Will a circle projected onto a cylinder be an ellipse?

I'm making a pump and I need to make a circular (from the front perspective) hole in a side of a pipe. I can't use a drill and I have to print out a shape that I will stick onto it and cut and file away. Will this circle projected off center onto a cylinder be an ellipse, or is it not an exact ellipse and I have to use a different shape?

To further clarify, it will look something like this picture if you imagine the orange pipe is a boring bit and is not reaching beyond the centerline of the green pipe. 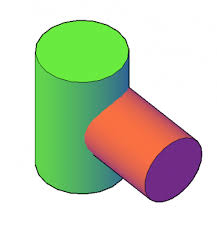 A) Let us consider first the case of intersecting axes (even, as Jean-Claude Arbaut has pointed to, they aren't intersecting in the question). In fact, the equation of the unwrapped intersection curve is a general oval curve (see equation (*)) and even more complicated curves with equation (**) which are not ellipses. 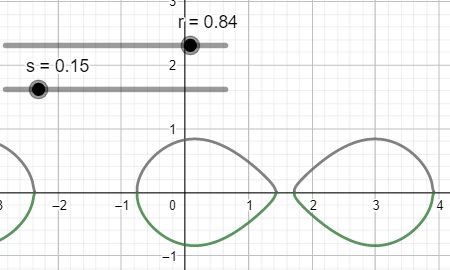 It is possible to play on the $r$ slider (and also the $s$ slider, see below) on the Geogebra figure:

(Look in particular how close to a circle is the curve when $r$ is small).

Its equation is (assuming the radius of the initial cylinder is $1$ and the boring cylinder has radius $r$ with the $x$ axis taken as its horizontal axis):

Indeed, knowing that unrolling the big cylinder is like taking angle $t$ as the new abscissa, it suffices to be able to express height $z$ as a function of $t$ as given by (*). This will be done in two steps, starting from the equality of Eq. 1b and Eq. 2b :

and then plugging this expression into Eq. 2b.

B) Now, the non interesting case is a little more complicated because (2) has to be replaced by

where $s$ is the shift amount, finally giving:

Remark: Playing with the $s$ slider, you will see the interesting case of lemniscates (looking like an $\infty$ sign). 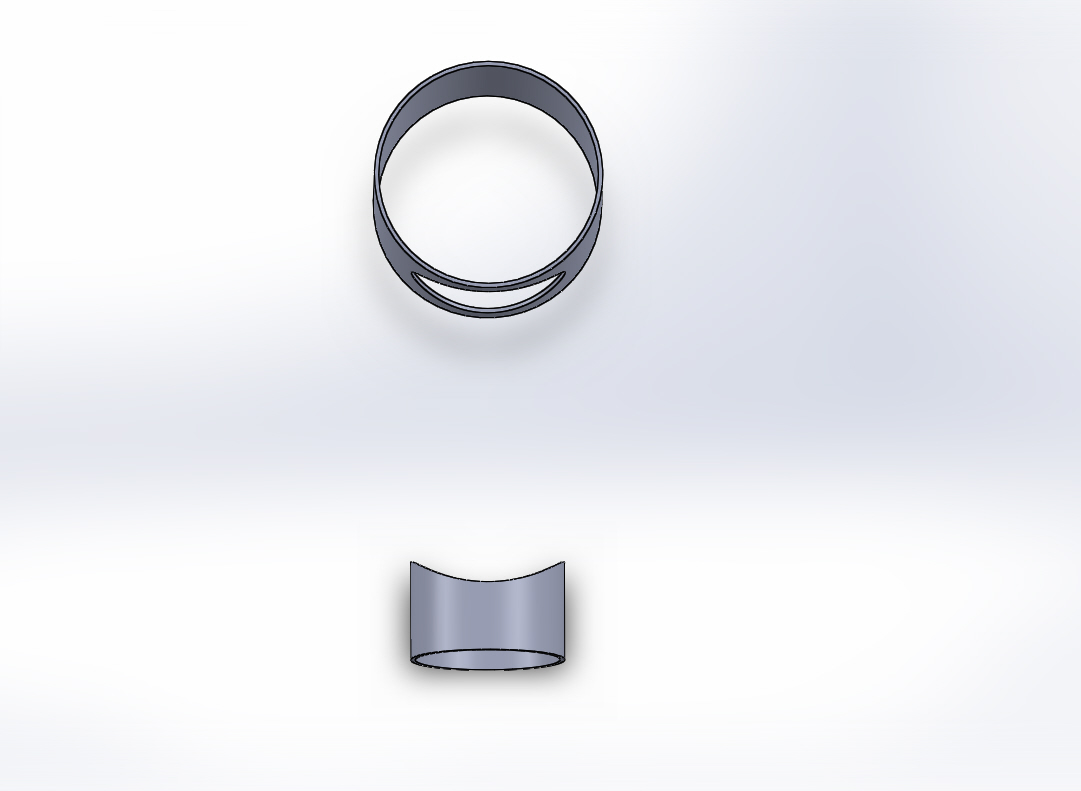 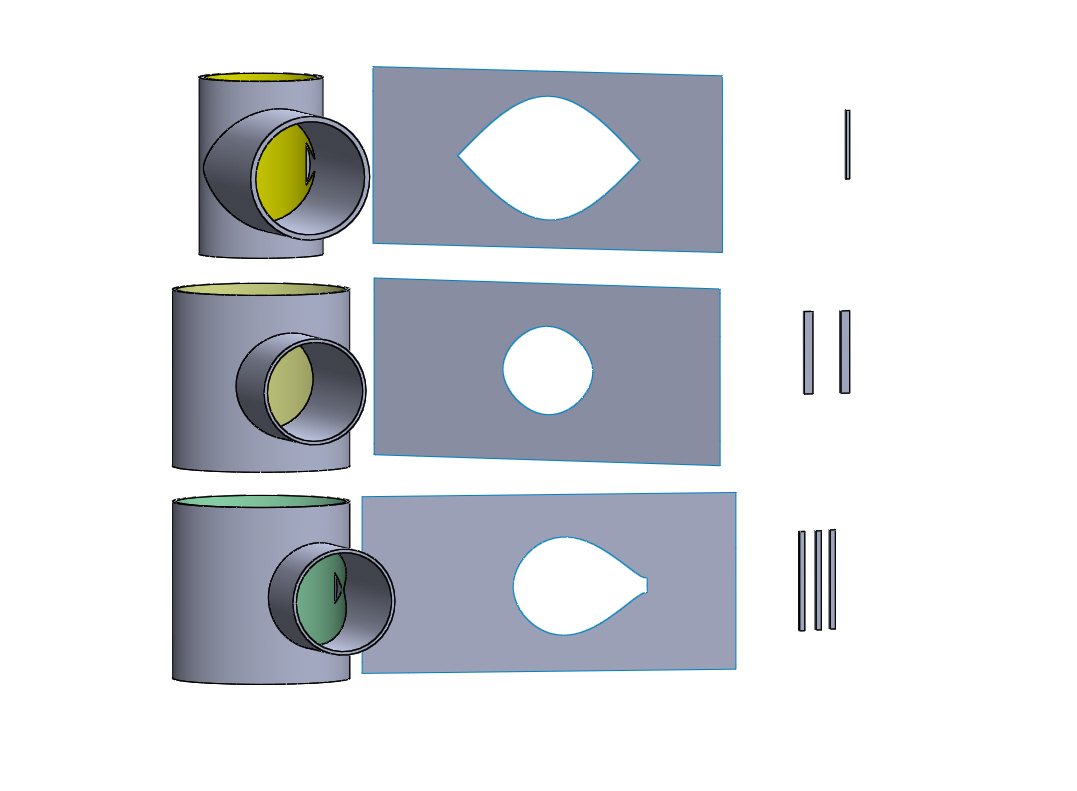 Hints: Here is three figures that may help you:

Flattened I:The of inserting pipe r is equal to radius of large pipe R and the axis es of two pipes are co-planer.

Flatten III: r<R and surface of insert pipe and large pipe are co-planer(the axis es of pipes are not co-planer).

The radius of cut of inserting pipe is equal to R in all cases.

5
What is the intersection of these two cylinders?

2
Mapping a distorted ellipse onto a circle
26
Name for a body that can be completely described using its silhouettes
4
Projected Area of Circle onto the Side of a Cylinder
0
Prove synthetically: projection of a circle onto a plane is an ellipse
0
Seeing if projected lines intersect a circle
2
Area of projected parallelogram onto a plane.
0
Projecting a point from an ellipse onto an analogous circle