I have two similar (from my point of view) limits:

How to deal with such limits? Is there any general procedure for solving limit like $\lim n \cdot \exp( f(nx) )$ where $f(\cdot)$ is some function.

The solutions above are based on the fact that the behavior of $y \, e^{a y}$ depends on the sign of $a$. For example

Since it is not $ \ x \ $ , but rather $ \ n \ $ for which the "limit at infinity" is being taken, the problem is describing two sequences of functions, each of which has some interesting peculiarities.

We would now consider the meaning of the limit $ \ n \ \rightarrow \infty \ $ for this: the curve comes down faster toward the horizontal asymptote and the area under the curve tends to zero, but the peak at $ \ x = 0 \ $ grows without limit. The limiting function would be zero everywhere, except at $ \ x = 0 \ $ , where it is undefined. (Because the limiting area is 2, this is a relative of the "Dirac delta" function. I'm not much of an analyst, but I believe this is an example of a function which is not uniformly convergent...) 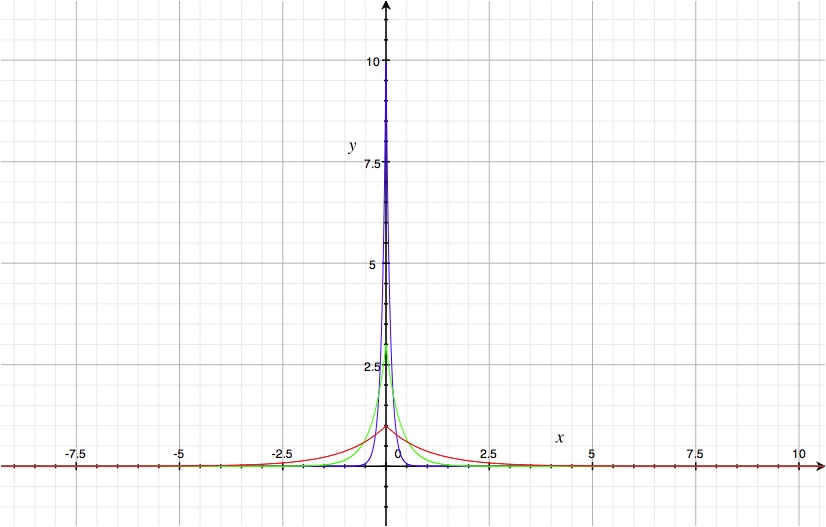 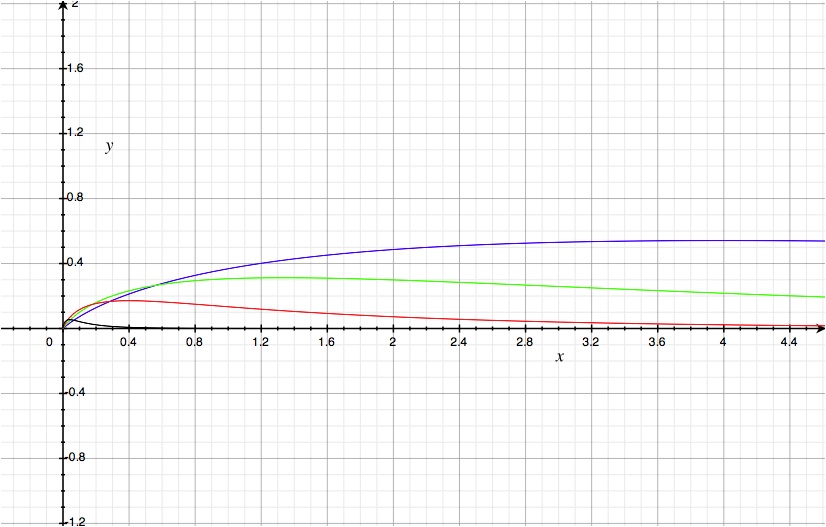