How "same" are two isomorphic groups?

From what I understand about isomorphisms is that two isomorphic groups are the same groups. They may have different names for the same elements and the operation. But the point is that the groups are same since their elements combine the same way.

Now my question is— Can I interchange $G$ and $G'$ whenever and wherever I want? I thought the answer was obviously yes but... now I'm not sure.

This is a great question and your example with group quotients perfectly highlights why one has to be careful about notions of identity when doing maths. To answer your question,

Can I interchange G and G′ whenever and wherever I want?

The answer is yes, as long as you are 100% sure that you are thinking of both groups as literally just groups and nothing more (people will sometimes use the phase 'up to isomorphism' to convey this idea). This resolves the problem you had with quotients: you can't quotient an arbitrary group by another arbitrary group, the group by which you are quotienting has to be a subgroup of the other. This is extra 'data' which can be encoded in multiple ways, one nice way is to consider the special injection that embeds the one group inside the other (which doesn't exist for two arbitrary groups). So to recap, subgroups aren't just groups, they're groups with some extra data and $2\mathbb{Z}$ and $\mathbb{Z}$ are different subgroups of $\mathbb{Z}$ despite being 'the same' groups (i.e. isomorphic).

Here is a question that is similar: when can replace equivalent things with one another?

So if we remember that an isomorphism of groups is a function $\phi:G\rightarrow G'$. With the example you gave you have $\phi:\mathbb{Z}\rightarrow 2\mathbb{Z}$, then your issue was that $\mathbb{Z}/\mathbb{Z}\not\cong\mathbb{Z}/2\mathbb{Z}$. However, the issue is where are you applying the homomorphism. You are saying that $G/G\not\cong G/\phi(G)$; however, we have that $\phi(G)\subset G'$ and $\phi(G)\not\subset G$ (although it may be isomorphic to some subgroup of $G$ like in your example).

The key use of an isomorphism is that you can take a problem in one setting and view it in another setting through the isomorphism. Thus, what would be true is that if $\phi:G\rightarrow G'$ is an isomorphism, then if $H\lhd G$, then it will be the case that $G/H\cong \phi(G)/\phi(H)$.

There is a precise way to formalise this.

We want to speak of sets not as collections of particular mathematical objects but as a bag of featureless dots. These bags of dots are related to each other by functions, which also relate dots in one bag to dots in another.

We define a "nice proposition about sets" as any proposition that can be generated from the following rules:

Note that we very deliberately avoided two things. First, there is no mention of the elementhood relation at all. Second, there is no way to compare two sets for equality, nor is there a way to compare two functions for equality unless the two have the same domain and codomain. This is deliberate. Also note that all variables here have specific types, and that we rely on these types to determine whether we can discuss equality.

Despite this avoidance, it is both an empirical fact and a (rather complicated) theorem that all propositions with no free variables can be translated to a "nice proposition about sets". For most mathematically useful propositions, the translation is relatively intuitive for those comfortable with category theory.

We thus have the following theorem:

To understand what's going on, we need to understand exactly what is going on with the statement $\phi(G)$. Note that in this statement, it is necessary for $G$ to be a subgroup of $\mathbb{Z}$ - in particular, it must be a subset. That is, we must have $\forall x \in G (x \in \mathbb{Z})$.

*An astute observer will note that this is exactly the language of category theory. A "nice proposition about sets" is just some statement about the category of sets (which avoids discussing equality of objects).

**Technically, we need a way to define $G^2$ first. This is done using the categorical definition of the universal property of the product.

This is just an elaboration of Arthur's answer elsewhere in this thread. I thought you might like to see a specific example.

and another subgroup $B$ that is generated by $\langle 0, 2\rangle$: 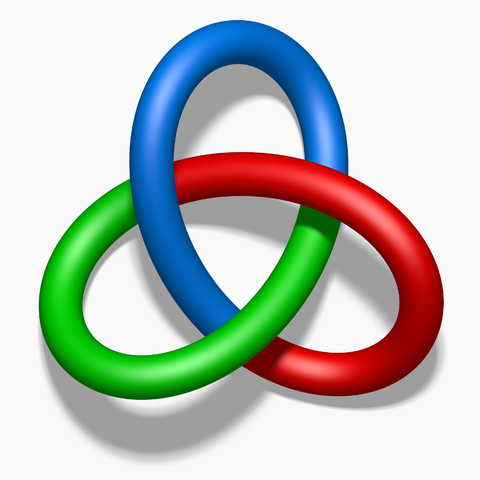 I think theses type of "same things" is a categorical notion but I am not sure.

same is true for $y=x$ and $y=\exp(x)$; both topologically are homeomorphic to $\Bbb R$, but one contains only positive numbers. One can say similar properties by considering them as additive and multiplicative groups.

Let me for convenience, first, assume all subgroups are normal, or that we are in an abelian group.

We form quotients of a group by its SUBgroups, not by another abstract GROUP. Subgroup means a SPECIFIC subset (which is closed ....) As groups Z and 2Z are "same". But as subsets of Z they are different.

This group $G$ has more subgroups of order 2 (isomorphic to H as a group) namely ones generated by a transposition in the second factor $S_3$. These subgroups are NOT even normal in $G$. SO quotient does not even exist by these subgroups.

Not the answer you're looking for? Browse other questions tagged group-theory group-isomorphism or ask your own question.