Consider a manifold $N$ and a submanifold $M$. We're assuming that $N$ and $M$ can be non-compact. Is it possible to find a metric $g$ of $N$ such that $M$ is totally geodesic with respect to $(N,g)$ and such that the metric $g$ has positive injectivity radius ?

This question came to me because I am trying to parametrize a infinite dimensional banach manifold of curves, hence I need the positive injectivity radius, and I also need that these maps satisfy specific boundary conditions, hence the totally geodesic condition. I have been thinking about this but I am have no idea on how to proceed.

Edit: This problem came to mind because I wanted to see if I could find a metric in $T^*M$ such that it has positive injectivity radius and with totally geodesic fibers. An idea would be to consider a metric in the conformal class of the Sasaki metric $g_S$. We know that the Sasaki metric has totally geodesic fibers. Then if we could consider something like $e^{2f}g_{S}$ such that it would have positive injectivity radius and $\text{grad}(f)$ is tangent to the fibers I belive we could consider this metric to get the desired result. However I have not yet been able to find this smooth function $f$.

Any help is appreciated, thanks in advance.

Let $E\xrightarrow{\pi} M$ be a vector bundle. We will construct a metric on $E$ for which $M$ (viewed as the zero-section) is totally geodesic and for which the injectivity radius is positive.

We'll use a construction of Matthew Kvalheim (see here). Let $E'$ be a complementary vector bundle in the sense that $E\oplus E' \cong M\times \mathbb{R}^k$ for some $k$. (Such compliments exist even if $M$ is non-compact, see here.)

Let $g$ be a complete metric on $M$ with positive injectivity radius and bounded curvature. The existence of such metrics is shown in

I claim that $M$ (viewed as the zero section) is totally geodesic in $(E,h)$ and that the injectivity radius of $E$ is positive.

What about a bound on $\ell(E)$? Well, first note that $\ell(M)$ is bounded below by a positive number because $M$ has positive injectivity radius.

All that's left is the case that $\alpha$ is trivial, that is, that $\alpha$ is constant. In this case, $\gamma$ is a geodesic in the fiber in $E$ above $\alpha(0)$. But this fiber is is isometric to Euclidean space with flat metric, so has no closed geodesics.

Not clear fully to me; There should be common tangentiality along with tangential curvature continuity ? like a contacting cylinder-ellipsoid pair with common geodesics ? 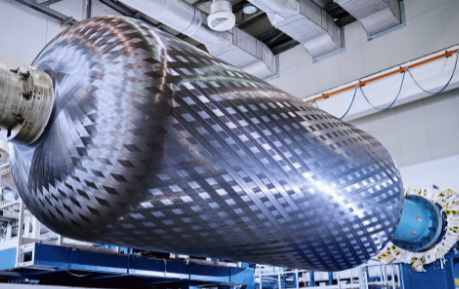 Not the answer you're looking for? Browse other questions tagged differential-geometry riemannian-geometry differential-topology or ask your own question.