how to find the angle between two angle without coordinate system

If there are vectors V, A, B, and C starting from a common point O but no coordinate system is given. 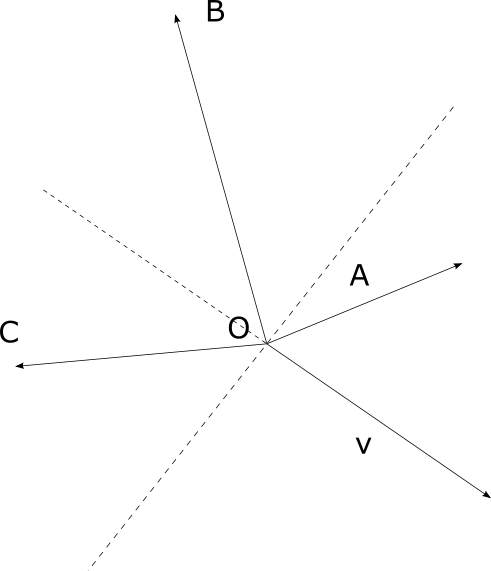 Suppose that we have just two intersecting vectors. Then, we shall both agree that we are going to have 4 angles –but actually just two different angles– 2 obtuse angles and 2 accute ones.

If you claim to have at least the length of those very same vectors, we can actually lengthen them in the opposite direction as advantageously as it might be, for us, in that case.

At least I reckon –if I am not mistaken– two different ways of solving this problem. One involves isosceles triangles and, the other one right triangles.

By an induction reasoning, you should be able to use the very same techniques for an unlimited number of intersecting vectors.