A recurrence for the number of non-crossing partitions without singletons, using Dyck paths

Now, I want to find a recurrence for $f(n+1)$ which will be not that far from the Catalan decomposition, since we can see the non-crossing partitions of $\{1,2,\dots,n+1\}$ as a subset of the Dyck paths:

however, I can't see how to justify that in a combinatorial way, any idea?

$f$ generates the Riordan numbers, OEIS A005043, and the combinatorial proof of their Catalan-like recurrence below is adapted from Bernhart's Catalan, Motzkin and Riordan numbers listed as a reference there.

Bernhart defines a short bush as a rooted ordered tree that is either trivial ($0$) or where all internal vertices have at least two children. If $b(n)$ is the number of such bushes with $n$ edges, $b(n)$ satisfies the same Catalan-like recurrence as $f(n)$ through the following almost-bijection between short bushes with $n+1$ edges and ordered pairs of short bushes with $n$ total edges: 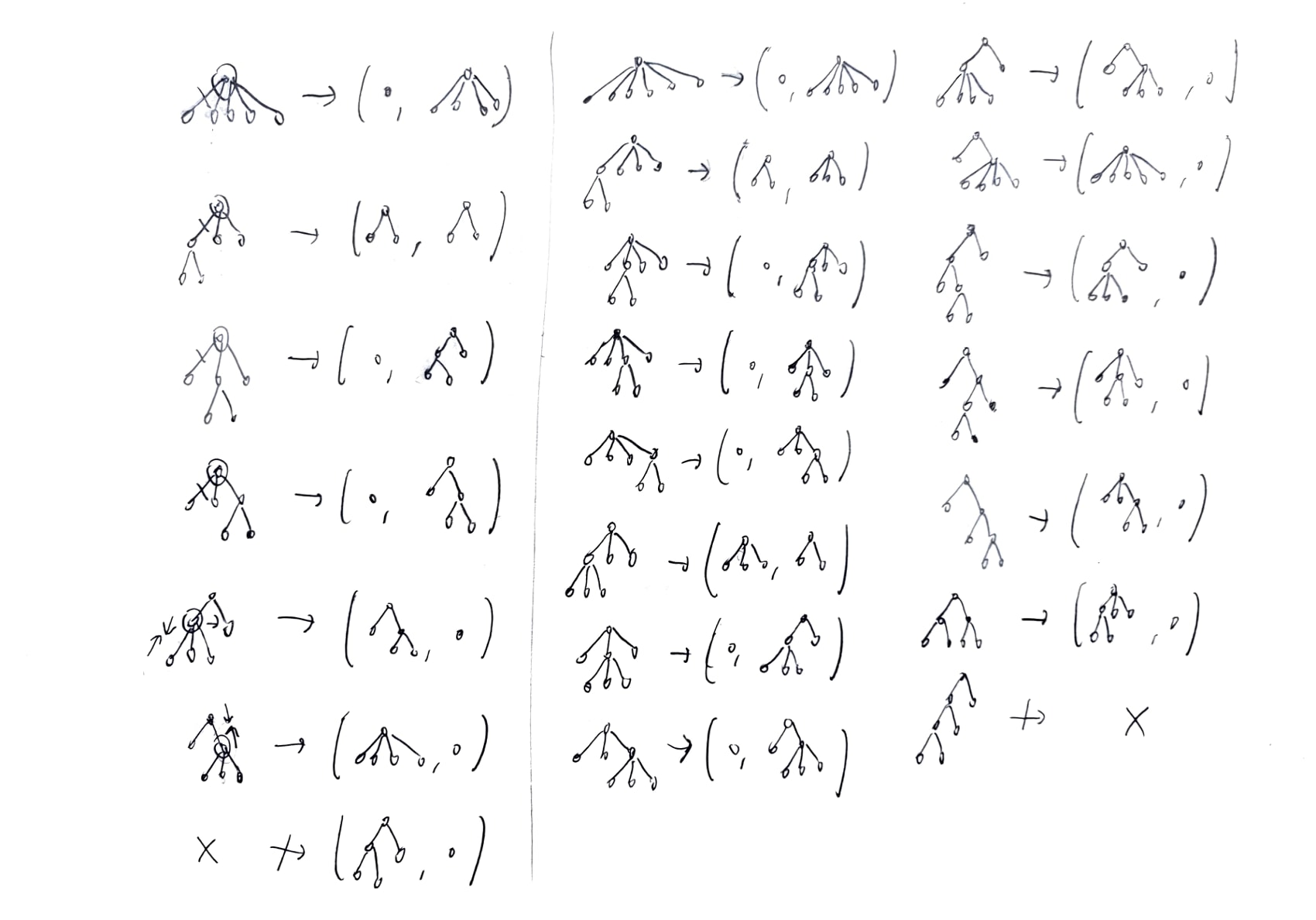 There exists an inverse to this map, but $(B_{2k},0)$ has no inverse. The existence of these unmatchable objects adds $1$ to $b(n)$ when $n$ is even and subtracts $1$ when it is odd, thus showing the Catalan-like recurrence.

$b(n)$ is in turn equivalent to the number of "feasible" non-crossing partitions of $n$ objects, where no part uses two consecutive items when the items form a circle, and from there equivalent to $f(n)$ through the following bijections: 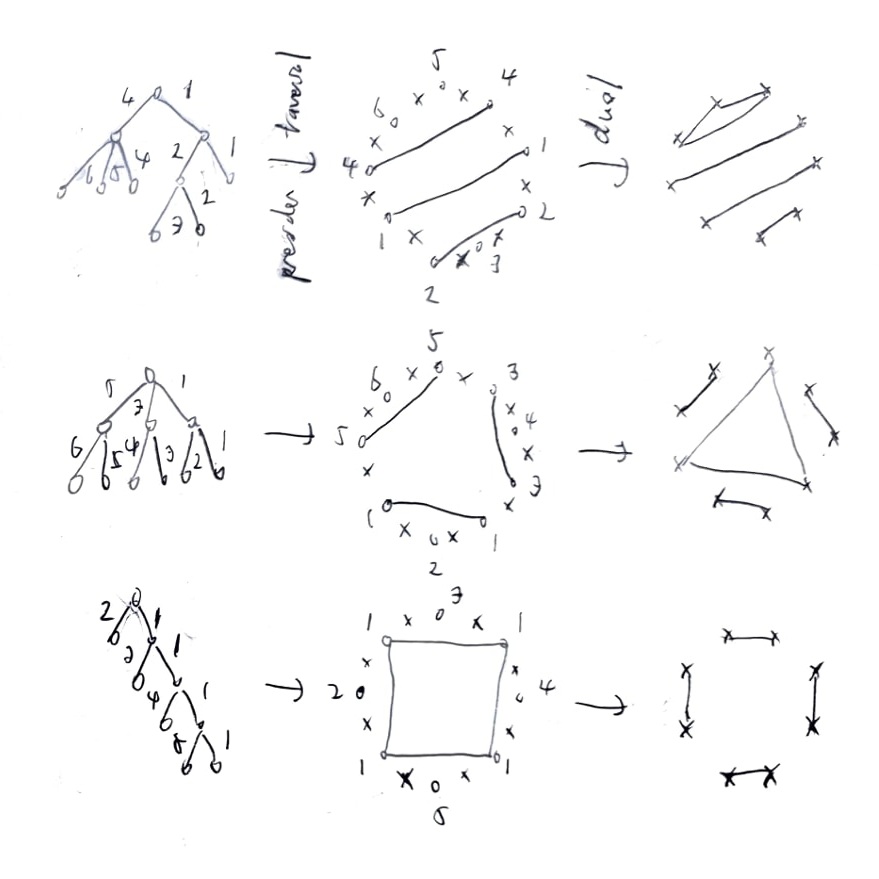 Now given a feasible non-crossing partition, form its dual by interlacing new items between the old ones and grouping them into new parts using the old partitions as boundaries. The aforementioned property guarantees that the dual partition is non-crossing with no singletons (which would arise iff a part of the old partition used consecutive items), completing the $b(n)=f(n)$ proof.

Not the answer you're looking for? Browse other questions tagged combinatorics discrete-mathematics combinatorial-proofs set-partition catalan-numbers or ask your own question.