Area under the function $f$

Let consider the function $f:\mathbb R \rightarrow I$, where $I$ is $(0,1)$. Consider that $f$ is both continuous and bijective. Let's assume that it is strictly increasing. Now consider a real number $\alpha \in I$.

What do we have to prove is that for every $\alpha \in I$, there are the irrational numbers $a$ and $b$ such that:

What I got is:

Since $f$ is both continuous and bijective then it is strictly monotonous. The Hypothesis told us that it is strictly increasing. So we are fine at this point.

This is what seems to be the area under function $f$. 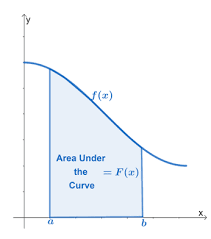 What do we have to prove is that for every $\alpha \in I$, there are the irrational numbers $a$ and $b$ such that:

@winic92046 This is too long for a comment, so have written it here. But know that this is just a comment for now.

A train of thought:

I don't imagine it will be quite as simple as this, as there are some details that I neglected, but I believe a similar approach is worth trying.

3
homeomorphic spaces
1
What continuity of the derivative has to do with the proof of $\int_a^b f +\int_{f(a)}^{f(b)} f^{-1} =bf(b)-af(a)$
14
The 'Square root' Function
2
Can an area under the following function exist?
0
Area under graph of function with uncountably many discontinuities
0
An increasing function continuous at irrational points, but discontinuous at rational points.