What exactly am I doing wrong in this problem?

Ok so below is my attempts to this problem. Obviously what I got is wrong, but I'm confused on what I did that was wrong. I'm trying to figure out what is wrong with my understanding. Note: I didn't know how to include fancy symbols like I see on other post so I just installed a picture instead. 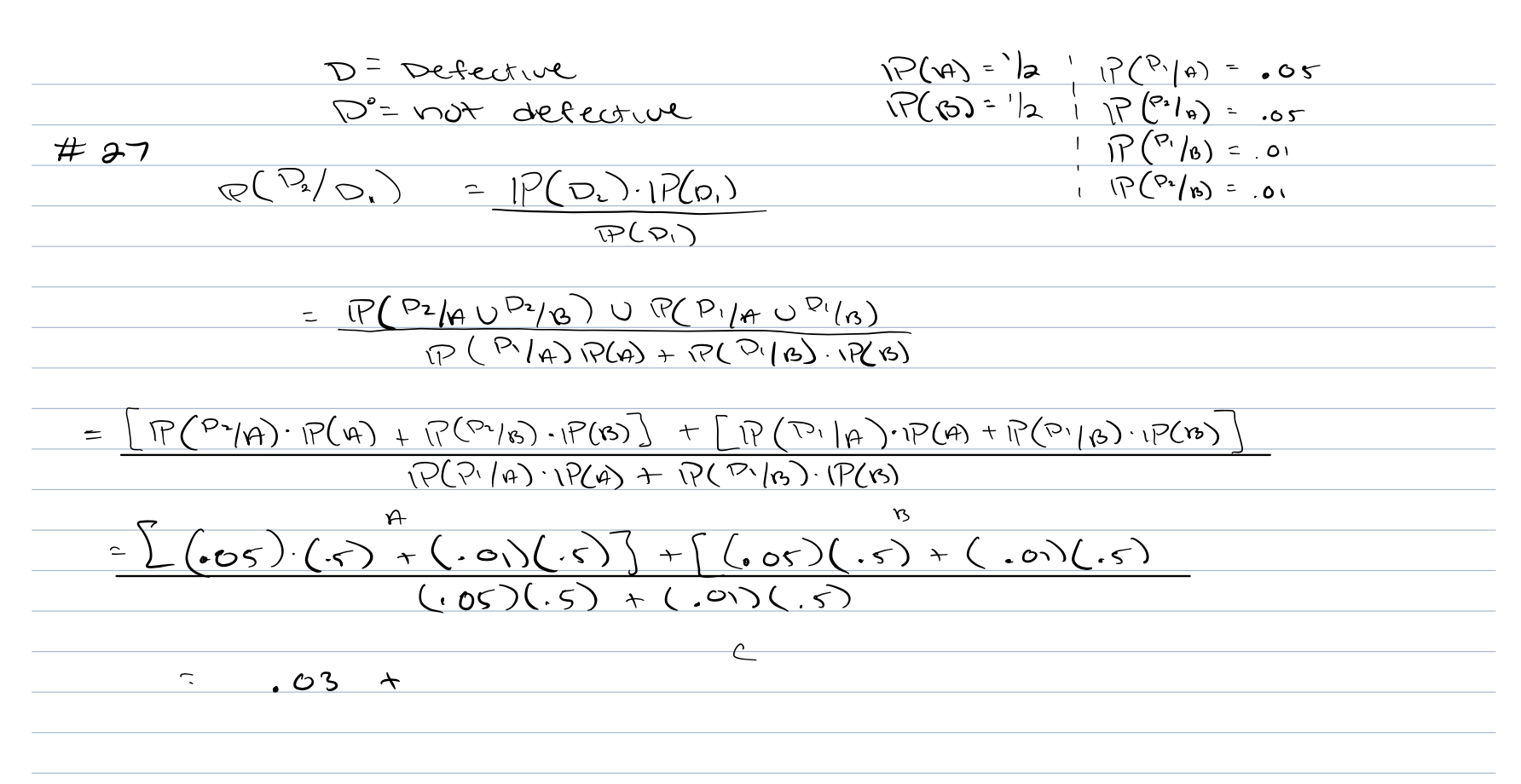 3
Why was I wrong doing this problem?
0
Poisson Distribution - dealing with big numbers
0
Help with probability problem
1
Probability Question for Defective Machine Parts
1
Finding conditional probability of having a girl equally likely from having a boy?
0
Statistics Probability of defection of computers produced by a factory
1
A binomial distribution question with given $p$ and $n$
0
Random Variables: Show that conditional on the number of successes, all possibilities for the list of outcomes of the experiment are equally likely
0
Finding expectation using iterated expectation in a production line case