Show that $3$ lines must concur

I was recently posed with the following problem:

Naturally, I first made a quick sketch of the problem: 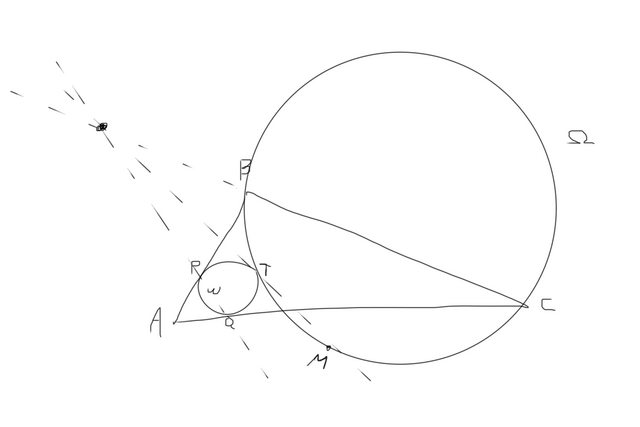 I then managed to loosely show that $T$ has to be on the angular bisector of $\angle BAC$, i.e. the point where $\Omega$ intersects with this angular bisector. This also very simply shows that $P$ and $Q$ must be the same distance away from $A$, or in other words, that the triangle $\Delta PQA$ is isosceles.

With this information, I made a new, more accurate diagram: 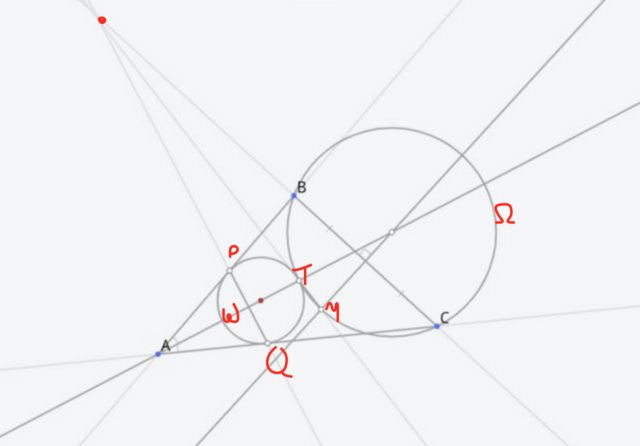 I then started trying to prove the statement in the original problem. Since we know $M$ and $T$, and we know $BC$, we can now find the point where the three lines must concur. Then, since we know that $\Delta PQA$ is isosceles, my idea was that we could find the point of concurrence, and draw a line from it to $\Delta ABC$, such that it would make an isosceles triangle at the points where it intersects with the triangle, and check if those points are $P$ and $Q$ (the points of tangency with the circle). If they are, then we have proved it to be true, since $P$ and $Q$ make a line to the point of concurrence, otherwise, it is false.

This is where I got stuck, I don't know how I would go about finding this line from the point of concurrence to $\Delta ABC$, or how I would then go about showing that it intersects at $P$ and $Q$ specifically. I pondered this for a few days but couldn't think of anything, so I decided to ask it here. All help is greatly appreciated!

EDIT: it turns out a claim I made earlier was wrong, $T$ does not have to lie on the angular bisector as @user10354138 pointed out

EDIT: I also had another finding I forgot to include in my original question. Since $\omega$ is tangent to line $AB$ at the point $P$, it follows that the centre of $\omega$ must lie on the line perpendicular to $AB$ at point $P$, and similarly for $AC$ and point $P$, like so: 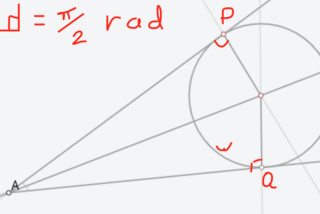 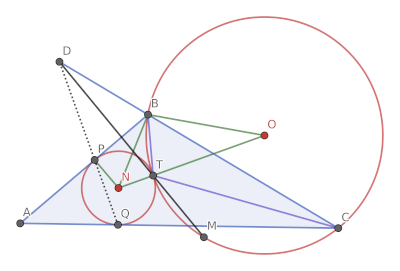 Not the answer you're looking for? Browse other questions tagged geometry contest-math euclidean-geometry recreational-mathematics or ask your own question.

4
How to prove that these lines are concurrent?
1
Show that the center of the circumscribed circle of the triangle ABC is on the line AE.
0
Some geometry - I have found a paralelogram
3
Prove that $BP,CQ,AD$ concur
1
Help with proving the following points are collinear
1
Geometry question with perpendicular lines and angle bisectors in triangle
4
Prove that 4 points are concyclic in a shape which includes right-angle triangles, bisectors, and circumcircles of triangles
2
Lines joining vertices and reflections of Isodynamic Point concur at the Fermat Point
0
Given a scalene triangle $ABC$ with $H$ orthocenter, prove that two lines are parallel

// TODO sg: TMP solution until we are confident in our current implementation of async imports // once we are, we can move the if into the js entry file and dynamically load the mark obsolete module