What is convection-dominated pde problems?

Intuitively, diffusion means "smooth", while convection could possibly contain non-smoothness due to its derivation from an integral conservation law. For example, if we make the diffusion term $D\sim 0$ almost gone, the solution may looks like the following in a 2D problem: 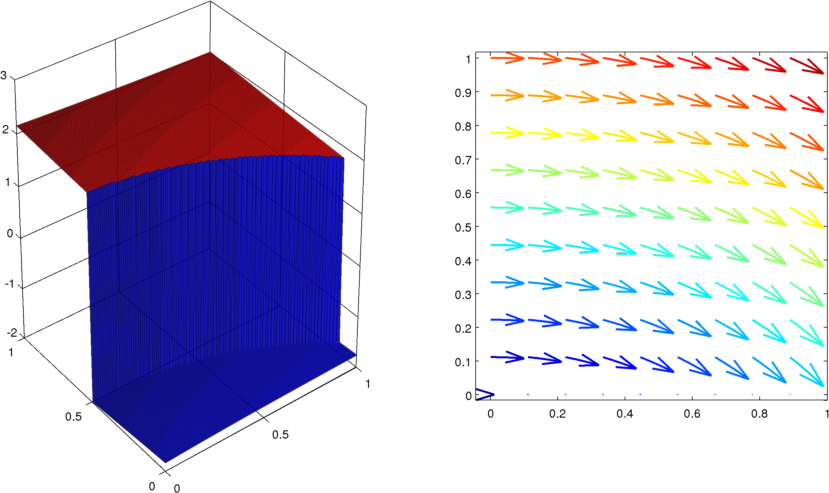 where the solution's discontinuity "flows" with the field $\vec{b}$ on the right. If the diffusion constant is huge, i.e., not convection-dominated, then the steep slope will be smoothened as the quantity being transported along with the flow $\vec{b}$.

As I said in the comments, traditional numerical methods relies on the smoothness of the solution. Solution like above can't be solved by tradition numerical schemes like you listed. That's why people using Discontinuous Galerkin finite element to numerically solve this type of problems, while we don't impose the continuity conditions of the numerical solutions, in the meantime the conservation can be guaranteed numerically.

Not the answer you're looking for? Browse other questions tagged partial-differential-equations numerical-methods finite-differences or ask your own question.