What is meant by "No tensor may be expressed as a single tensor product"? 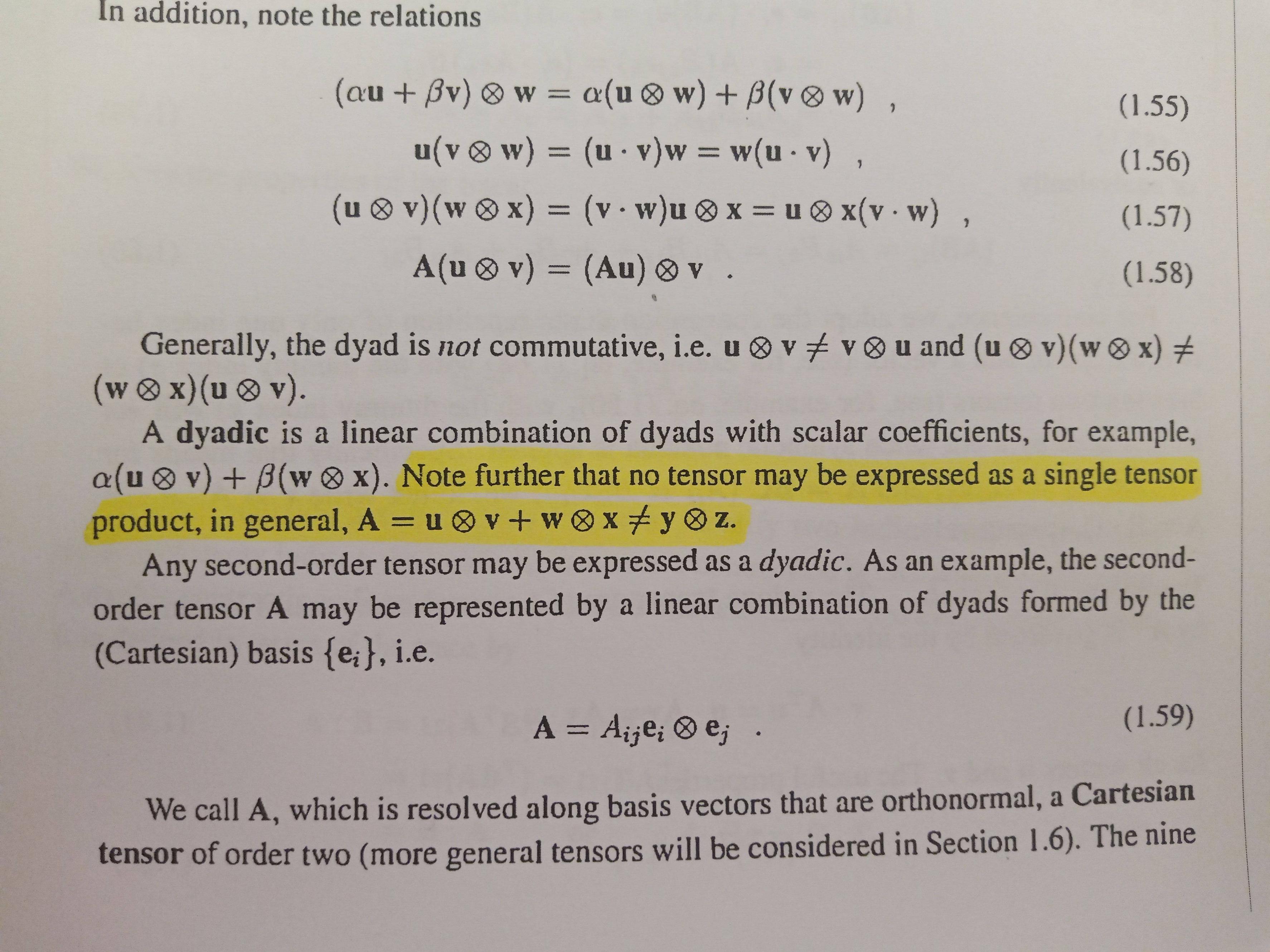 I find that a poorly worded sentence. It should say something like

Not every tensor can be expressed as a "simple/pure tensor".

What this means is that if we take two (say real) vector spaces $U$ and $V$, then in general it is NOT true that for every $\xi\in U\otimes V$, there exist $u\in U$, and $v\in V$ such that $\xi=u\otimes v$. Said another way, such pure/simple tensors $\{u\otimes v\}_{u\in U, v\in V}$ are special things. Also, in general, the sum of pure tensors need not again be a pure tensor.

Not the answer you're looking for? Browse other questions tagged tensor-products tensors or ask your own question.

37
Intuitive way to understand covariance and contravariance in Tensor Algebra
7
Help me understand the tensor product
4
Question about cross product and tensor notation
3
How are these definitions of the inertia tensor the same?
1
Tensor Product Notation third order
1
Wedge products and Basis for the set of antisymmetric tensors
2
Free vector spaces and construction of Tensor Product
9
A tensor product vs the tensor product.