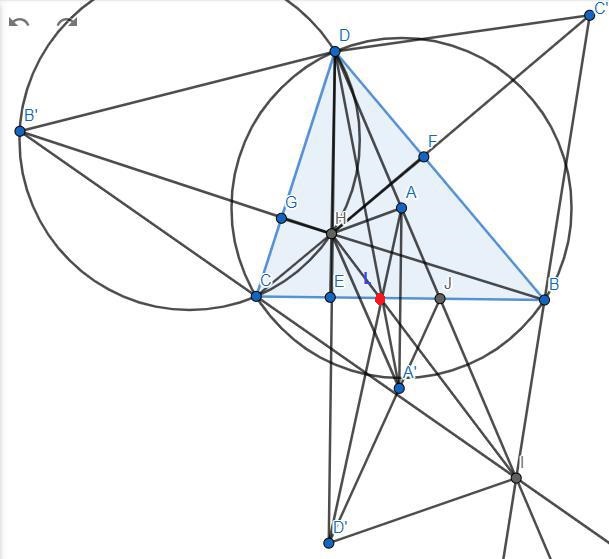 We can easily see the following:

Thus, with the above$ 3 $things and by the angle addition method you can completely prove that $C'B,B'C,AD$ are concurrent at $I$ and quadrilateral $ABIC$ is also a cyclic quadrilateral.

But I have no idea how to prove $HA$ parallel to $D'I$ . I hope to get help from everyone . Thank you very much ! 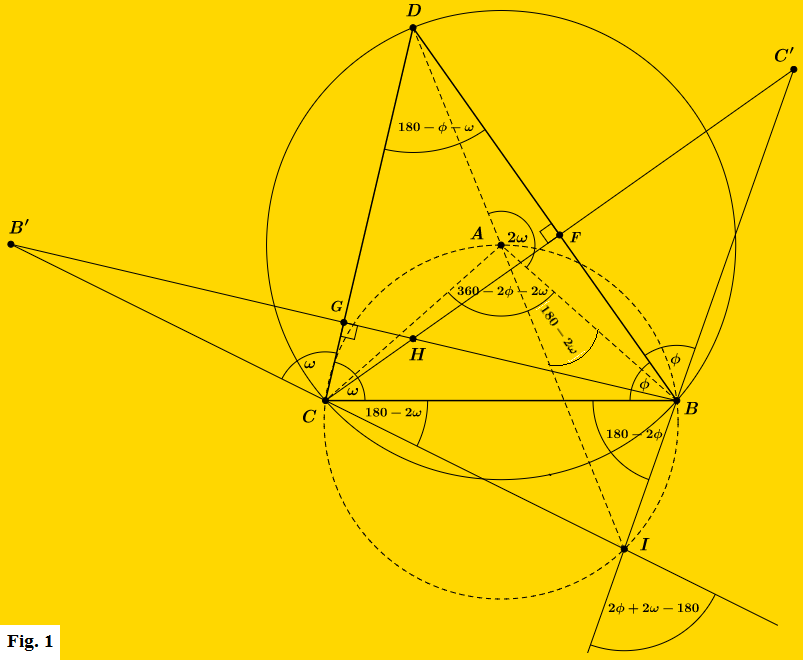 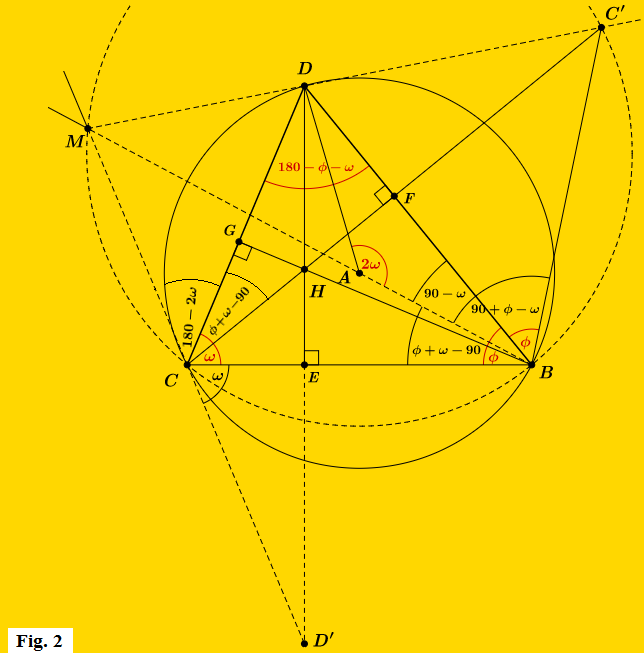 As shown in $\mathrm{Fig.\space 2}$, we introduced a new point $D’$ to our configuration as the reflection of $D$ in $BC$. After joining $D’C$ and $BA$, we extend both of them to meet at $M$. Furthermore, it is necessary to join $D’E$, $MC’$ and $DC’$. Please note that the angles shown in red have been either assumed or determined in Part 1. 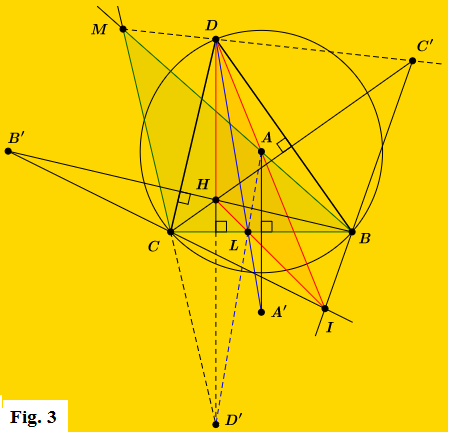 Now, consider the two triangles $MCB$, which is green, and $DHI$, which is red. By grouping together one vertex from each triangle, we form three different pairs of vertices, which we call pairs of corresponding vertices. If we can form these pairs of corresponding vertices in such a manner that the three lines joining the two vertices in each pair concur at a point, which is called the perspective center, we say that the two triangles are perspective from a point. Consider the following pairs of vertices formed from $\triangle MCB$ and $\triangle DHI$. $$\{ M,\enspace D\},\qquad\{C,\enspace H\},\qquad \{B,\enspace I\}\qquad $$

We proved in Part 2 that the line $MD$ goes through the point $C’$. Meeting of the lines $CH$ and $IB$ at $C’$ is specific to the given configuration. Therefore, these two triangles are perspective from a point.

According to the Desargues’ theorem, if two triangles are perspective from a point, they are perspective from a line called perspective axis as well. This means that the three points of intersection of pairs of corresponding sides lie on a straight line. The three pairs of corresponding sides of the two triangles $MCB$ and $DHI$ and their individual points of intersection are given below. $$\{MC,\enspace DH,\enspace D’\},\qquad\{CB,\enspace HI,\enspace L\},\qquad \{BM,\enspace ID,\enspace A\}\qquad$$

Therefore, the points $D’$, $L$, and $A$ is on the perspective axis of $\triangle MCB$ and $\triangle DHI$. This means that these three points are collinear.