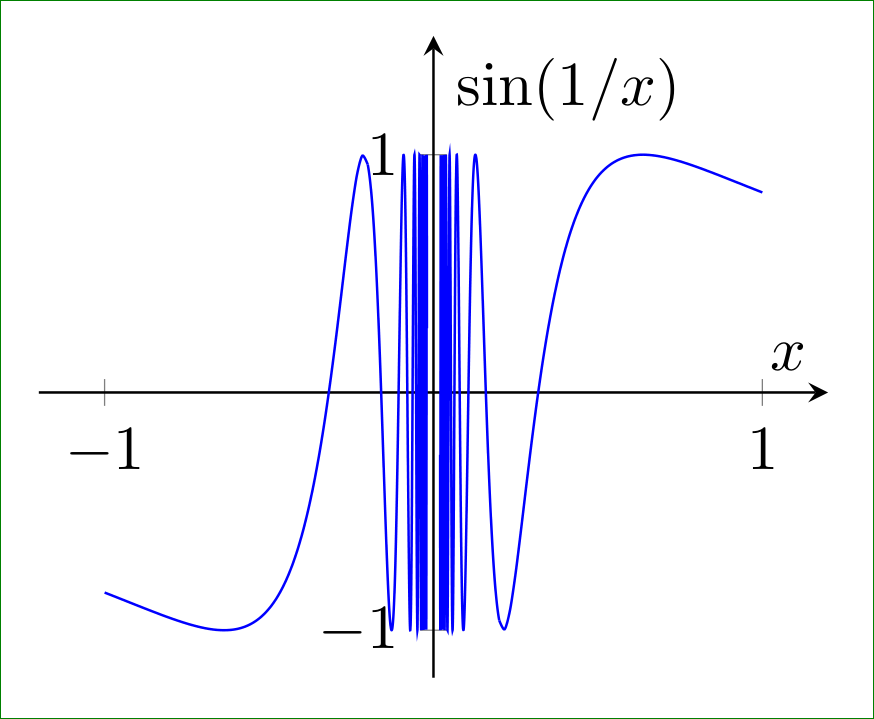 I was reading about discontinuous functions when I came across this function. It was stated that the function has no limiting value at $0$ since it rapidly oscillated between $[-1, 1]$ as we approached $0$.

My question is, thinking graphically, as we approach close to $0$ the inclination of the graph should be almost $90$ degrees ACW since the rate of oscillation increases exponentially as we move toward $0$ which means the graph can appear to pass through the origin (since it is an odd function; although it is undefined at origin) which should mean the limit is $0$.

Where am I going wrong with this intuition?

Edit: Added a drawing for more clarity on my question 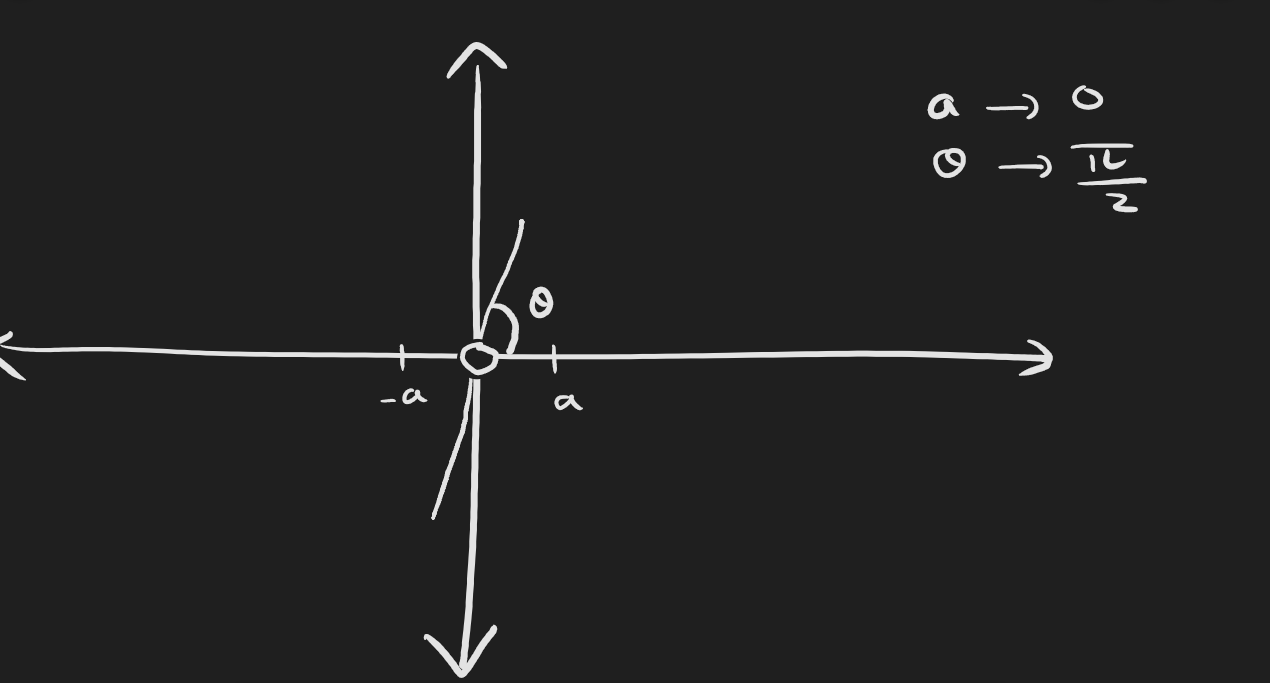 The rate of the oscillation does indeed "blow up" around $x=0$. What this means is that there are infinitely many waves in the interval $(-\delta,\delta)$ for any positive $\delta$, and in each of these waves you can find $y$-values of between $-1$ and $1$. Since the $y$-values don't settle upon a single value, the limit does not exist. Try comparing the behaviour of $\sin(1/x)$ around $x=0$ with $x\sin(1/x)$.

Not the answer you're looking for? Browse other questions tagged calculus limits functions continuity or ask your own question.