Meaning of $\alpha$ in Laguerre polynomials

I found that generalized Laguerre polynomials are:

However, I wonder what is the meaning of $\alpha$ in this expression. How does influence in the polynomial?

I know that it may shift it because if we evaluate it int $x=0$, we get

But, do these polynomials still converge using the Least Square approximant if $\alpha \neq 0$??

EDIT: this last question is referring to use Laguerre series to approximate a function $f(x)$ by

where $c_k$ are the fourier coefficients of Laguerre:

and $w(x)$ is the corresponding weight function, namely

Very roughly speaking: Laguerre polynomials look like the family of trigonometric functions ($\sin nx$ or $\cos nx$) in the region where the weight is concentrated. That is, they have moderate size and slowly increasing oscillation with $n$. Outside of this region, they look pretty much like any random collection of polynomials.

When $\alpha=0$, the weight $e^{-x}$ is concentrated near $0$. On the graph below the weight is shown in black, and the first five Laguerre polynomials $L_n$ are in various colors. You can see that they look like $1-\sin nx$ near $0$, and then wildly diverge when the weight becomes small. 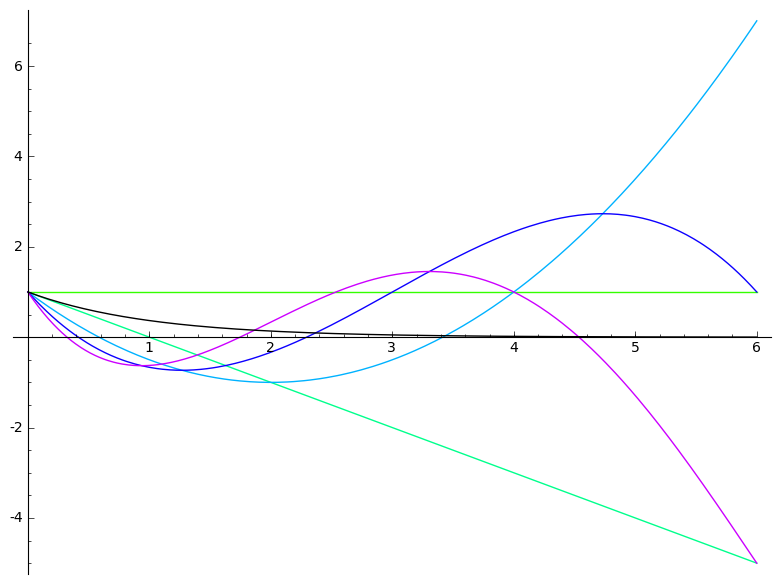 For comparison, I did the same with $\alpha=2$. The polynomials have civilized appearance where the weight is not too small, roughly in the interval $[1,4]$. They wildly diverge both to the left and to the right. 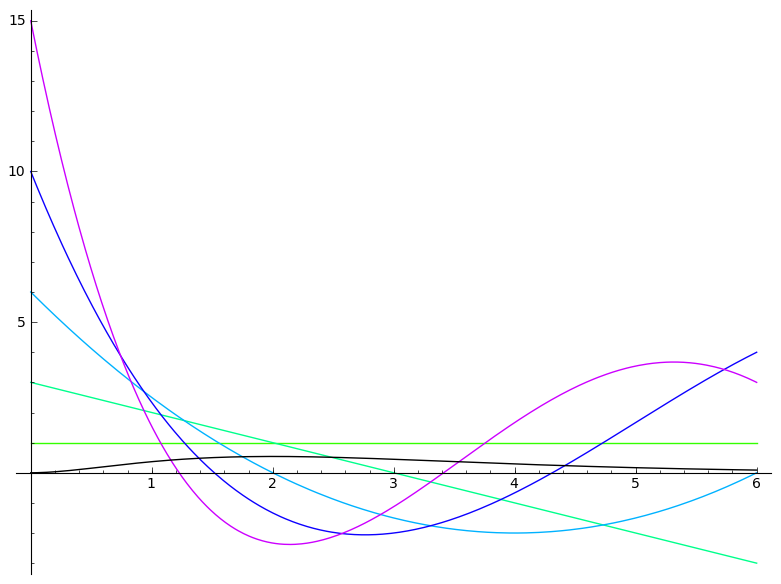 do these polynomials still converge using the Least Square approximant

Not the answer you're looking for? Browse other questions tagged special-functions approximation orthogonal-polynomials approximation-theory or ask your own question.