Where $A$ is the initial amount, $t$ is the number of time periods and $k$ is the growth rate. With this formula I can determine the function for a given variable using two known points. Then, once I have the function I can estimate the amount after $t$ time periods.

I wondered if there's an equivalent logarithmic function? I'm working with a variable that appears to follow log growth and I would like to know if there's a function I can use, similar to exponential growth, where I can plug in an initial amount $A$ and estimate the future amount $A(t)$ after t time periods. I would like to know if I can estimate $k$ in the same way as with a exponential model?

I was thinking I could try to flip a exponential line to get it logarithmic.

E.g. just playing around with the exponential function on Desmos, I can swap signs and add fixed amounts to get a line resembling a looking closer to a logarithmic function, e.g. $y=-10^{-\left(0.5\cdot t-1\right)}+10$ 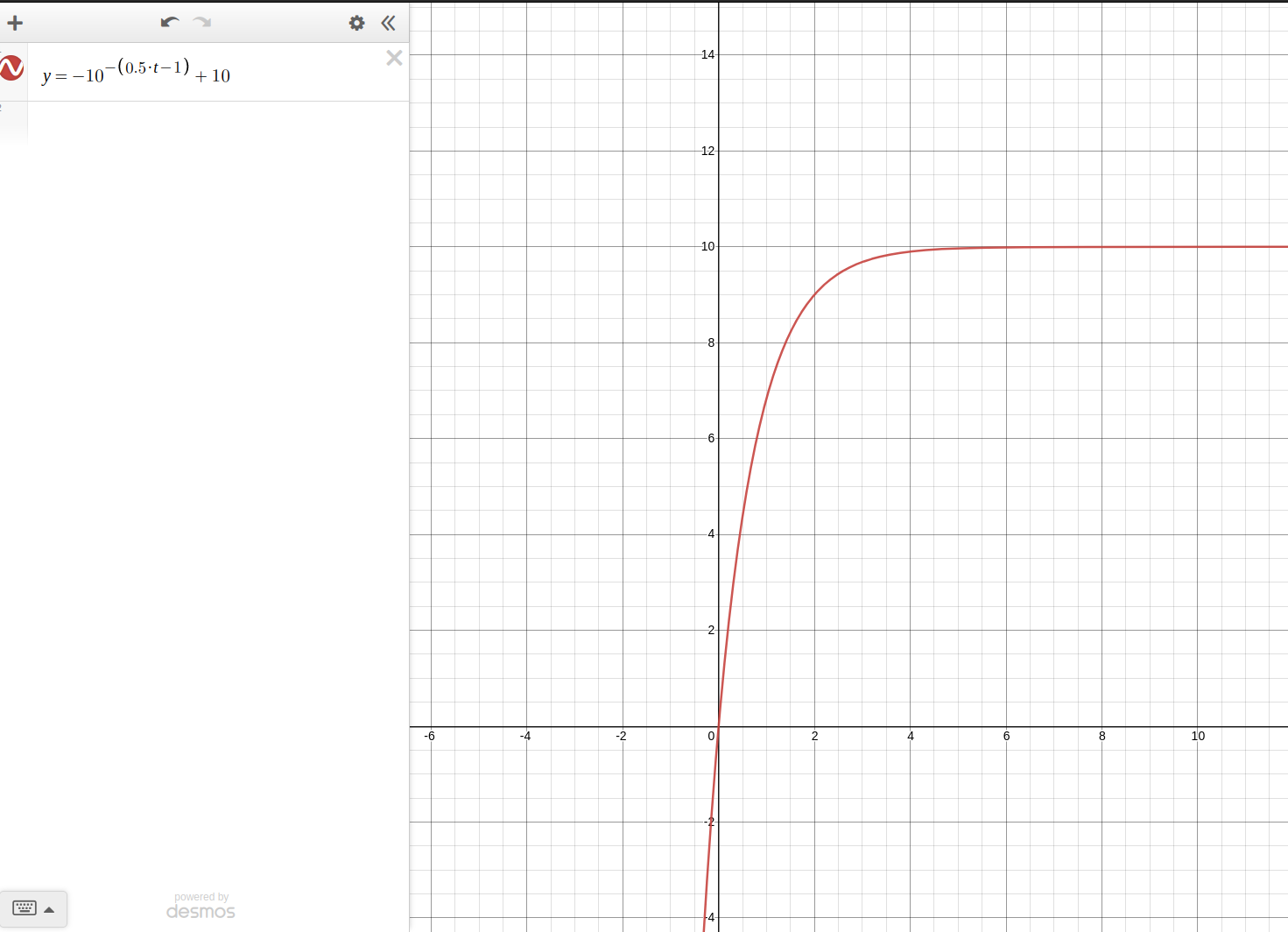 Is it possible to wrangle the exponential growth formula to make it work for logarithmic growth where I can estimate future values of $Y$ after $t$ time periods?

Here's a visual of the variable I'm working with. It's cumulative revenue for an app. Data are disguised and scaled. It appears, visually, like a logarithmic curve. 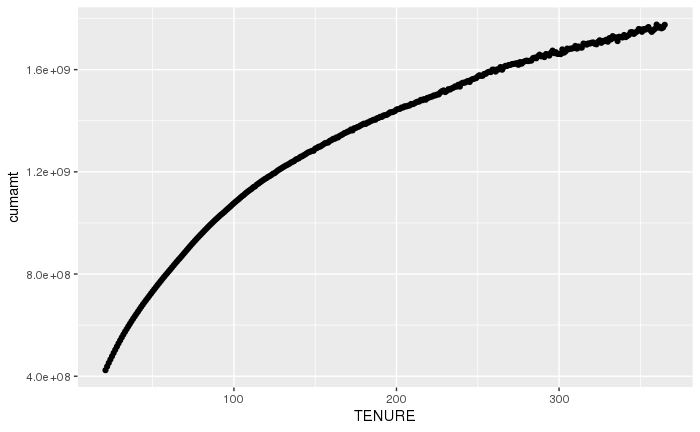 Here's the same chart with the natural log of the x variable. Not a perfectly straight line but for the sake of this post let's pretend that it is: 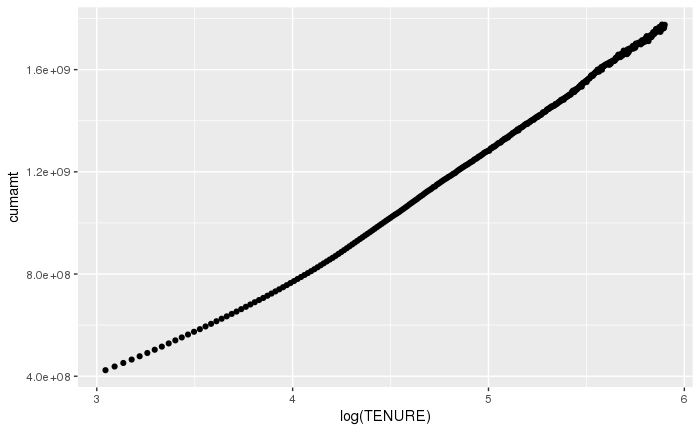 It's logarithmic growth in that is starts of steep before leveling off. As opposed to exponential growth which starts of slowly before sharply increasing.

algebra-precalculus logarithms exponential-function
Share
edited May 21 at 16:51
Doug Fir
asked May 21 at 15:55

If you want to use $y=a+b\cdot\ln(x)$ you can apply a linear regression to estimate $a$ and $b$. But first you have to transform the x values.

Not the answer you're looking for? Browse other questions tagged algebra-precalculus logarithms exponential-function or ask your own question.