Why are multiples of 30 adjacent to prime numbers more often than any other number?

This is closely related to this question, in which I asked about pairing of numbers in the same problem, which I defined as follows:

Given a number $n$, the sequence of "prime-adjacent multiples" is defined as any multiple $k$ that is $\pm 1$ away from a prime number.

It essentially boils down to: How frequently do multiples of my number live next to a prime number?

This can be calculated by running an extremely simple python script (as follows, just if you wanted to try this yourself):

Which will calculate the number of times a multiple of a number $n$ is adjacent to a prime for each $n$ from 0 to 1000, for the first 5000 multiples.

Running this shows that 30 has the most "prime-adjacent multiples" for the first 5000 multiples. As there was a bit of preamble, I'll restate: I want to know why this is. Why are multiples of 30 adjacent to prime numbers more often than any other number? 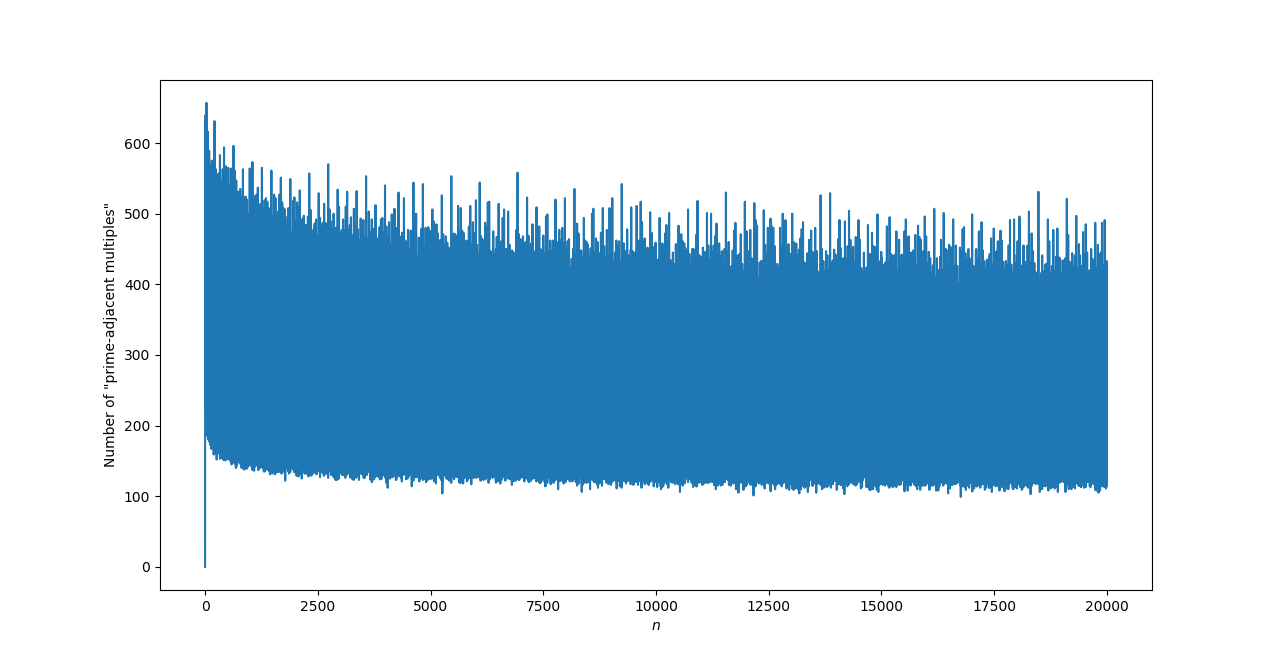 Where the initial peak at the start is 30 (closely followed by 6). The graph would indicate that no number would ever be able to reach a peak similar in size to the numbers at the start.

The rough "reason" is that $30$ is the product of the first three primes, so the neighbors of its multiples can't have those primes as factors, which increases the probability that a neighbor is prime. That's why $6$ is another peak. If you look carefully (I haven't) you may find a kind of peak at $7 \times 30 = 210$.

Not the answer you're looking for? Browse other questions tagged prime-numbers or ask your own question.

4
Why are some numbers "paired" in their prime distribution