What I'm wondering is whether there is anything cool or surprising about writing numbers in this way. I've tried thinking of some interesting features and here's a list of pros and cons so far:

So anyways, thanks for reading this far. I'm putting this on here because I'm curious to hear what more knowledgeable people think about writing numbers in this way. Has this been done before? Are there any surprising patterns here? Is this just an inconvenient way of writing numbers which we already know plenty about or might it offer a different perspective? Are there any applications which could benefit from greatly speeding up multiplication at the expense of forgoing addition?

My final pitch: imagine a bunch of aliens landed on Earth. Wouldn't it be easier to describe this system to them (since primes are presumably universally studied) than decimal numbers which are based off the number of fingers we happen to have on our hands? So isn't this a more natural number base? Let me know!

Saw this recently and was curious about how these numbers grow, even with exponents reduced $\pmod{2}$. 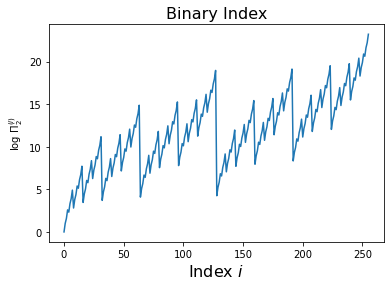 When plotting up to larger values

and with different bases 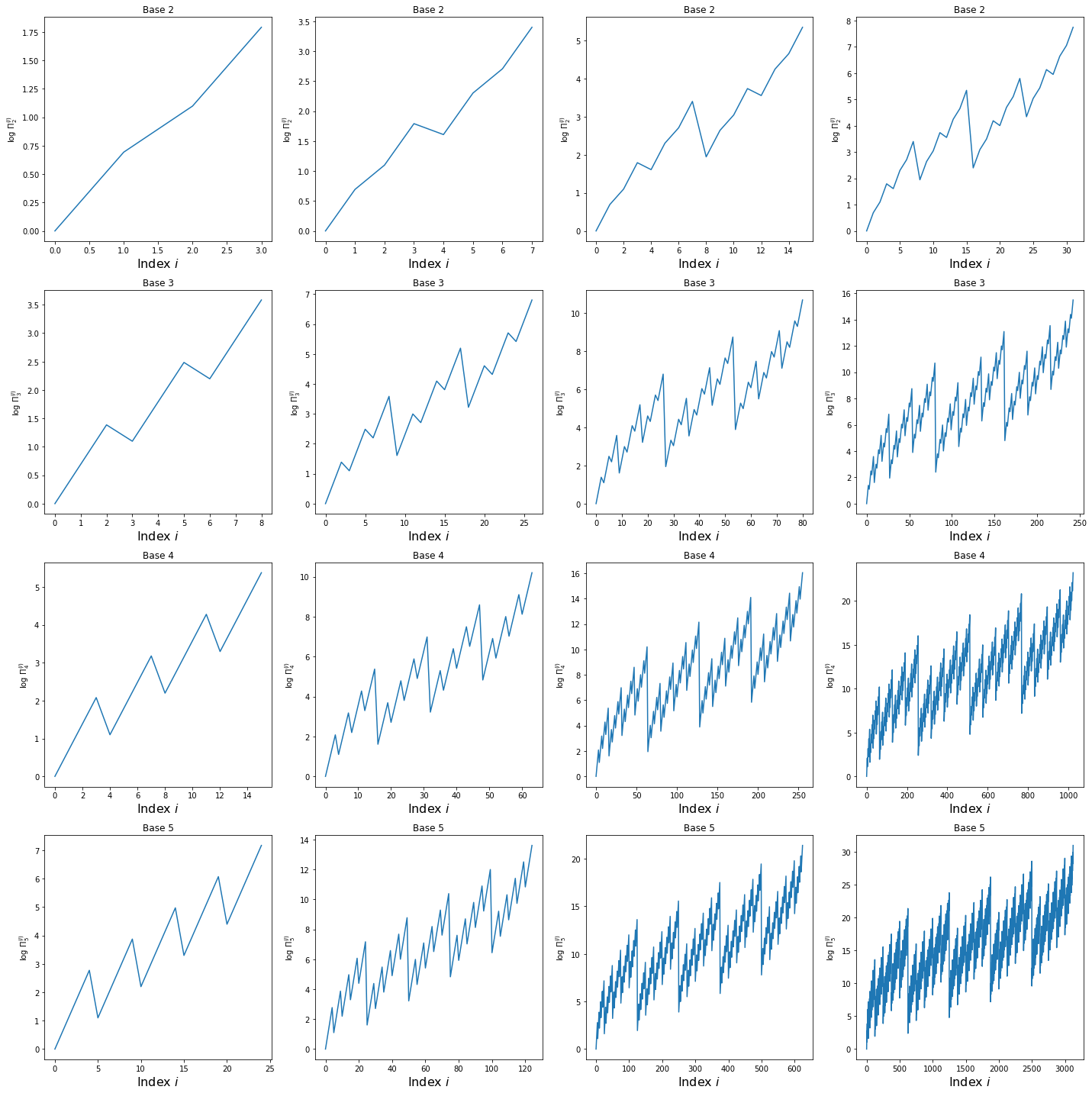 , the pattern becomes clearer: in base $d$, we have $d$ peaks, each recursively made of up $d$ peaks.

Unfortunately, the explanation for this self-similarity is not particularly surprising. Imagine inducting on the exponents base $2$. Then if the first $n$ strings are $x_1, x_2, ..., x_n$, the next $n$ strings will simply be $x_1, x_2, ..., x_n$. This will look identical to the plot of the first $n$ numbers, except shifted up by some constant prime.

Not the answer you're looking for? Browse other questions tagged cryptography philosophy number-systems or ask your own question.

5
How to find in which number base the operation was done by looking at the corresponding operation in decimal system?
19
Multiplication of doubly-infinite decimal numbers
0
Converting from decimal to any number base.
2
Why is base-10 decimal?
1
What is the logic behind the octal to decimal conversion using the expansion method?
0
Why multiplication by numeral system base and raising to corresponding power converts any numeral system integer to decimal only
1
Are there any properties that distinguish the decimal numeral system?