Onion-shaped dome cathedral architecture seen here appears to include in its lower part a geometry of positive, and in upper (steeple) part negative Gauss curvature.

The corresponding elliptic and hyperbolic geodesics transition at an inflection cone radius. 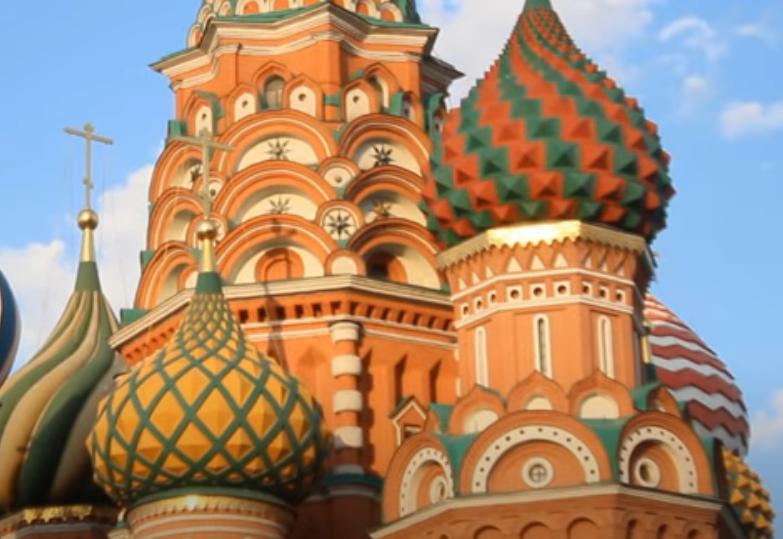 They typically have continuous contrasting curved lines as seen on the middle yellow tessellated surface. It has been modeled approximately now like: 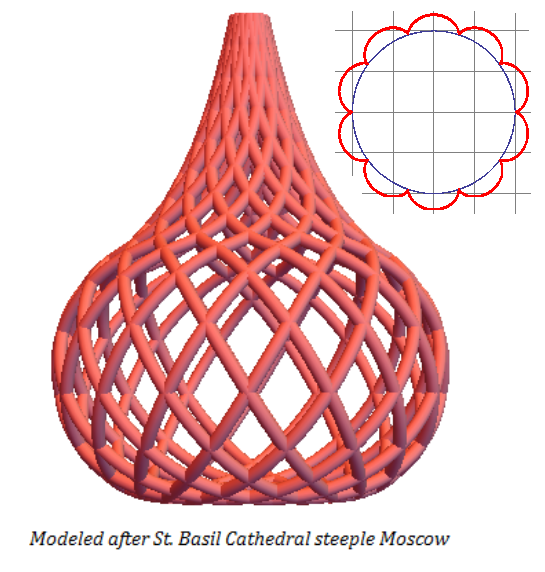 What intrigues me is the artful way its architect produced a variety of cupolas on the same onion meridian ( upto scale ) by changing :

How might have been the lines drawn and built? Was differential geometry developed enough during Ivan's time in architecture for computations? Are there such shapes built as domes/steeples elsewhere in the world?

Short answer: differential geometry did not exist at the times of Ivan IV, and was not needed for the job. The reason is two-fold: 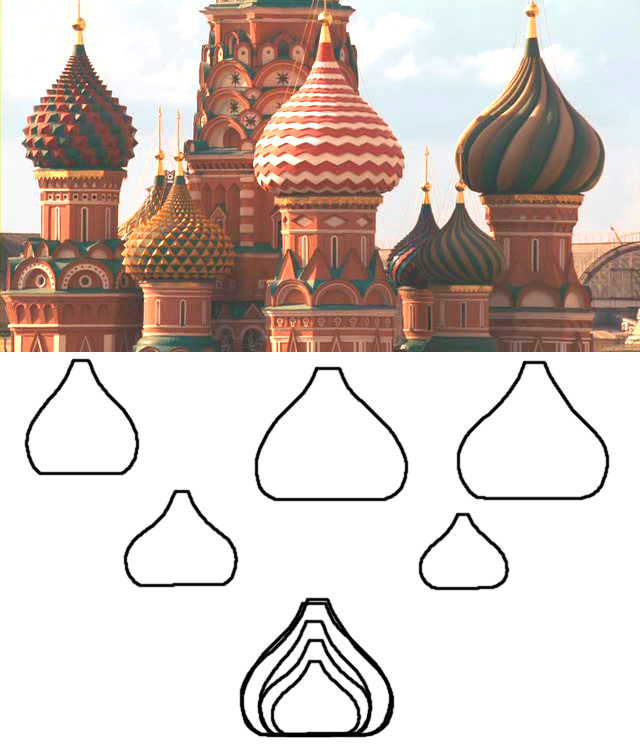 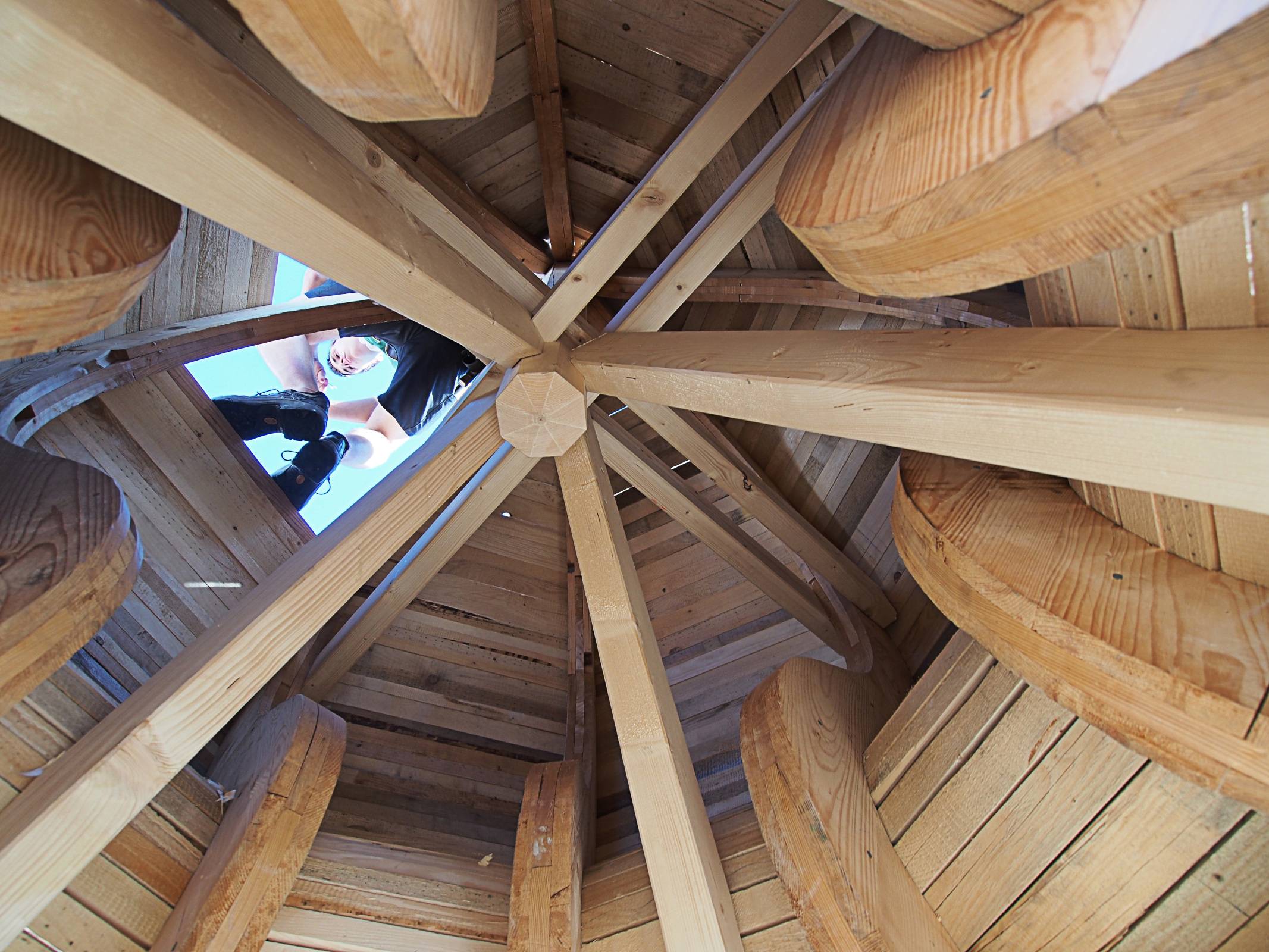 Onion domes were widespread in Russia at least as early as in the XIII century, as indicated by their appearance in the drawings of the time. Research (the paper by S. Zagraevsky in Russian) shows that they were very inlikely inspired by any foreign building and should have depicted actual churches in Russia. While for the end of the XVI century I can imagine a discussion whether there was something similar to differential geometry already, there certainly was none in the XIII century.

As for the use outside Russia, onion domes start appearing in the XVI century. The earliest example in Europe appear to be Convent of the Franciscan Sisters of Maria Stern, picture below. 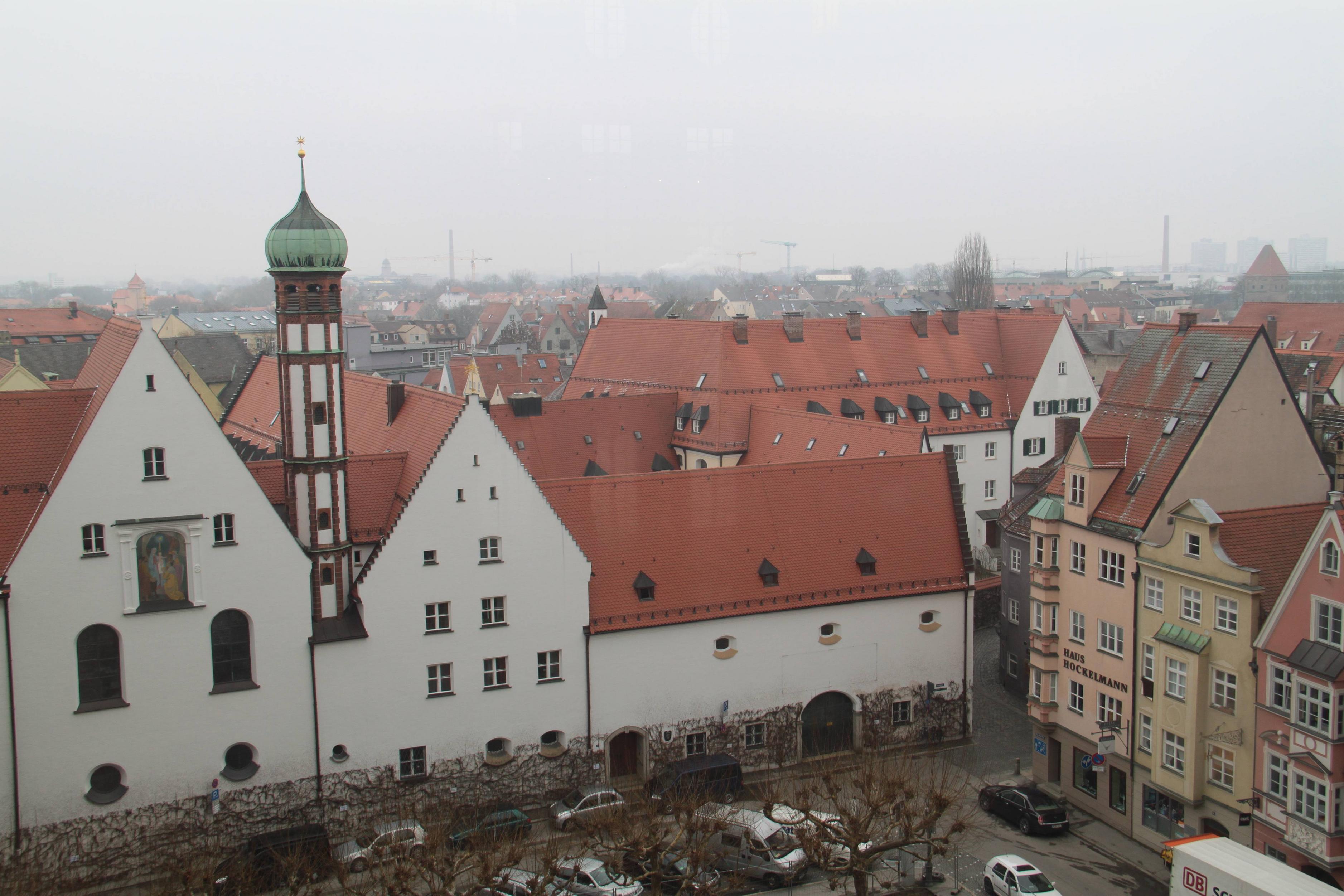 Similar dome shapes also appear at the time in Mughal architecture, though they look more like a sphere with a cone on top of it (because they are built of stone, apparently).

Other examples and an overview can be found in Wikipedia, although the sections on the history should be taken with a grain of salt.

Not the answer you're looking for? Browse other questions tagged differential-geometry soft-question applications geodesic art or ask your own question.