Circle-to-circle contacts on a hexagonal grid.

In OEIS sequences A047932 and A263135, coins are placed in a "spiral" on the faces or vertices of a hexagonal grid respectively, and the number of coin-to-coin contacts are counted. The following images illustrate these two constructions respectively: 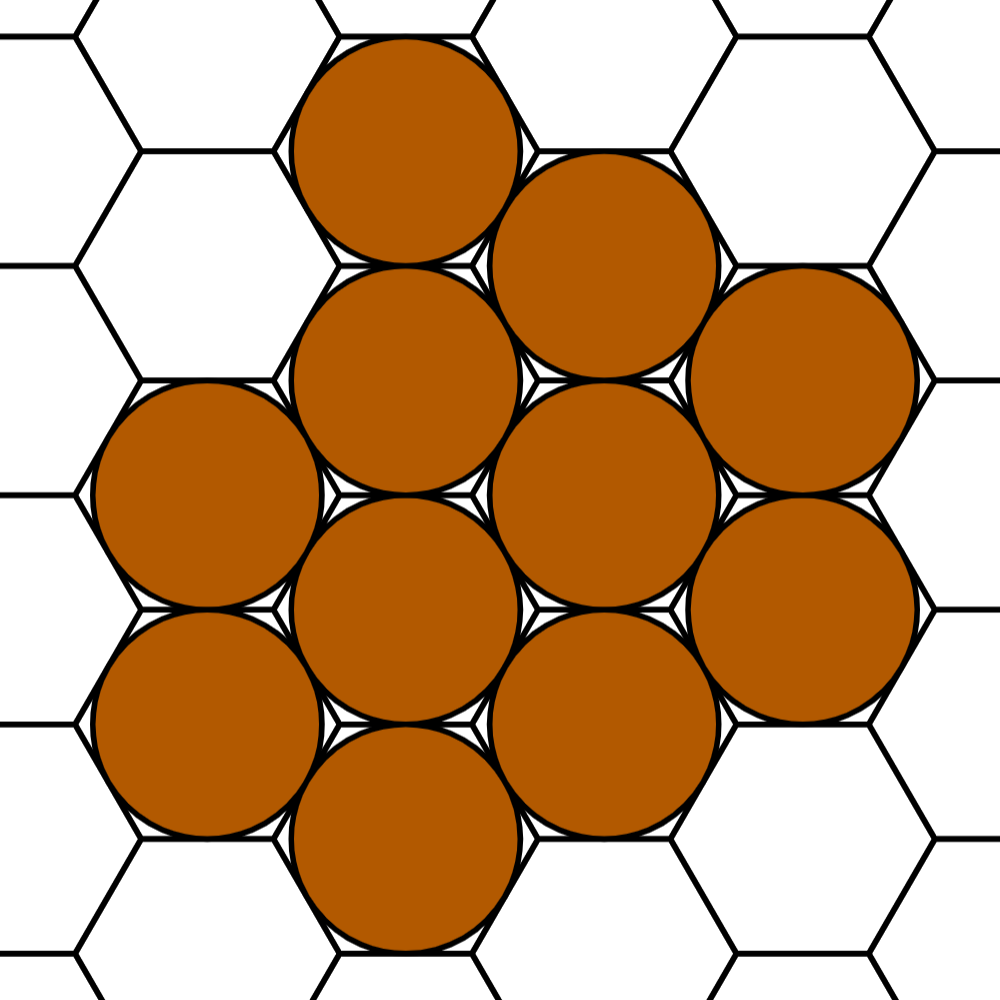 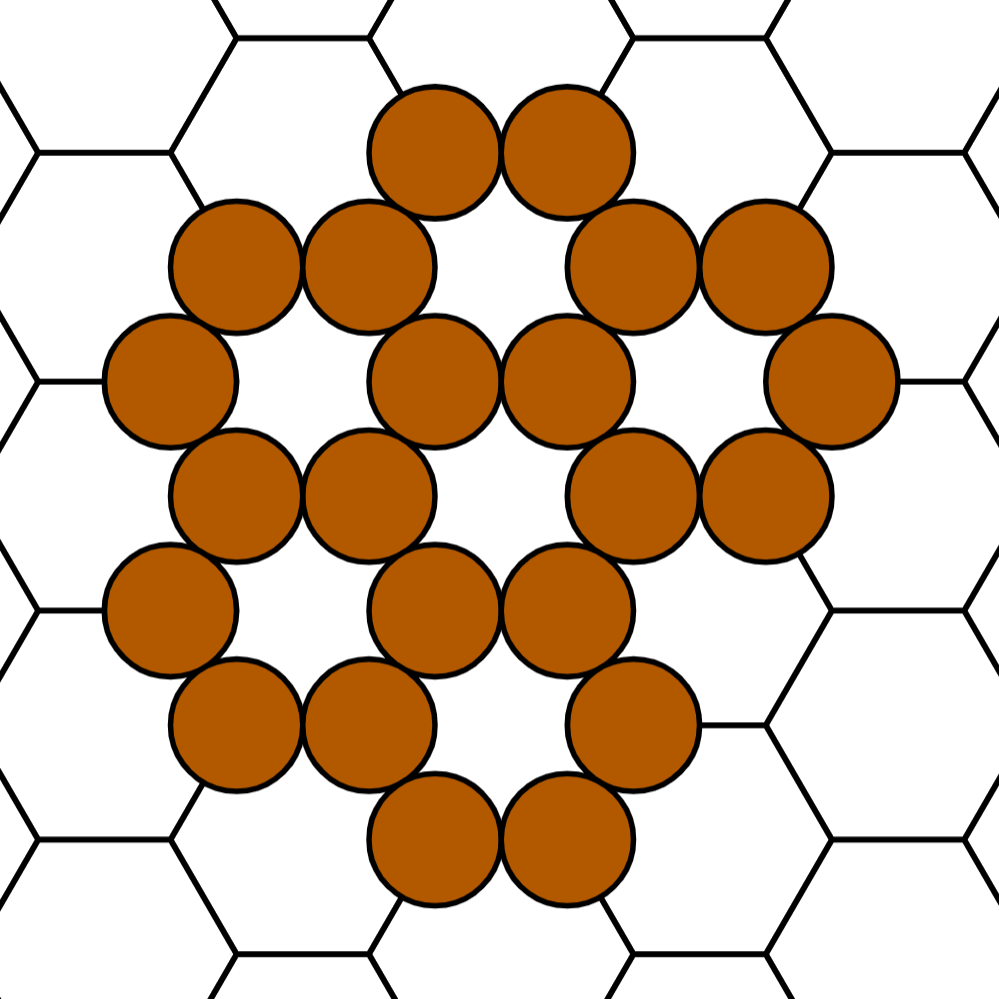 Browse other questions tagged combinatorics geometry integer-lattices or ask your own question.

29
Pick's Theorem on a triangular (or hex) grid
9
Is there such a thing as the "edge-face dual" of a polyhedron, and is the "edge-face dual" of a cube a rhombic dodecahedron?
2
Cellular Automata: Does there exist an initial group of cells in a square lattice which never zeroes out completely?
1
How many non-overlapping circles can you fit into an area?
6
Coin Toss Game - Flip Until Failure
2
How do I solve this problem...? Placing 3 coins in a 4x4...
1
Alignment of rotated hexagonal grid
3
How to construct a chamfered dodecahedron with equilateral or coplanar faces?