Linearity of Power of Point 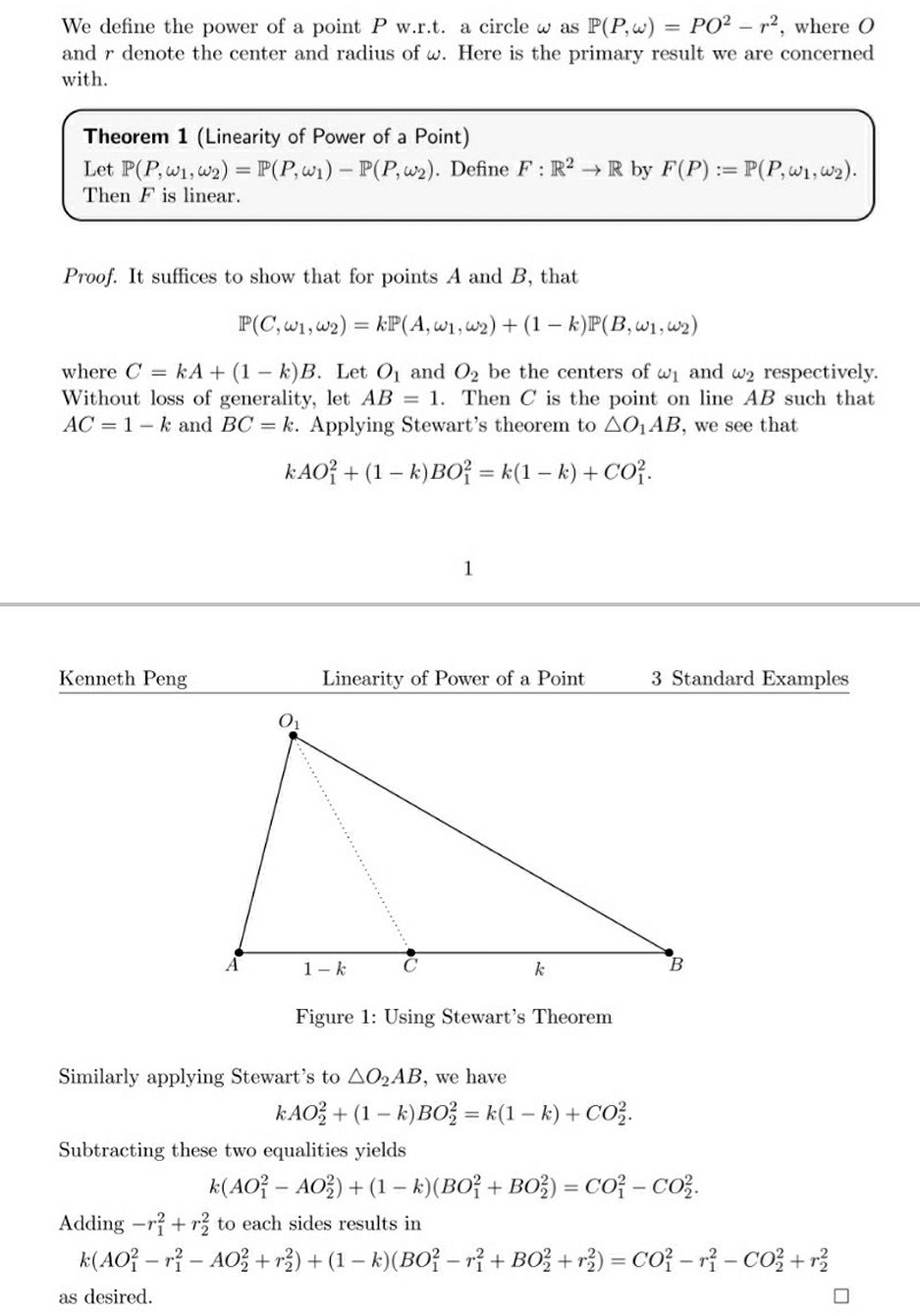 I have 4 questions about this:

2)What is meant by $C=kA+(1−k)B$?Aren't $A,B,C$ just points in euclidean plane?How can they be related by an equation?

3)Why is it sufficient to show the condition for points $A$ and $B$?

4)What is meant by $F$ is linear?How to prove it and what is it's use?

Sorry if that's too obvious.I am not aware of the terminology used here i guess.

1)What is meant by R2→R in this context?

2)What is meant by C=kA+(1−k)B?Aren't A,B,C just points in euclidean plane?How can they be related by an equation?

3)Why is it sufficient to show the condition for points A and B?

4)What is meant by F is linear?How to prove it and what is it's use?

The answers to 3 and 4 are connected. A function $f$ is linear if $f(a + cb) = f(a) + c f(b)$ no matter what $a$ and $b$ (and $c$) are. So the statement about sufficiency is just a bit of semantic fluff to get the proof started. Any time you want to prove a function is linear, you start with a statement similar to: "Let $a$ and $b$ be in the domain of the function".

1
What do you call the part of a plane "in front of or behind" a line segment?
4
What's the connection between "hyperbolic" inner product spaces and the hyperbolic plane?
4
Is the Euclidean plane equal to $\mathbb{R}^2$?
2
Problem in set theory where elements of a set are geometrical figures.
1
What is this $\mathbb{E}^{3}$ that Loomis and Sternberg talk about in their book "Advanced Calculus"?
3
Average ratio of Manhattan distance to Euclidean distance
1
Finding the intersection point of a line with a rectangle defined by 4 points
1
What's the difference between homogeneous coordinates and projected coordinates?
1
Minimum distance between a point and hypersphere