I know that in this case, the distribution of the solution is a Gaussian. So it is enough to characterize $\mathbb{E}[X_t]$ and $\text{Var}(X_t)$. Taking the expectation and variance of the equation, I get that $X_t \sim \mathcal{N}(x_0 + at, b^2t)$.

How would one "piece together" the two solutions on either side of $0$? It would be simple to solve the equation on either side, but I think there would have to be some compatibility equation at 0.

One problem I know is that a Brownian motion will hit $0$ infinitely many times in a time interval $[0,\epsilon)$, which means that each time $X_t=0$, there is a small interval where the process may not be well-defined. I was thinking to fix this by stopping the process everytime it hits $0$, and restarting it after it "escapes" some neighborhood of 0. Perhaps this could be reframed as a reflected diffusion.

Note: there are two relevant solution methods to similar problems that I've seen in the literature, one involving an analytic solution to the constant-coefficients problem (Karatzas and Shreve), and a numerical solution to the reflecting boundary problem (Skorokhod), not sure which is appropriate here. 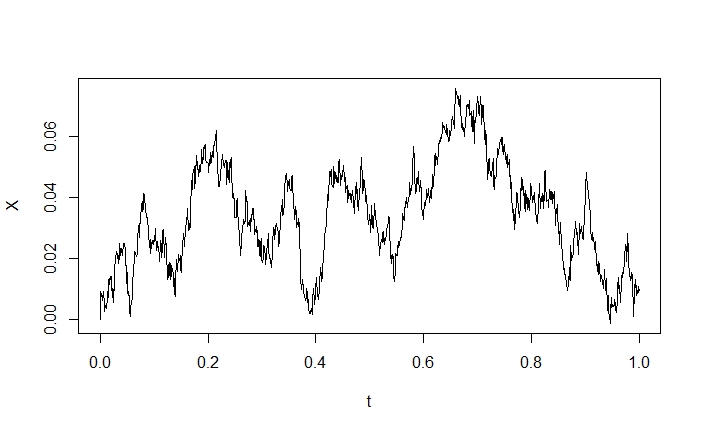 and here is one more simulation that crosses the line $x=0$ with all the same parameters except starting below zero at $x_0=-1$ and running the path for $T=10$. If I can derive any analytic information, I will update this post. 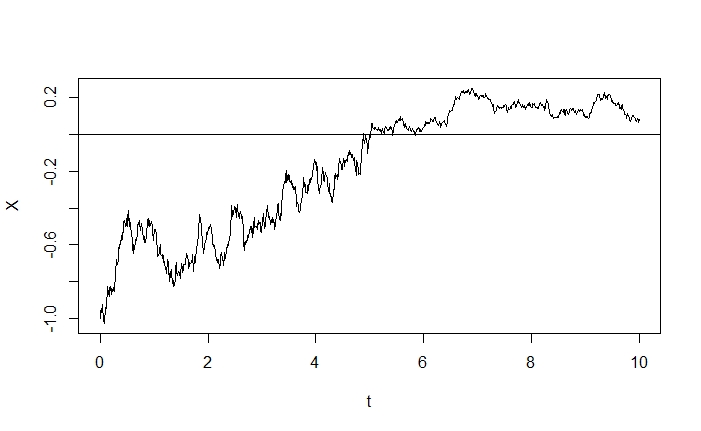