Finding roots of function with exponential. 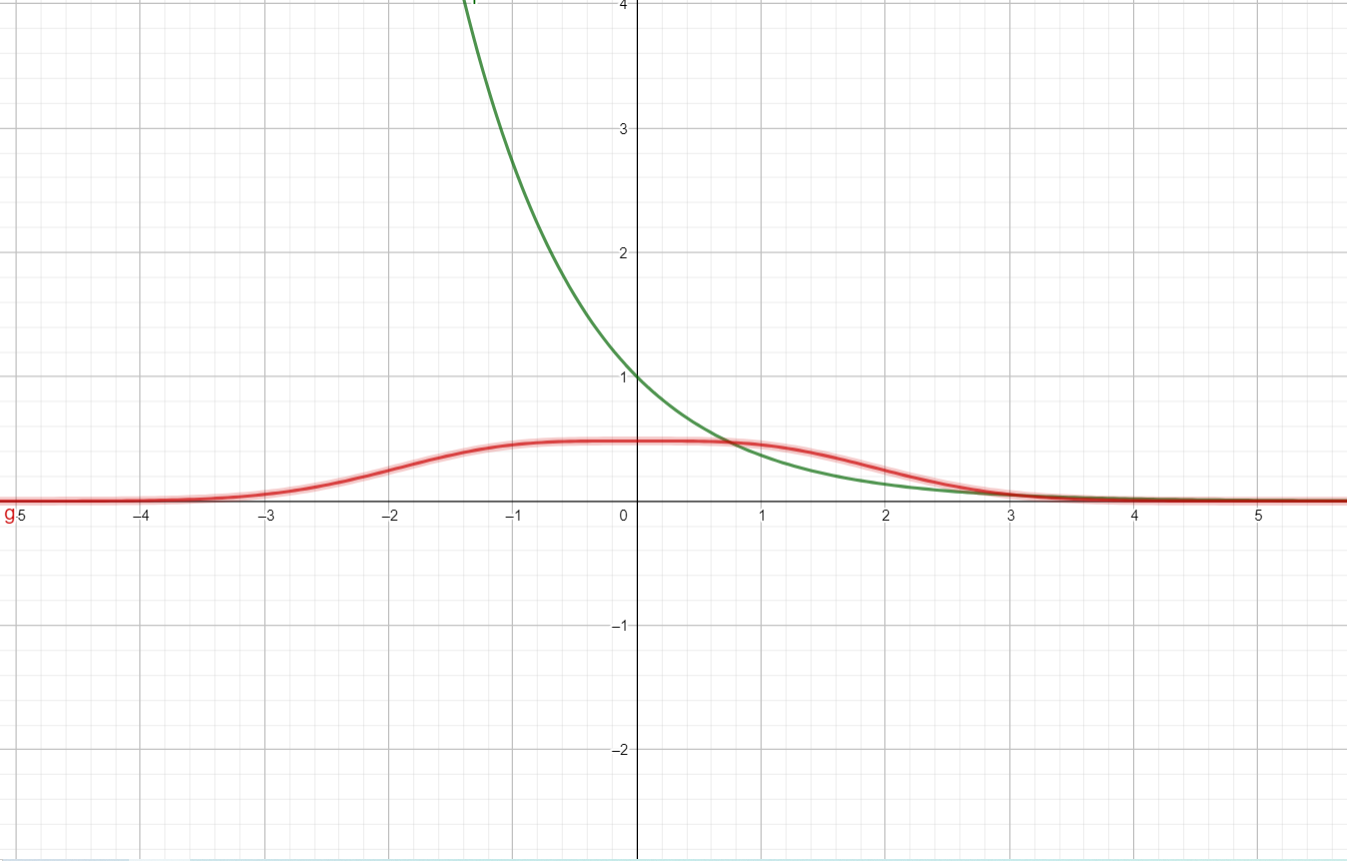 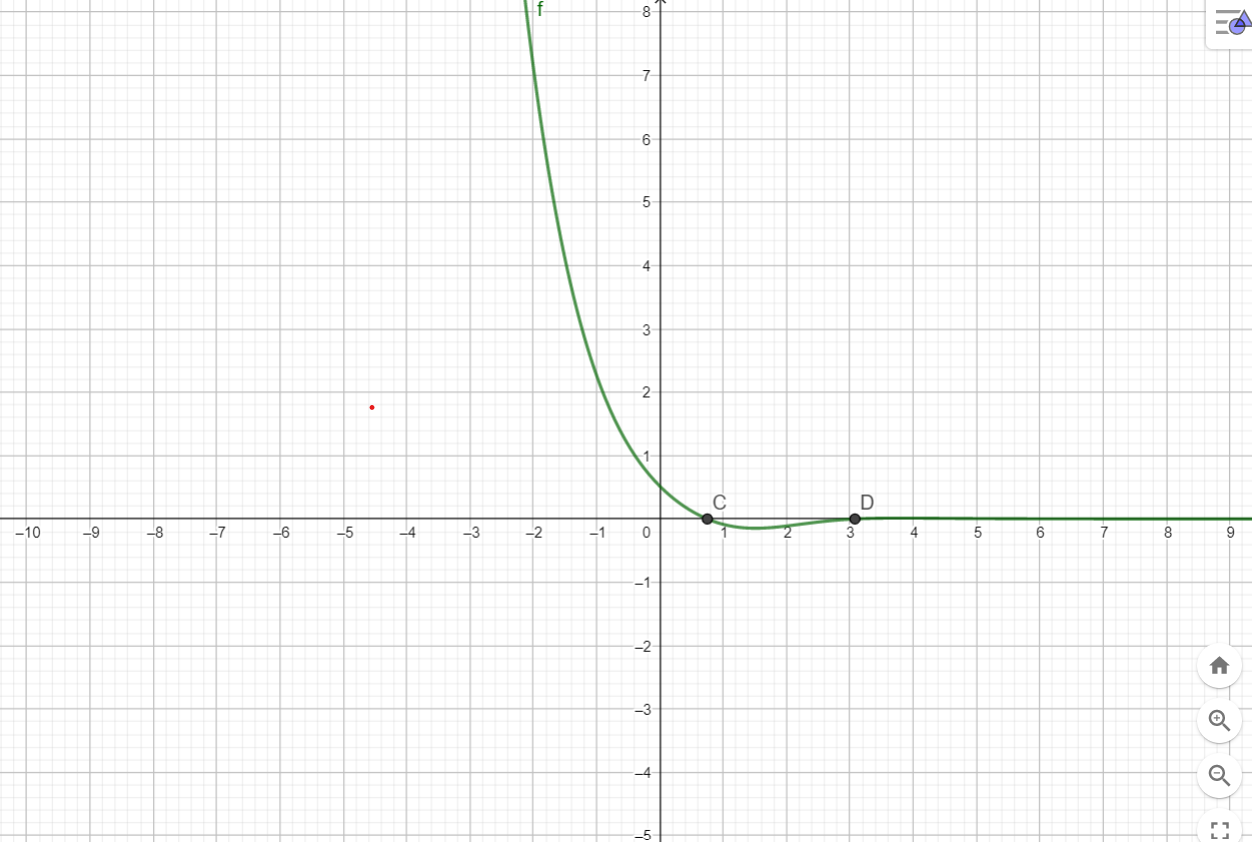 which has $2$ roots. Is there anyway to show this without CAS?

This is a response to the question raised in the comments: how to use the I.V.T. and M.V.T. It's not a complete answer.

Using the Intermediate Value Theorem to prove existence of a root of a continuous function $h$ within an interval $[a, b]$: check that $h(a)$ and $h(b)$ have opposite signs. Since $0$ lies between those values, the theorem guarantees the existence of a number $c \in (a, b)$ such that $h(c) = 0$.

Using the Mean Value Theorem to prove uniqueness of a root $c$ of a differentiable function $h$ within an interval $[a, b]$: use a contradiction argument. Call this root $c_1$ and assume that there's a second root $c_2$ within the interval. Then the theorem guarantees the existence of a number $d \in (c_1, c_2)$ where the tangent line is parallel to the secant line through those two roots, i.e. $$ h'(d) = \frac{h(c_2) - h(c_1)}{c_2 - c_1} = \frac{0 - 0}{c_2 - c_1} = 0. $$ Then you calculate the derivative and use some inequality to show that it does not take on the value $0$ on the interval $(a, b)$ which contains $(c_1, c_2)$. This technique allows you to verify that the derivative is nonzero in place of verifying that the original function is nonzero. Of course, there's no guarantee that this is easier!

Not the answer you're looking for? Browse other questions tagged analysis exponential-function roots or ask your own question.

2
Finding roots of function
3
Cubic polynomial - radical expression of roots
3
Polynomial with real roots
1
Finding condition for equal roots
1
Roots of a function between two roots of another function
1
If $f(x)$ has $n$ distinct roots in $R$, then $f'(x)$ has $n-1$ distinct roots in $R$ Without Rolle's Theorem
2
Relation between roots of function and roots of its derivative
0
Why the roots of any equation are searched at $0$ point?
3
Finding a monic polynomial with integer coefficients having $\sqrt{2} + \sqrt{3} + \sqrt{5} + \sqrt{7}$ as one of its roots.