Why do my Stack Exchange reps follow a power law?

I noticed a pattern while looking at my network profile the other day, and I'm wondering if it's a fluke, or if there is something deep to it. 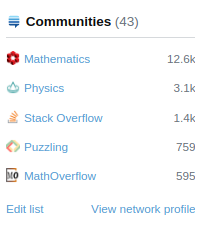 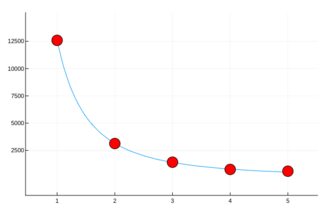 Your empirical data is a sample, and as such you can compute statistics (just a numeric value, basically) on that sample. You can choose a statistic such that the less likely the sample is, assuming the null hypothesis is true, the "more extreme" (usually, the larger) the statistic.

A given statistic follows a given distribution (by definition). As such, you can compute the probability of a value as extreme or even more extreme for the statistic than that obtained from your sample, given the null hypothesis is true: this is just the complementary CDF (i.e. the tail distribution) of the statistic.

It is good scientific practive to fix a statistical significance level $\alpha$ before hand: if the p-value is smaller than it, a type I error is very unlikely, so you can safely reject the null hypothesis (still, you might be wrong, so never think that the p-value is conclusive, definitive evidence!). Likewise, the larger the p-value is, the more likely the null hypothesis is to be true. Probably the most common value for $\alpha$ is $0.05$, but it's really up to you.

In your case, you want to find out whether your empirical data (your sample) comes from a specific distribution. A fairly standard test for this is the Kolmogorov-Smirnov test (KS test). In this case, the relevant KS test is the one-sample test, since you're comparing a sample to a reference distribution (instead of two samples).

I don't have access to your data, but if you want to test this on your own, many statistical software packages offer functionality to use the KS test to test a hypothesis. SciPy is such a package for Python, which allows you to test the goodness of fit of your power law to the empirical data you have.

A small warning though: your very small number of data points might give you a large p-value despite having a very good fit! This is due to the way the KS statistic is defined.

It's quite difficult to say much about the universality of your particular case, without looking at data for a wider sample for StackExchange users. StackExchange offers a data explorer which allows you to query the reputation of users on different sites.

Not the answer you're looking for? Browse other questions tagged probability statistics applications probability-limit-theorems or ask your own question.

45
Why does Benford's Law (or Zipf's Law) hold?
11
Can you demystify the Power Law?
2
Scale invariance of power law distribution.
1
Proof that distribution has power law tails from having infinite moments
1
Why the life of a light bulb follow an exponential law?
0
Why does the strong law of large numbers require random variables with the same variance?