This is a question that was asked on the site a few days back and before an answer, it was deleted by the OP. While I was able to solve the problem, I feel there is a more elegant way. 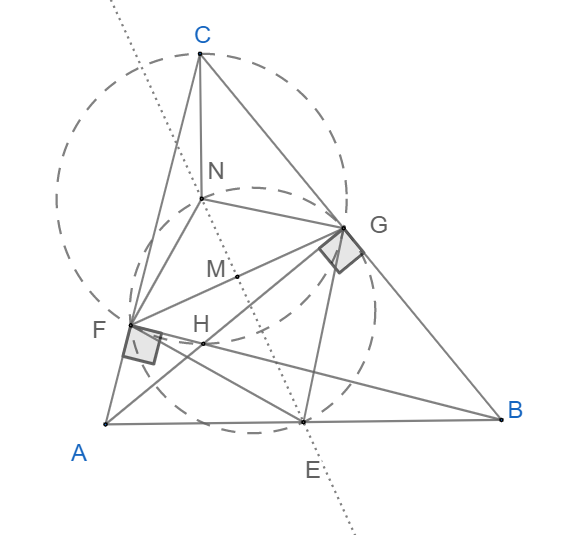 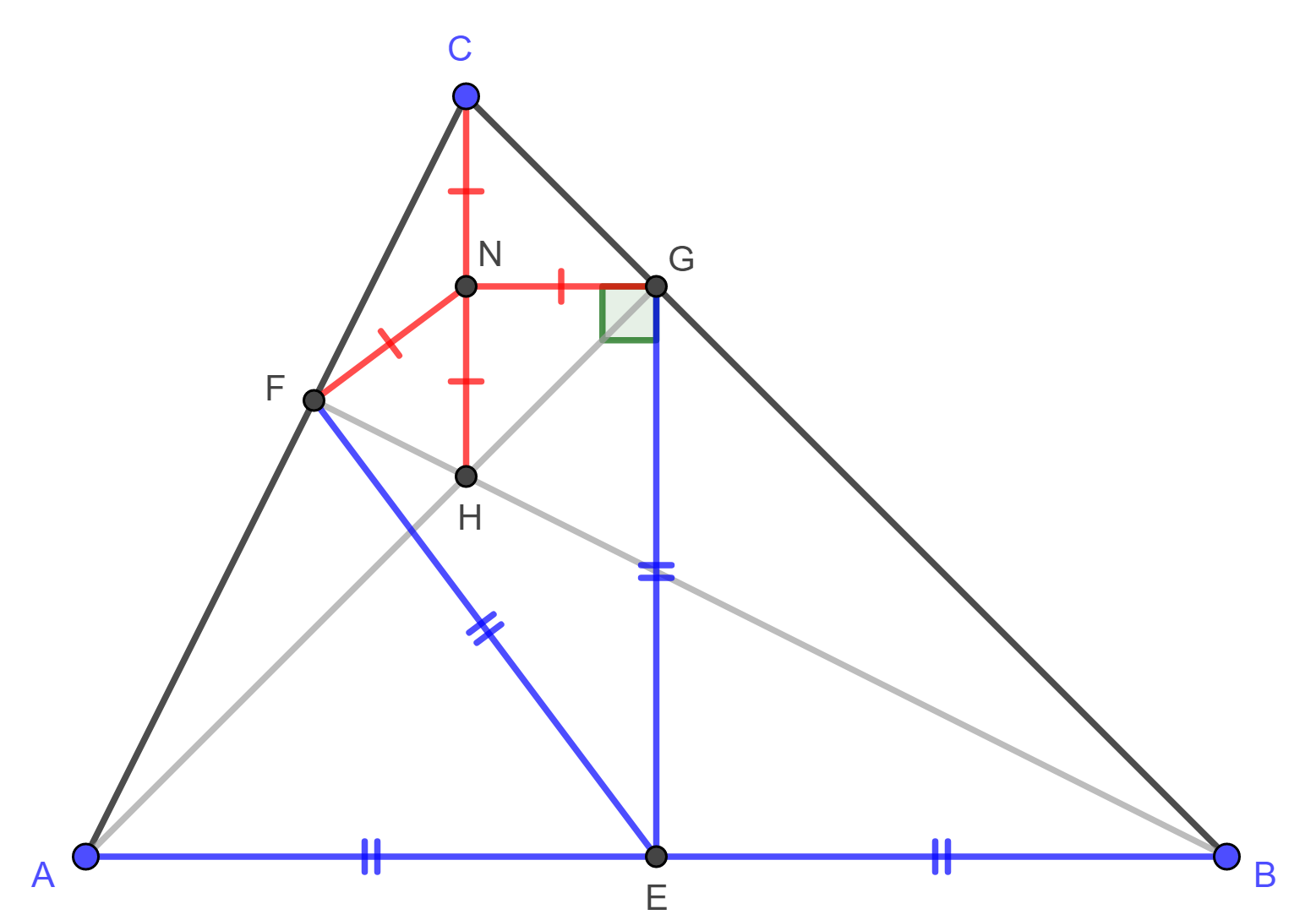 The above is how one would explain in detail. But to quickly identify that the statement holds true, recall that the nine-point circle is the unique circle that passes through the midpoints of three sides of a triangle, the feet of three altitudes and midpoints of the three segments joining each vertex to the orthocenter. $\odot(EFG)$ is indeed the nine-point circle (you also show its radius is $R/2$). Once we identify the center of $\odot(CFG)$, $N$, as midpoint of $CH$, we're done.

Quadrilateral $ABGF$ is cyclic so

So $\triangle EFG$ is an isosceles triangle with $FE = GE$. That leads to,

$ \therefore \ \angle FNG = 2 \angle ACB$ and as $N$ is a point on one of the perpendicular bisectors, it has to be the circumcenter of $\triangle FCG$.