Is the Arabic “4” a value, numeral, or numerical expression? 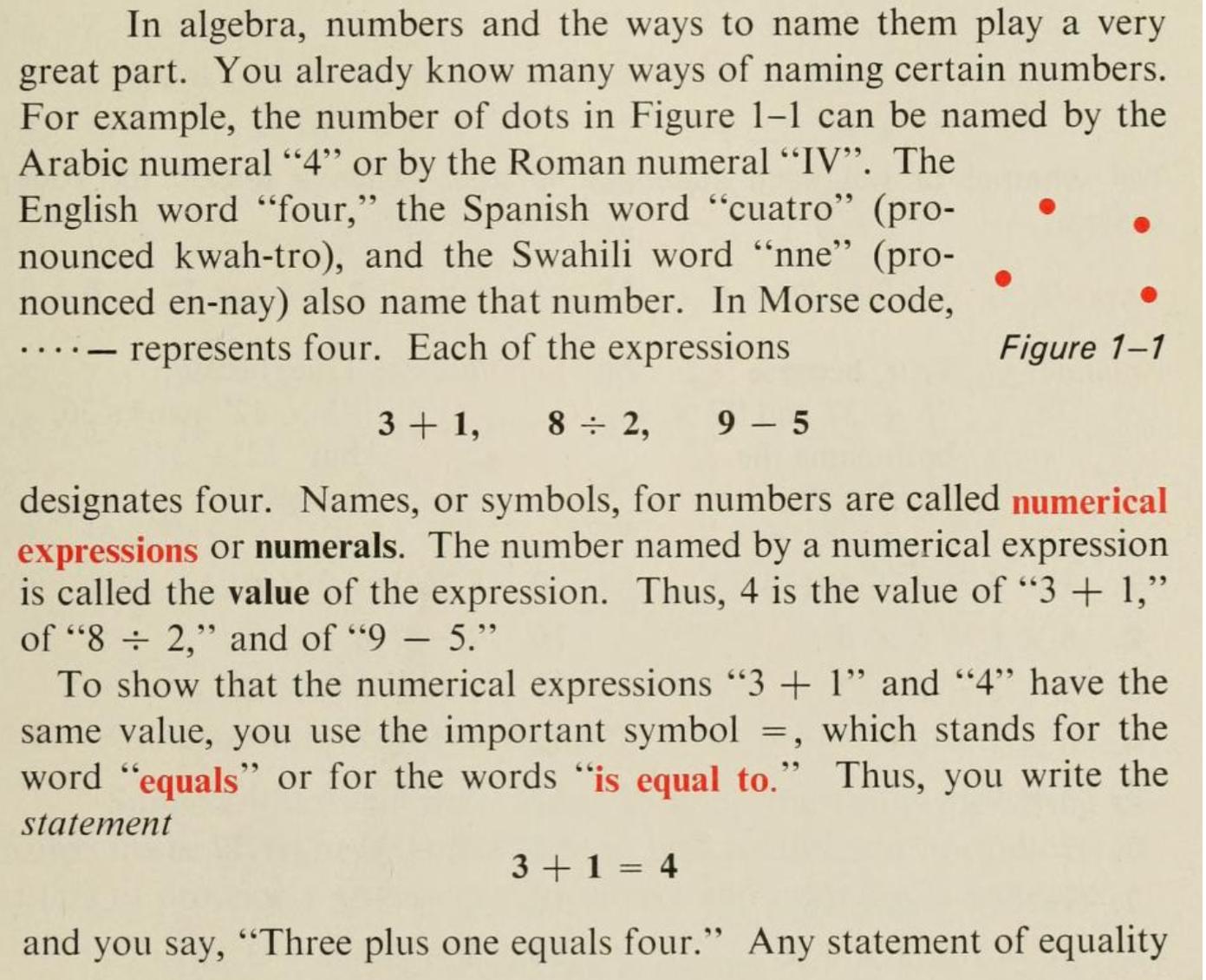 Where I get tripped up:

"Value" is defined as the number a numeral represents, where "4" is a value of "3 + 1". Doesn't this contradict the author's earlier definition of "4" being a symbol?

I value your insight!

I think this is mostly a semantic issue. If someone asked me who I was, I would say 'I'm Joe'; I wouldn't say 'I am the person represented by the name Joe'. It's good that the author initially draws a distinction between how we represent a number and what that number actually is. This is because some people overlook the fact that there is no difference whatsoever between $1/2$, $\frac{1}{2}$, $0.5$, $0.4\overline{9}$, and $0.4999...$—they all represent the same number in a kind of platonic sense. In practice, however, we would just say that they're the same number, and avoid quibbling over details. Mathematics would be far too cumbersome if every statement we make had to be $100\%$ precise.

The document is using the convention that "4" is a numeral, whereas $4$ [without quotations] represents a value. The problem with abstract ideas is that you need an abstract keyboard to type it out.

Not the answer you're looking for? Browse other questions tagged algebra-precalculus terminology real-numbers or ask your own question.