What does this definite integral theorem mean?

As I was solving a homework problem about definite integrals, I came across a theorem to help me solve the problem. Although I got the right answer to the problem, I do not really understand the theorem itself. I would be grateful if you provide me with a short explanation about what the theorem really means and when I could use it. Thank you!

Here is the theorem: picture of theorem

Theorem from image stated: If $f(x)$ is an odd function and continuous on $[-a,a]$, then 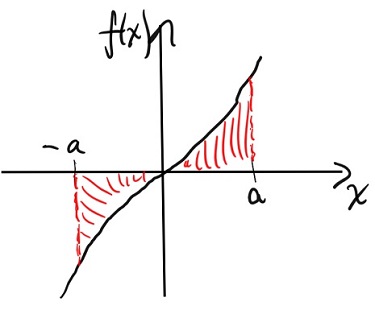