Number of grid points outside a rook circuit

When I draw a circuit on a 8x8 chess board that passes through all squares, no matter how many turns I draw, I always end up with 18 grid points outside my circuit (and 31 grid point inside). It looks to me that I get also constant values for any $n$ x $m$ board. Has anybody ever seen a formula of how many grid points are inside/outside for an $n$ x $n$ board? It looks obvious that there are (n/2 - 1) * (n - 2) points outside if $n$ is even, but I am searching for a proof.

If you could point me to some literature, that would be great! 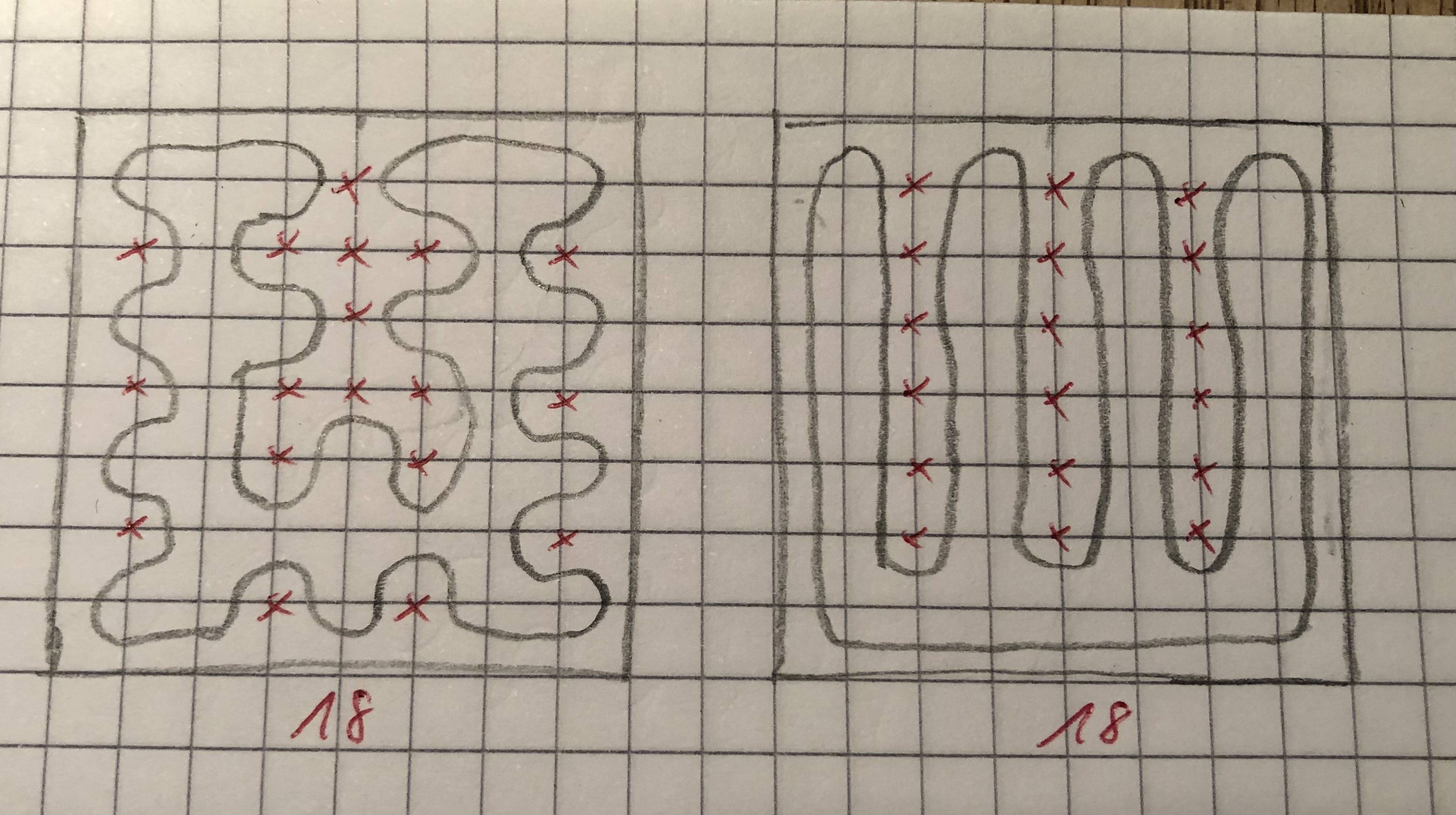 For an $m$ by $n$ array with $mn$ even, consider a lattice on the centres of squares. The path passes through $mn$ lattice points and contains no internal points. So, by Pick's theorem it contains an area of $\frac{mn}{2}-1$.

This area consists of unit squares centred on the 'grid points' of the question and so there are $\frac{mn}{2}-1$ enclosed grid points.

Let the square be of size $ 2k \times 2k$. The question is for $k = 4$.
(It has to be of even size in order to form a circuit. The standard coloring argument applies.)

For the general $ n \times m$ grid where $nm$ is even, you can follow the above proof to conclude that

Not the answer you're looking for? Browse other questions tagged combinatorics complex-analysis graph-theory or ask your own question.

4
Points on a sphere
6
How many Latin Squares are there with the following restrictions?
4
Combinatorics - Number of Paths in a Grid with a Hole
2
Total number of triangles in a triangular grid
4
How many ways we can choose three points in a $n\cdot n$ grid?
3
Points outside a circle mapped inside a circle by $1/z$
0
Point on a finite grid graph
2
In a $n \times n$ grid of points, choosing $2n-1$ points, there will always be a right triangle