This intuitive reasoning was made famous in a video by the physicist Phil Plait of Numberphile. It is heavily criticized for being sloppy but it shows a simple method that has fooled a large population of its high school audience (as noted in the comments). Funfact: Googling -1/12 doesn't give you any results
Share
edited Oct 27, 2019 at 3:18 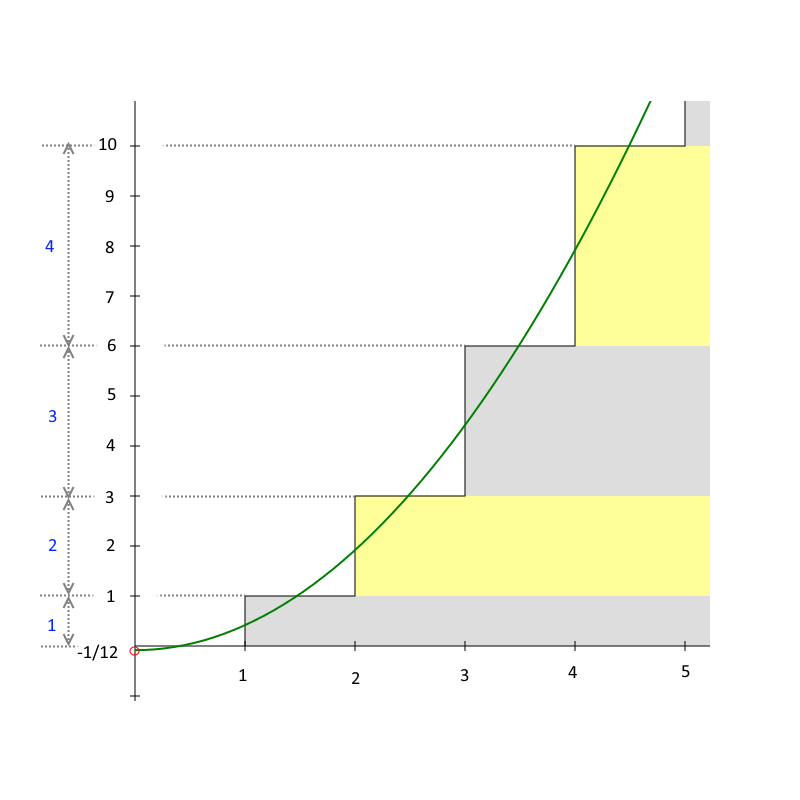 An Argument from Complex Analysis

In many areas of mathematics, it "makes sense" to take problems in the real numbers, extend them to the complex numbers, and solve the problem there. For example, the complex numbers are the algebraic completion of the reals, meaning that every polynomial with real (or even complex) coefficients has roots in the complex plane (this is the Fundamental Theorem of Algebra). In particular, every polynomial equation over the reals can be solved by complexifying the polynomial and looking for complex roots.[1]

This strategy is often incredibly useful, as the complex numbers are very "rigid" in many important ways. In the complex numbers, "analytic"[2] is synonymous with "smooth"[3]—the same is not true in the real numbers, where a function can be smooth, but fail to be analytic (consider a smooth bump function, for example). In the current context, the most relevant result is the Identity Theorem, which says, roughly:

[1] Note: I am not claiming that polynomial equations have "nice" closed-form solutions in terms of radicals. I am asserting that if $p$ is a polynomial with real (or complex) coefficients, then there exists at least one complex number $s$ such that $p(s) = 0$. Actually finding such a root might end up being non-trivial.

[2] A function is analytic on some domain if it has a power series representation on that domain.

[3] A function is smooth if it has continuous derivatives of all orders.