Find the missing angle in triangle

In the below triangle, we are looking for the value of angle $φ$.

I have solved it with trigonometry (sine law) and found the required angle to be 78 but I need to solve it with Geometry only. 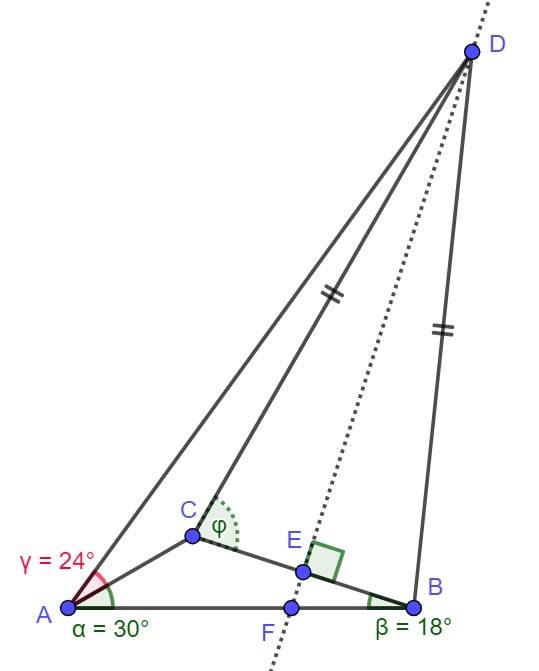 What I have tried so far:

First of all, the angle is constructible, which means to me that there must be a geometrical solution. I first drew triangle ABC; easy, since we know 2 of its angles. We are not interested in the lengths of the sides. Then, with side AC as a base, and angle of 24 degrees, we can draw a ray from the point A.

From triangle FEB we have that

I am always one equation short.

Many thanks in anticipation! 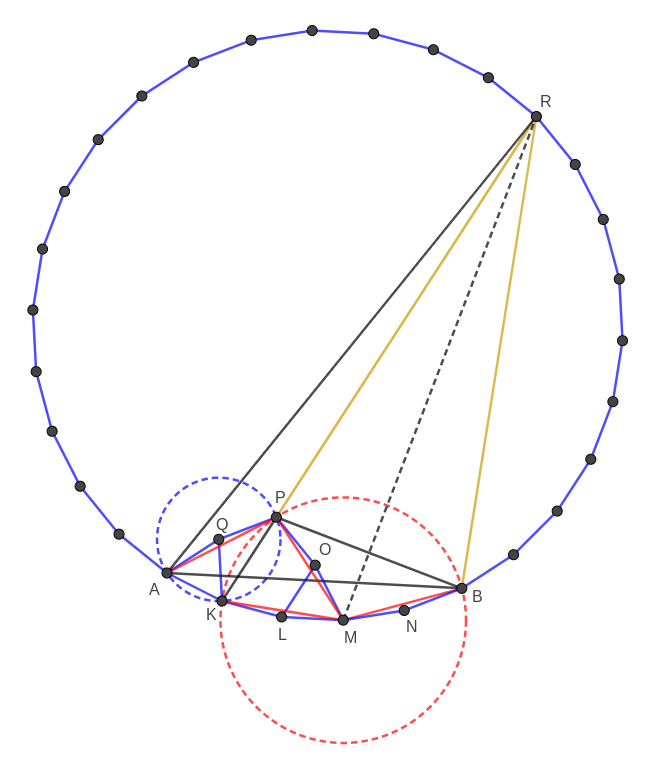 Build regular pentagon $KLOPQ$ as in the picture. We shall prove that $P\equiv C$. 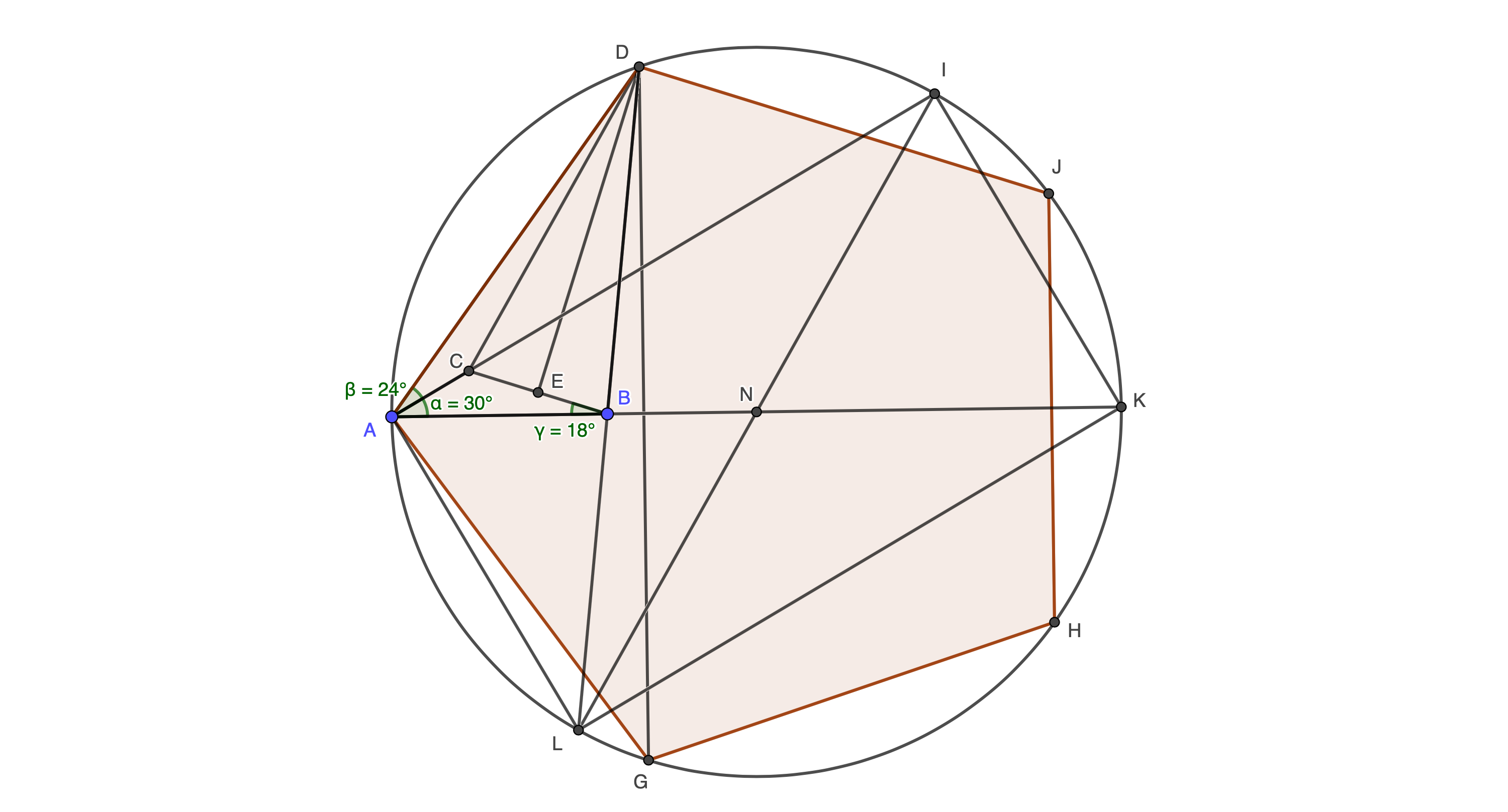