I'm trying to understand a result given in Theorem 2.3.7 (see below) of Linde's Probability in Banach spaces: Stable and Infinite Divisible Distributions.

If we denote the topology of compact convergence on $E'$ by $\tau_c$, we can show that the family $\{\hat\mu:\mu\in\mathcal F\}$ of characteristic functions of a bounded (in total variation norm) and tight family $\mathcal F$ of finite signed measures on $\mathcal B(E)$ is uniformly $\tau_c$-continuous. 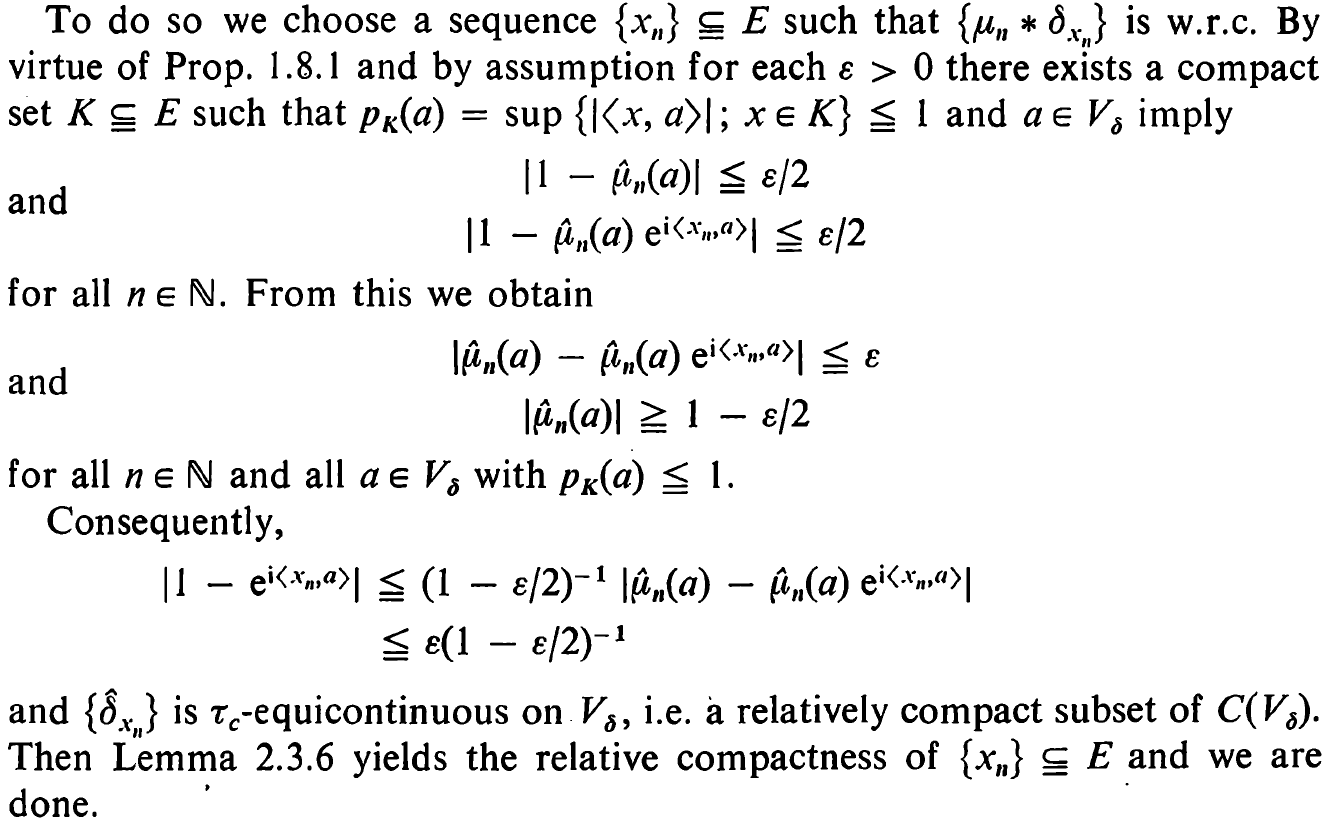 Not the answer you're looking for? Browse other questions tagged functional-analysis probability-theory measure-theory equicontinuity signed-measures or ask your own question.

5
Prokhorov's theorem for finite signed measures?
19
On compactness of the space of probability measures
5
Show that the characteristic function of a finite signed measure on a normed vector space is uniformly continuous
1
Show that this family is equicontinuous at $0$
1
Can we show that $(x_n)$ is relatively compact if and only if $(\langle x_n,\;\cdot\;\rangle)$ restricted to a closed ball is relatively compact?