How to set up equations to find the volume for solid of revolution?

I am trying to set up these integrals, I know how to solve them but I always have a hard time setting them up, any help would be greatly appreciated :)

Also, practice. There is no way around it: in order to really learn how to do this well enough to be confident you can do it on an exam, you just have to do it a bunch of times. No amount of answers on math forums or videos on youtube is going to change that.

With that said, here is a quick breakdown of the standard method:

The dependence mentioned in point 1 determines the basic shape of the figures in point 4, and from here the two names "washer method" and "(cylindrical) shell method" are born. I'll do the first two problems, both times integrating with respect to $x$, to illustrate both methods.

So, without further ado, here is a drawing of the relevant region of the plane: 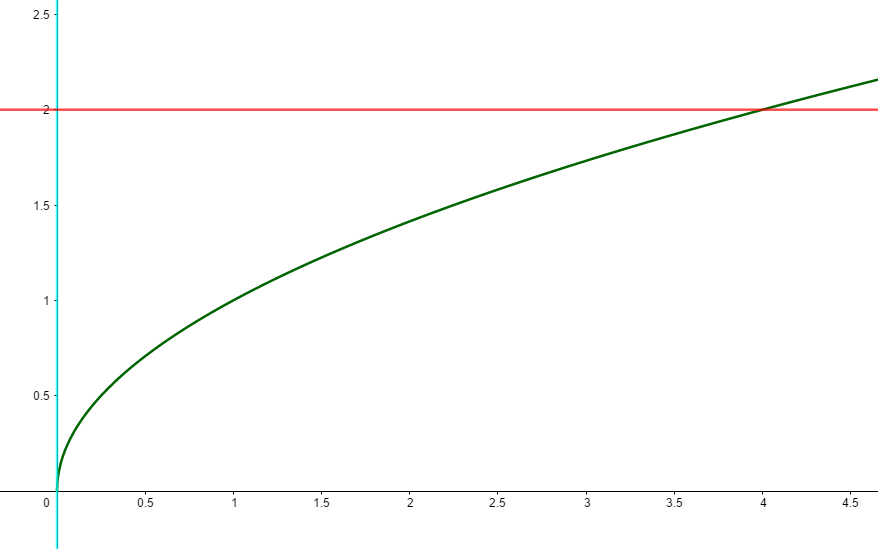 This you should be able to do on a piece of paper. If not exactly, then at least a close enough sketch to recognize the basic shape, to determine distances, and to determine intersection points. It is also more important than the two other figures in this answer.

The actual volumes are a bit harder to draw, but if you can sort-of imagine them from the above figure, you'll be in pretty good shape. Anyways, here is the result of taking the above figure, and rotate it about the $x$-axis: 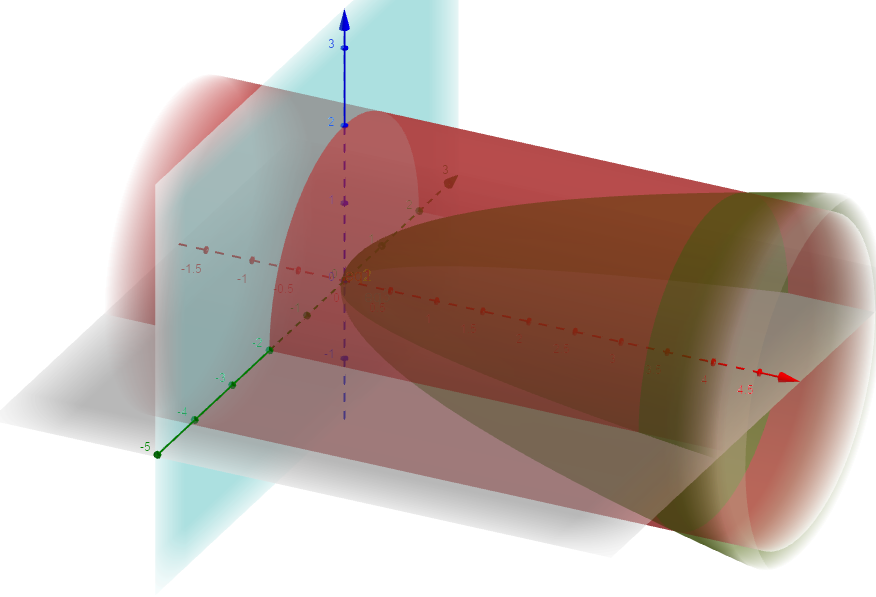 The volume we are after is the region that is between the green parabola and the blue plane, and inside the red cylinder.

Since we are integrating with respect to $x$, we divide the $x$-axis into many small pieces of width $\Delta x$ (for simplicity, say they are all equally wide). For each narrow piece, there is a corresponding strip of the planar region. Now rotate such a strip about the $x$ axis. It will look a like a coin with a hole in it (except perhaps the very first and the very last slice). If you've ever been to a hardware store and bought washers, that's exactly what they look like. Hence the name for this method: the washer method.

We want to add together the volume of each little washer-shaped slice. If the slices are thin enough, it won't matter much that the inner hole in the wacher has a slanted edge. We can just pretend that it is a flat cylinder with a cylindrical piece missing. The volume of such a slice is the volume of the large cylinder minus the volume of the small cylinder.

What about rotation about the $y$ axis? In that case, the region ends up looking something like this: 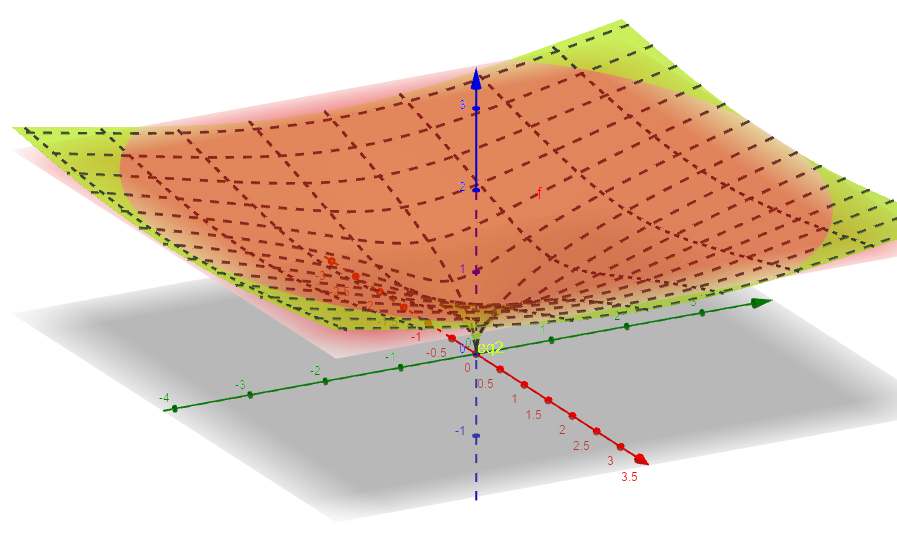 Which is to say, the volume we're after is the upside-down mountaintop that lies between the green bowl and the red plane. Again, we integrate with respect to $x$, so we divide the $x$-axis into small pieces of width $\Delta x$. Again slice the planar region into vertical strips, but this time rotate them about the $y$-axis. The resulting figure will now be a thin-walled tube / pipe, rather than a flat washer. This is where the name comes from: the cylindrical shell method.

We are after the volume of each shell, and from there want to sum them up to get the volume of the entire figure. So, take an arbitrary $x$-value. What is the volume of the corresponding shell? The shell is a cylinder with a smaller cylinder taken out. The volume is the difference between these two.

Not the answer you're looking for? Browse other questions tagged calculus analytic-geometry or ask your own question.