I have been doing some work on Pythagoras's Theorem with my Year 8 Maths class (7th Grade in US speak). I had them investigating what values were unobtainable for the square on the hypotenuse of right-angled triangles with integer lengths. In other words, the values that $x^2+y^2$ can take for integers $x,y$.

One student decided to start looking at the factors of $x^2+y^2$. They came up with the following question (in slightly less formal language):

I created this Geogebra resource to visualise where the zeros occur (unexpectedly creating some beautiful patterns). 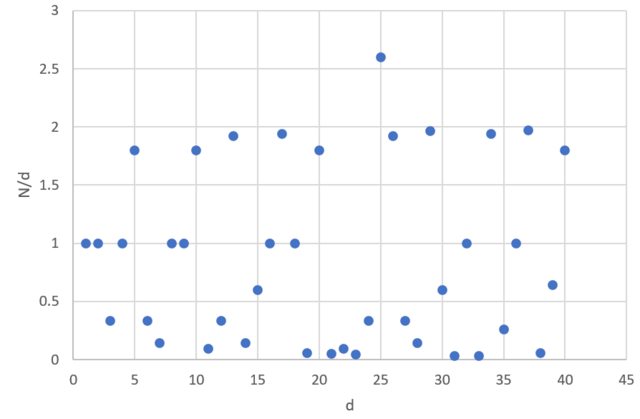 I am now stuck with the following questions:

Any guidance appreciated! Thank you. 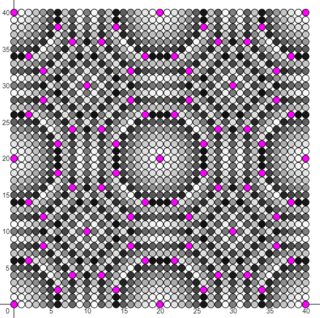 Some information copied over from oeis.org/A086933, but in the OP's notation.

Not the answer you're looking for? Browse other questions tagged modular-arithmetic sums-of-squares pythagorean-triples or ask your own question.