I want to define the region $S$ as the area enclosed by the curves $C_1, C_2, C_3, C_4$ as in the picture below, but do not know what notation to use. Any help would be appreciated. 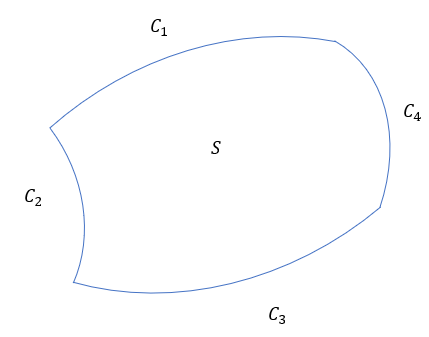 AFAIK there is no standard notation for this. Best to say it in words.

1
Is there a notation for the region bounded by a Jordan curve (and higher-dimensional analogues)?