Why are circles of opposite directions not homotopic to each other?

I’m learning about homotopy and the fundamental groups, and I’m having a hard time visualizing the transformation. In particular, I can’t see when there is no homotopy between loops.

An example from my class is the following picture (the loops are all confined to $S^1$. I draw them that way just to make clear what paths are being travelled). 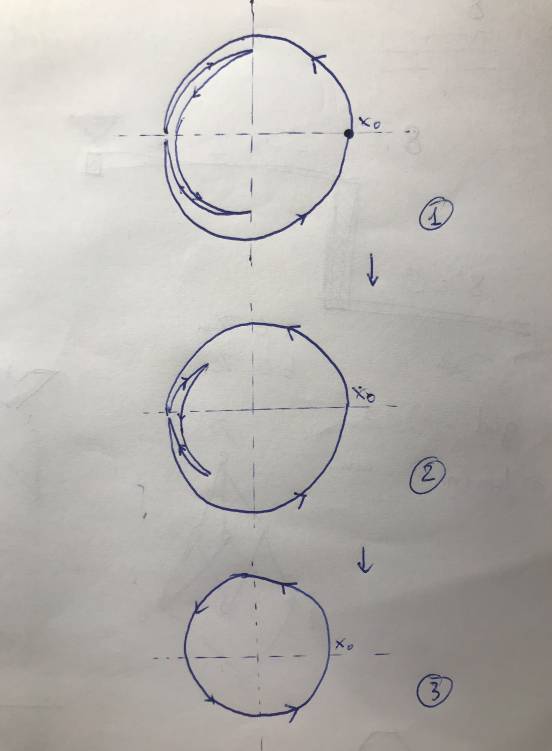 I can see how the first loop could be deformed into the second one by doing less and less of the “repeated” portion.

Why can’t we have something similar, for example as shown below, to deform a loop into another loop of the opposite direction? Is the condition of continuity violated somehow? 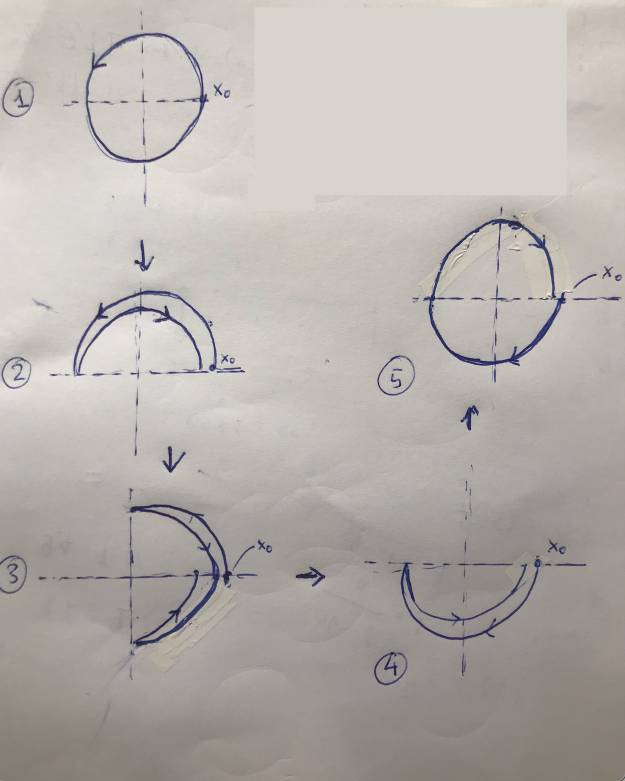 Apologize for the bad quality of the pics.

=======
Edit: I’m actually thinking of the fundamental group of the circle $S^1$. My understanding is that the group is comprised of the equivalence classes of loops with a base point $x_0$ (here I take it to be $(1,0)$). In what sense is a loop goes a full circle from $(1,0)$ counterclockwise not the same as a loop goes a full circle from $(1,0)$ clockwise? I don’t see how the procedure in the second picture does not describe a homotopy between the two.

The problem is steps $1\to 2$ and $4\to 5$. Perhaps you could imagine this problem as having a rubber band wrapped once around a metal bar (attached to a wall, say, like a ladder rung). Is there any way to get the rubber band off the bar? Or to wrap it around the bar but in the opposite direction?

It may take a while to identify the origin of the confusion. I can no longer help with that in the space of a comment, so an answer it is.

Here is the first problem that the extra image by the OP revealed. When going from picture 1 to picture 2, they seem to have in mind the homotopy shown in the animation below. Reload the page, if the animation has stopped. I have forgotten how to prepare a gif-file that runs continuously.

And now the problem is apparent. Instead of the picture in 1, one of the endpoints of this homotopy is the path around the circle that first traverses it counterclockwise, and then traces it back clockwise. This is homotopic to the identity element of $\pi_1(S^1,x_0)$, it is not the generator. After all, it is easy to see how to continue this homotopy and eventually shrink the path to the "constant" path at $x_0$.

In yet other words, we have a homotopy between this 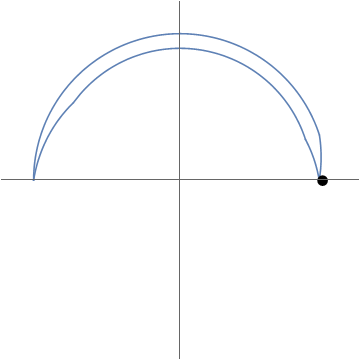 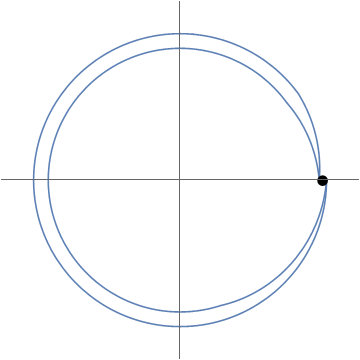 but the intended target path 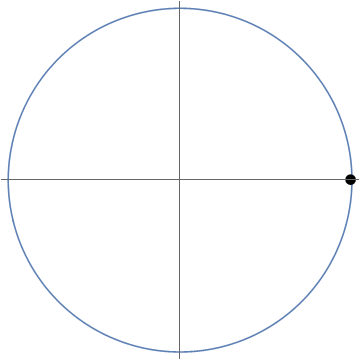 in your figure 1 is nowhere to be seen.

Two curves being homotopoc is context-dependent. If you are told that two curve homotopic, you should ask yourself “homotopic where”?

Your second diagram explains why the first and the second circles are homotopic on $\Bbb C$. Yes, they are! But what's important here is that they are not homotopic on $\Bbb C\setminus\{0\}$. Note that when you started to change your circle, you wer unable to avoid passing through $0$.

Not the answer you're looking for? Browse other questions tagged algebraic-topology homotopy-theory fundamental-groups or ask your own question.