How to identify a specific type of lemniscate

Which represents a lemniscate (see picture).

I would like to know if this a well-known lemniscate (for example Lemniscate of Gerono, Lemniscate of Bernoulli etc). I have tried to compare with the ones listed on wikipedia, but it seems that none fit this specific equation. 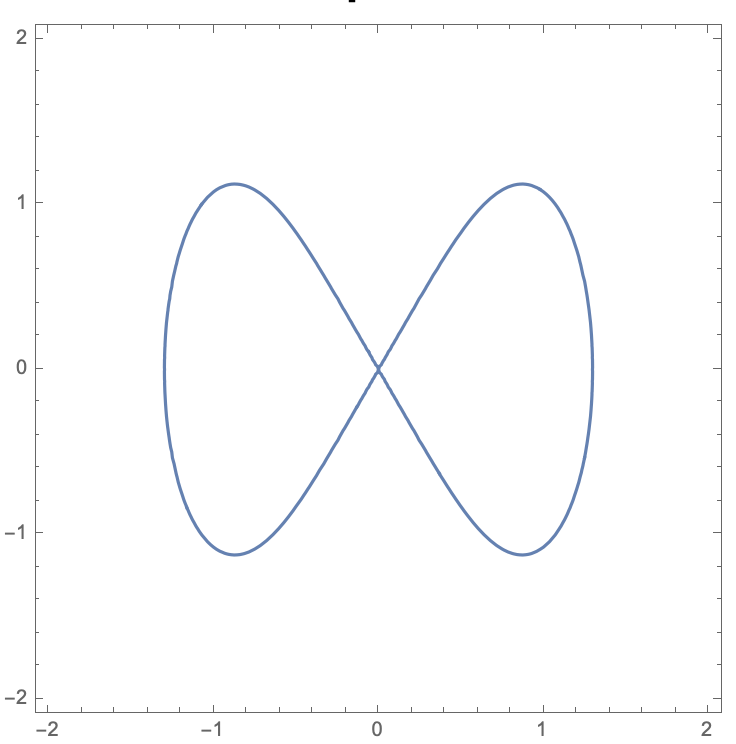 Due to the fact that variables $x$ and $y$ appear as squared in the equation of $f$, one can consider that this curve is issued from this one 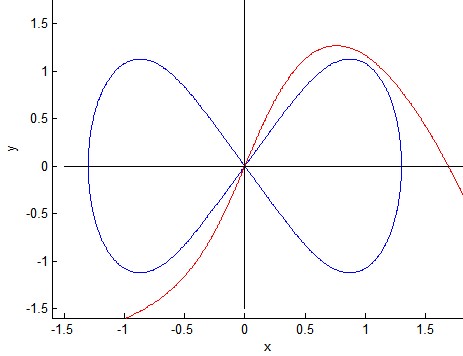 Important: we will consider the mother function/curve only in the first quadrant $x,y \ge 0$.

In fact, we are faced to a general generation scheme.

When we apply to the curve of $g$ the (inverse) transformation

we obtain the upper right quarter of the lemniscate situated in the first quadrant. The remaining parts of the curve are obtained by symmetries wrt to the axes.

The important point is to take a mother curve $g$ in the first quadrant:

In fact this is enough for having an image curve by (1) with a vertical axis and a maximum due to the fact that the jacobian matrix of transformation (1):

Therefore, with these conditions, one can build many curves of type $g(x,y)=0$ yielding as many curves $f(x,y)=0$ having a lemniscate shape like this one.

Conclusion: For the reasons above, the given curve is a lemniscate among many others. I see no reason (in particular with its complicated coefficients) that it is amenable to one of the classical lemniscates (Bernoulli, Gerono, which are issued from second degree "mother" curves as shown on fig. 2 and 3). 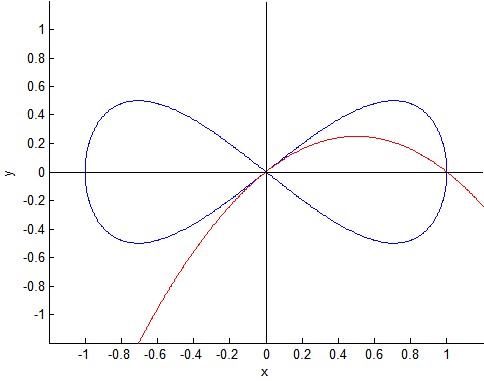 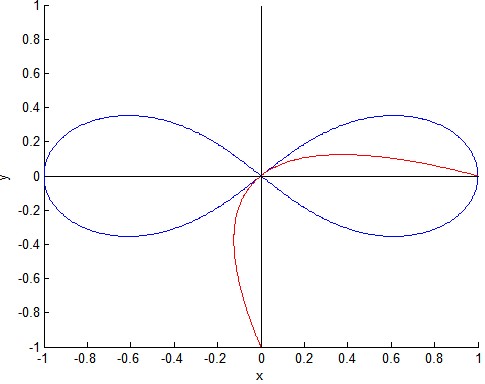