Question about a puzzle in to mock a mockingbird

In to mock a mockingbird, we have the following puzzle: There are four people:

Smullyan claims that only c will claim to be b when asked "who are you?" But it seems to me like D would also claim to be b - he thinks he's anyone but d and then lies about it, so he could claim to be anyone.

Here is the full puzzle: 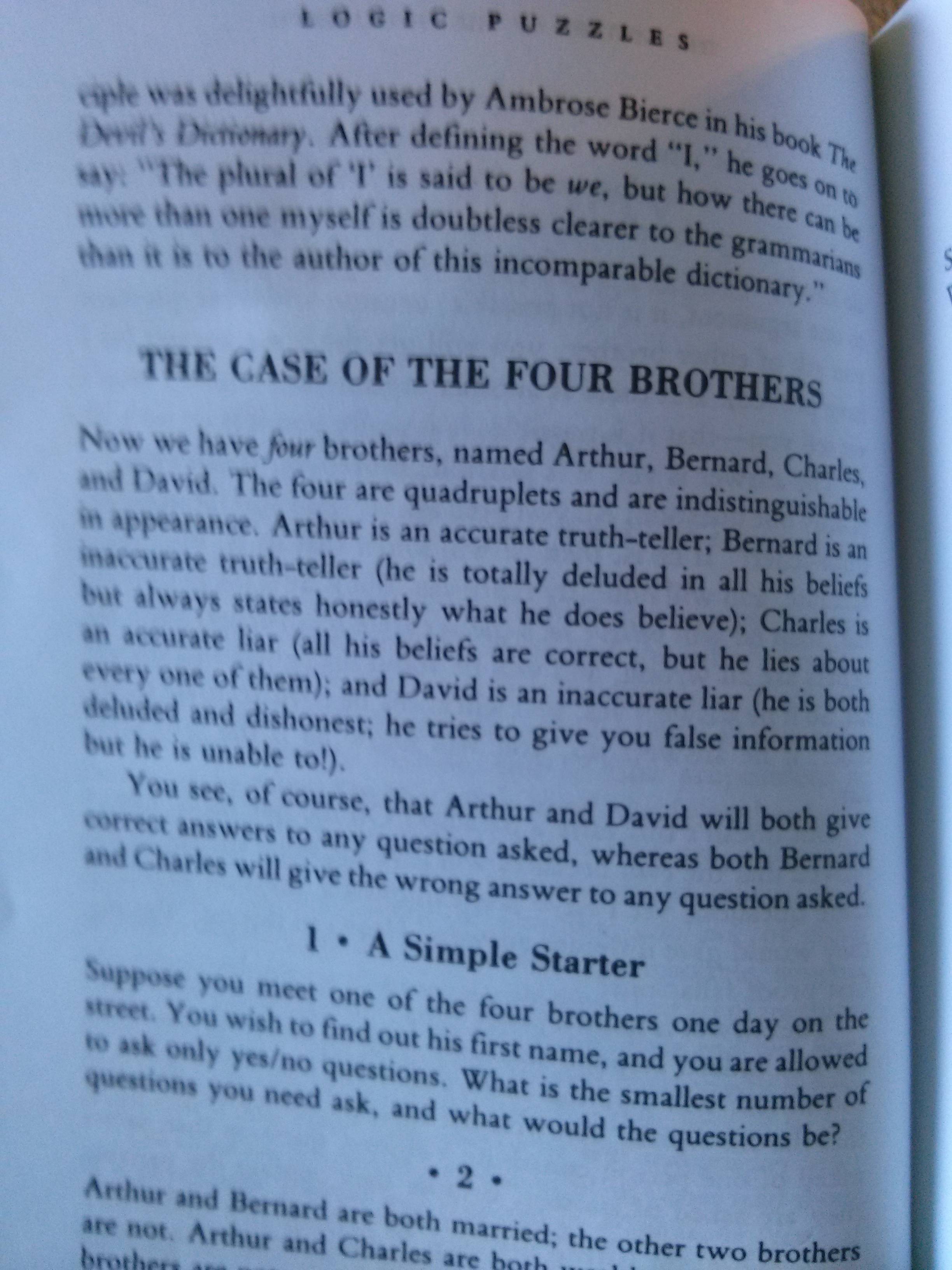 Note: in this answer, I have taken "inaccurate" to mean inconsistent with whatever philosophy governs their behavior.

Well, going through them, we see that, when asked "Who are you?":

A will answer A, as he is an accurate truth teller.

B, in order to be inconsistent with the fact that he is a truth teller, can answer with anyone other than B, as he is inaccurate and cannot think he is B, but will tell you whom he truly (but inaccurately) thinks he is.

C is an accurate liar, and so when asked who he is, he will lie, and lie accurately, i.e, he can answer someone other than C. Thus, he can consistently answer that he is B.

D is an inaccurate liar, i.e., he will try to lie about who he is, but because he is inaccurate, in order to be inconsistent with his philosophy, he must name himself when he is asked who he is. If he were to name anyone other than D, then he would be an accurate liar. As the problem statement says, he is both deluded and dishonest, and so he will try to give you inaccurate information but can't - in other words, he tells the truth (without meaning to!)

Another approach is to show that he must answer David by way of the lemma that he must suffer from some sort of multiple personality or fractured identity disorder of some sort, believing simultaneously that he is all people other than himself.

As a devout liar, he avoids saying something consistent with what he believes to be true and so he must say he is David.

Not the answer you're looking for? Browse other questions tagged logic puzzle or ask your own question.