Arrangements of Solutions to $n$ Linear Equations with $n$ Unknowns

In a system of two linear equations with two unknowns, there are three "arrangements" that we can see when we graph the two lines in the $xy$ plane:

When we move up to a system of three linear equations with three unknowns, now we have three planes in space, and there are eight distinct arrangements of the three planes: 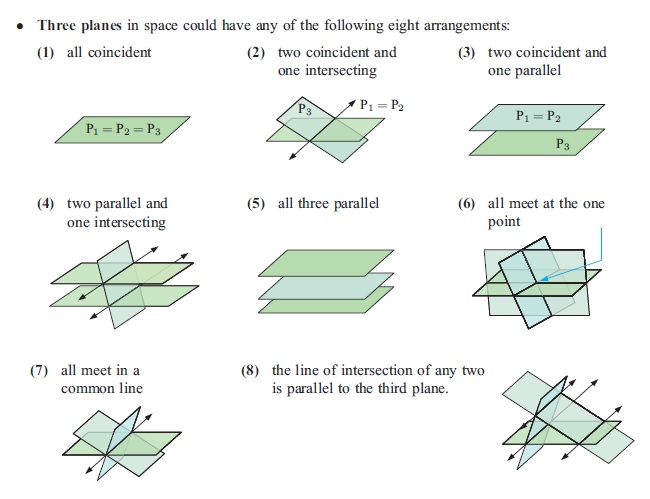 If we consider one linear equation with one unknown, I suppose it makes sense to say that there is one arrangement, which is a single point on the real number line.

I am interested in how this sequence continues. I have searched in vain on the OEIS. Alas, there are many sequences that have $1, 3, 8,...$ and I'm not sure which, if any, are the right one.

This one: https://oeis.org/A001792 looks like it might be it, because the comments say that sequence is related to matrices in certain ways. Also I expect a formula for this sequence should involve powers of 2. But, I wouldn't bet any money on it.

Is there a sequence with a simple formula to work out the number of arrangements?

More than an answer, the following represent some considerations on how the problem could be tackle.

To be able to distinguish between them, for $r < 3$, we could introduce a fourth plane, with coefficients independent from the previous three, which means that it increases $r$ to $r+1$, and count the crosses we are going to have.
Equivalently, we can consider both the ranks of the first two planes and how they change by adding the third.

However this way would soon become impractical for higher dimensions.

Not the answer you're looking for? Browse other questions tagged linear-algebra algebra-precalculus or ask your own question.