Homomorphism of Group Object: Are all the axioms necessary?

This was a question brought up in class(not by me), and I figured I would ask it here.

In a category, we may define a group object as the following:

With this definition, we may use also define homomorphism of group object. 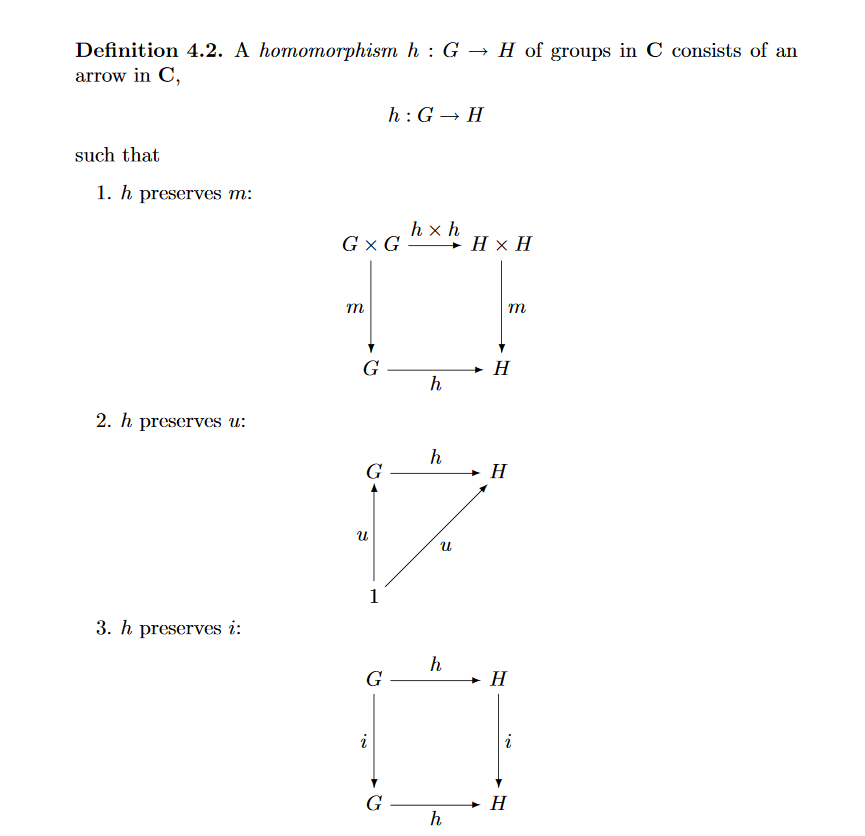 But between group objects, we impose that the homomorphism respects group multiplication AND identity AND inverses.

(For example, if we take the category of Sets, it's obvious that a homomorphism respecting group multiplication implies it preserves identity and inverses)

There aren't any. If a morphism $f : G \to H$ between group objects respects multiplication then it automatically respects identity and inverses, just like for ordinary groups. The point is that you can check these conditions on generalized points $\text{Hom}(-, f) : \text{Hom}(-, G) \to \text{Hom}(-, H)$, where you've reduced to reasoning about ordinary groups, then appeal to the Yoneda lemma.