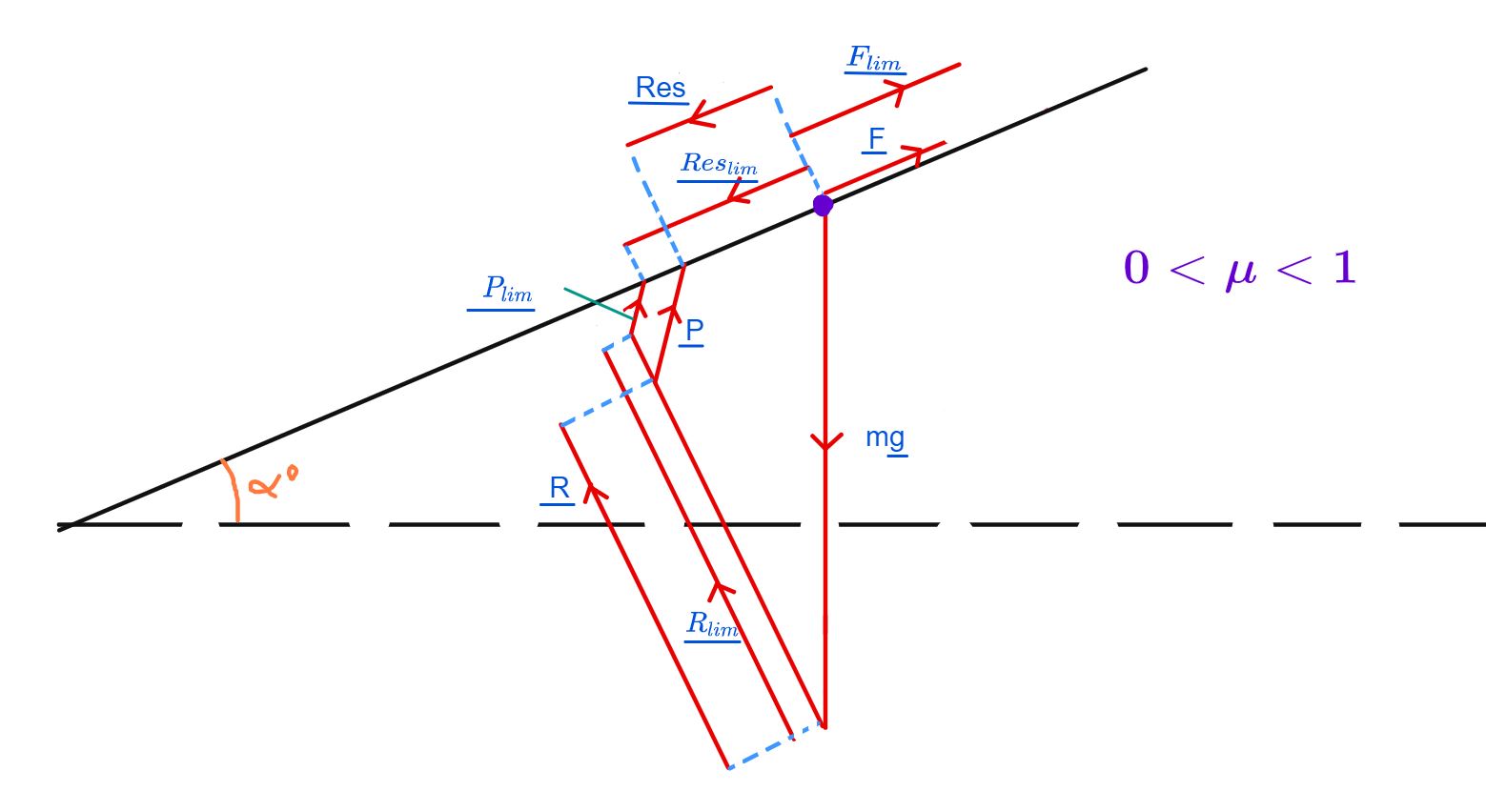 I think this is better posted here than in Physics.se because it is purely a geometry/vector problem.

I was wondering if a force P at a positive clockwise angle $\theta ^\circ > 0$ with the vertical could result in an acceleration of the particle down the slope. I think the answer is no.

$\underline{R}$ is the reaction force on the particle from the slope.

Then the resultant force would be up the slope, which would contradict the assumption that the particle accelerates down the slope, answering my original question.

I'm interested how to formalise my proof with simple geometry and vectors. I've had a go and it shouldn't be that difficult, but haven't managed to formalise it.

This may be overly detailed in light of the answer already posted, but I had already made the figures so I suppose I might as well try to explain them.

I will interpret the figure in the question as showing a particle in contact with a surface that is immovable and cannot be deformed (so the particle cannot move to any point "under" the inclined line) and rough (so that there is friction).

It may help to work out everything in a coordinate system in which one axis is parallel to the surface and the other is perpendicular to it. Then every force vector decomposes neatly into components parallel to the coordinate axes as illustrated in the figure below: 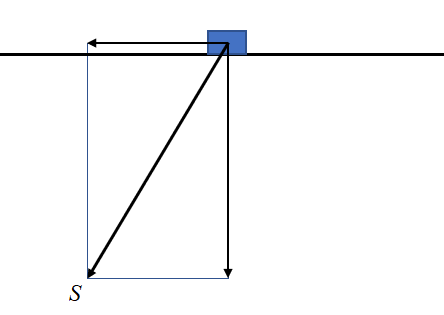 Now for a little excursion into the physics of the situation in order to define things so that we can eventually get back to the mathematics:

But if $\vec S_\perp$ is zero or is "away from" the surface then the surface does not interfere with the motion of the particle, which is simply accelerated in the direction of $\vec S.$

I think that ends the excursion into physics.

and under the conditions that $\lvert\vec S\rvert \neq 0$ and $\cos\theta \neq 0,$ this is equivalent to

So this means that for $\lvert\vec S\rvert > 0,$ the equilibrium conditions are obtained when the direction of $\vec S$ is within the angle $\alpha_0$ of the normal vector "into" the surface, where $\tan\alpha_0 = \mu_s$, as shown below. 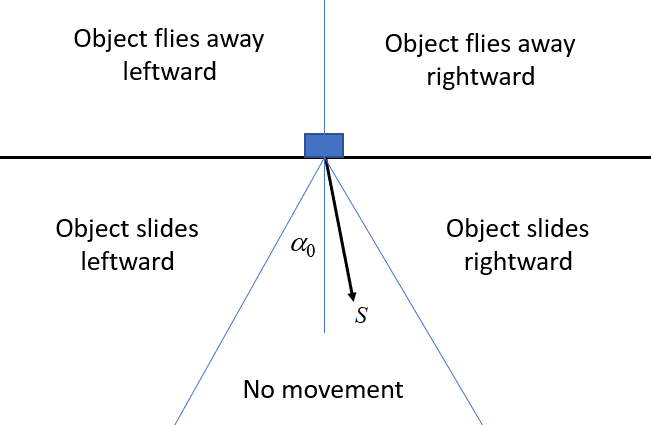 For an inclined plane in the presence of gravity, we get a force (the weight of the particle) along the "physically vertical line" in the figure below, whose angle from the normal vector is $\alpha,$ the same as the angle of inclination of the plane. In order for the particle to be at rest when influenced only by its weight and the forces exerted by the surface, the angle of the "physically vertical line" from the normal to the surface must be $\alpha_0$ or less. 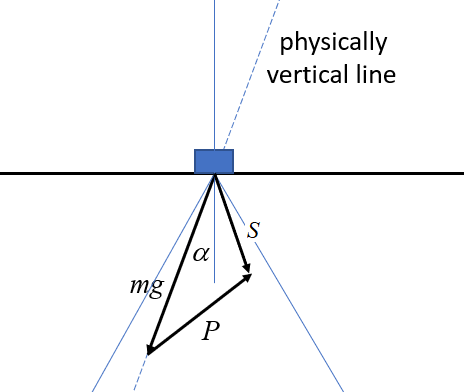 To make this a more rigorous solution, translate these graphical concepts further into inequations based on angles and magnitudes of vectors.

So no, if a particle is at rest in static equilibrium on an inclined plane, then if $P$ is pointing in the same quadrant as up the slope (and also if $\theta = 0$, i.e. $P$ is vertical), then the particle cannot accelerate down the slope.

Not the answer you're looking for? Browse other questions tagged geometry vectors classical-mechanics or ask your own question.

1
Mechanics Question: Where's my mistake?
0
Lagrangian of particle on a horizontal, square rotating hoop.
0
Uniform lamina (equilateral triangle) in a hoop.
0
Newtonian Mechanics - Find the acceleration of a particle on top of a wedge on top of a slope
1
A-Level Mechanics Ladder Friction Question. Is the question wrong?
0
Resolving Forces With Vectors. Find the Resultant Force
1
Incorrect exam question? A package moving up an inclined plane, find range of values of coefficient of friction
1
What is the greatest possible angle between two ladders freely joint at the top and on rough horizontal ground?