Prove that $BXOY$ is cyclic with spiral similarity over a midpoint 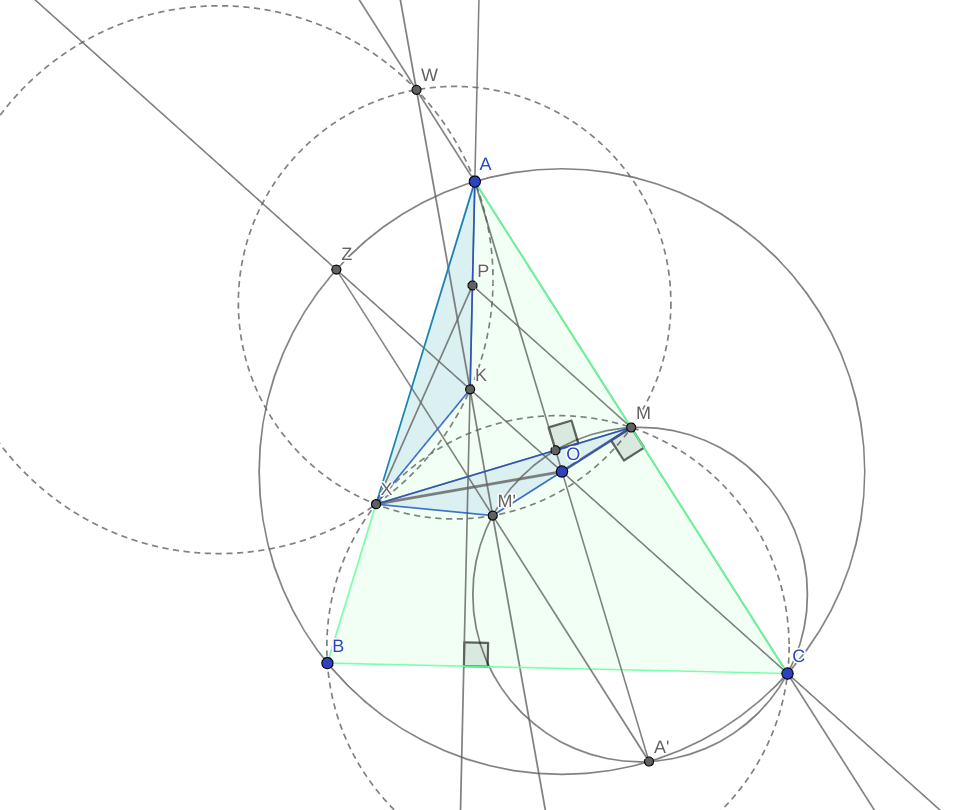 Now after this I want to prove

After this we will be done, because then we will have $\gamma : M'M \rightarrow KA \implies \gamma : O \rightarrow P \implies \Delta POX \sim \Delta AMX \implies \angle POX = \angle AMX=\angle ABC $

Nice observations and almost there!

So, as you have already shown that $\angle XAK = \angle XMM'$, its enough to show that $\angle AXP =\angle MXO$ (Notice that instead of $\gamma: MM'\mapsto AK$, I'm trying to show $\gamma: MO\mapsto AP$ and the reason for this is because as you observed $XM\perp AO$, showing angles $AXP$ and $MXO$ same would be equivalent of showing center of $\odot(AXO)$ lies on $XP$ and thus, this is a more natural way of approaching the problem.)

Not the answer you're looking for? Browse other questions tagged geometry euclidean-geometry geometric-transformation or ask your own question.