how to solve this question of parabola by only using euclidean geometry? 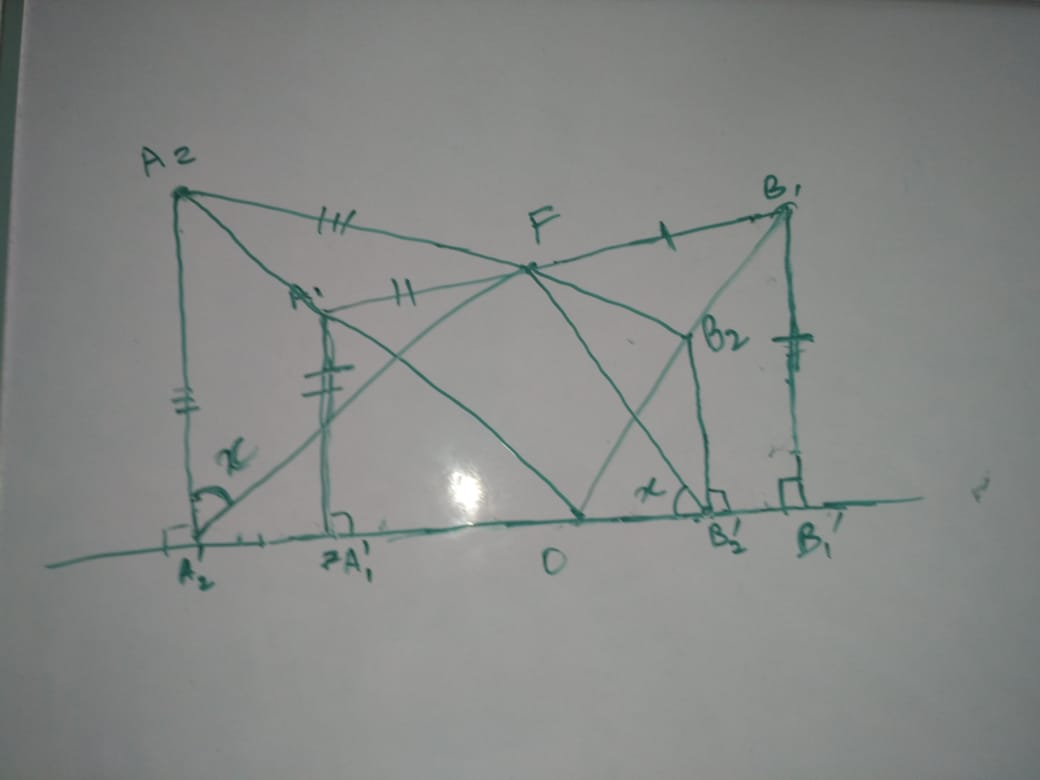 I solved it using the parametric form of parabola and got the answer. But then when I tried using geometry, I'm stuck, in the figure A1B1 is a focal chord, and A2 is a point on parabola, A2A1 intersects directrix at O. Then B2 is the intersection of A1F and B1O,B2' is foot of perp of B2 on directrix. The main target was to prove B2F=B2B'.how am I supposed to prove that the marked angles $x$ in the figure are equal? I'm stuck here!

This theorem is valid not only for a parabola but also for an ellipse or hyperbola: 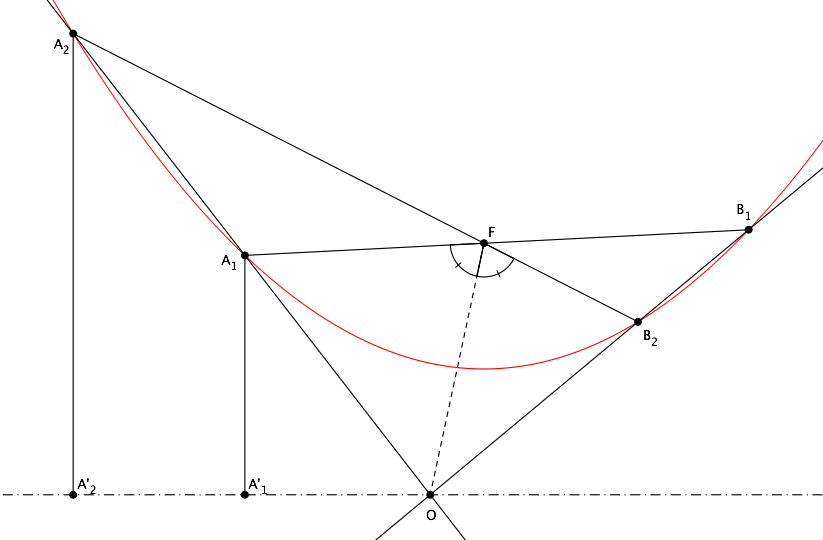 The argument given above can be expanded a bit, to prove some interesting properties of the tangents of a conic section.

The line tangent to a conic section at a point $P$ meets the directrix relative to focus $F$ at a point $O$ such that $\angle PFO=90°$.

In the particular case of a parabola, it follows that triangles $A_1FO$ and $A_1A_1'O$ are congruent, implying that the line tangent at $A_1$ is the bisector of $\angle A_1'A_1F$, a first well known result:

The line tangent to a parabola at a point $P$ is the bisector of the angle formed by the line passing through $P$ and the focus, with the line through $P$ parallel to the axis.

The lines tangent to a parabola at the endpoints of a focal chord are perpendicular and meet on the directrix. 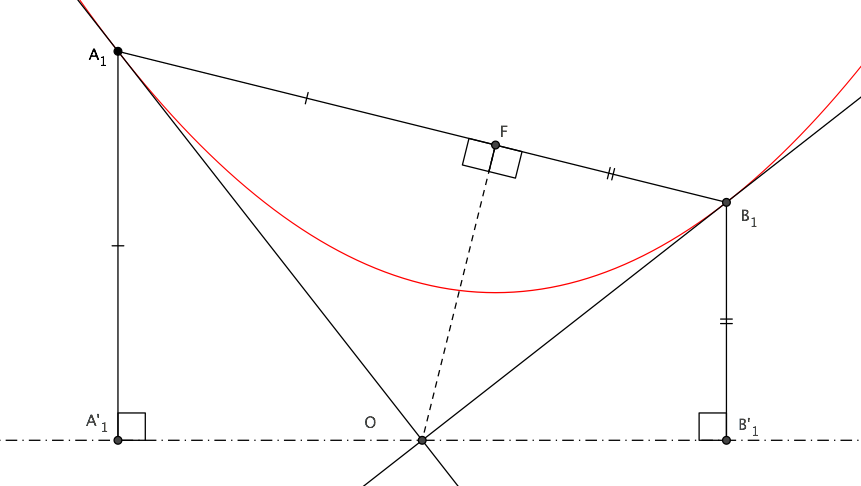 Not the answer you're looking for? Browse other questions tagged euclidean-geometry conic-sections or ask your own question.

0
Proving Focal chords property of parabola
0
Intersection of Focal Chords of an Ellipse
2
Let the focus S of parabola divide one of its focal chord in the ratio 2:1. If the tangent at Q cuts directrix at R such that RQ=6...

0
How do I show that a parametric equation intersects the directrix?
0
Show that lines created by certain points on the parabola intersect at the directrix?
2
Help with Conic: Hyperbola's chord of contact
4
Prove that the common chord passes through the origin.
1
Geometrical proof for length of chord passing through vertex of parabola
3
Right angle formed at focus of parabola
0
Can we say that , for a parabola , no such point exists inside the parabola which is midpoint of more than one chord?
1
A parabola with focus $(3,4)$ touches $y=x$ and $y=0$. Find its directrix, equation of parabola and vertex.