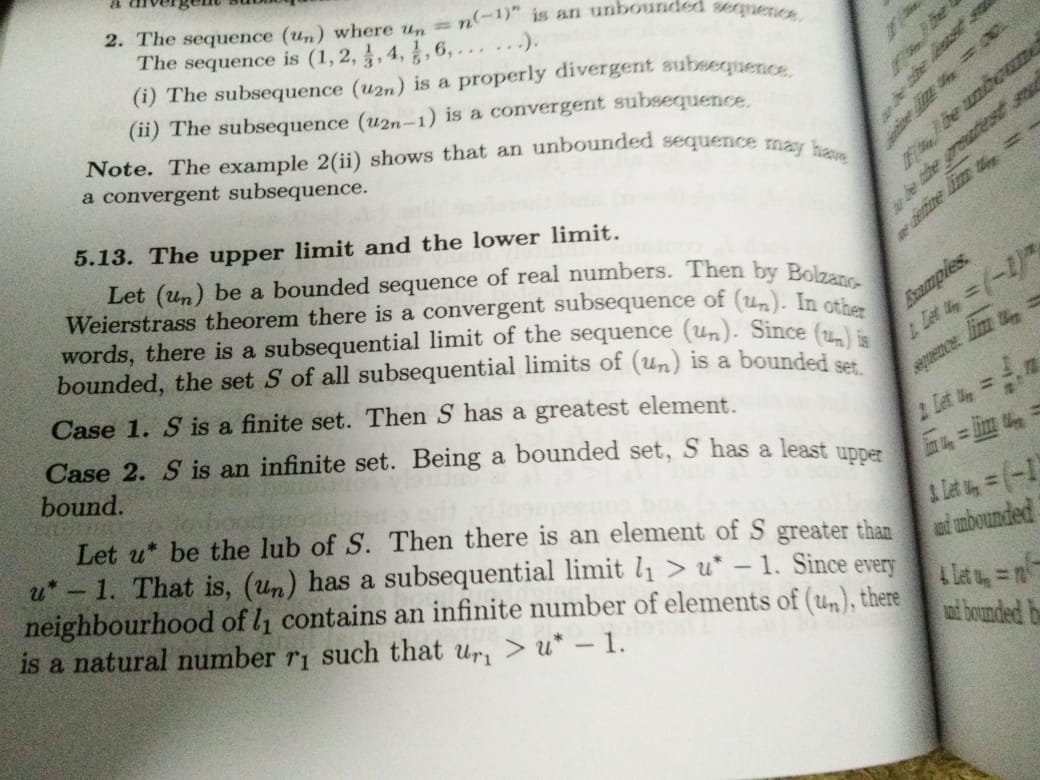 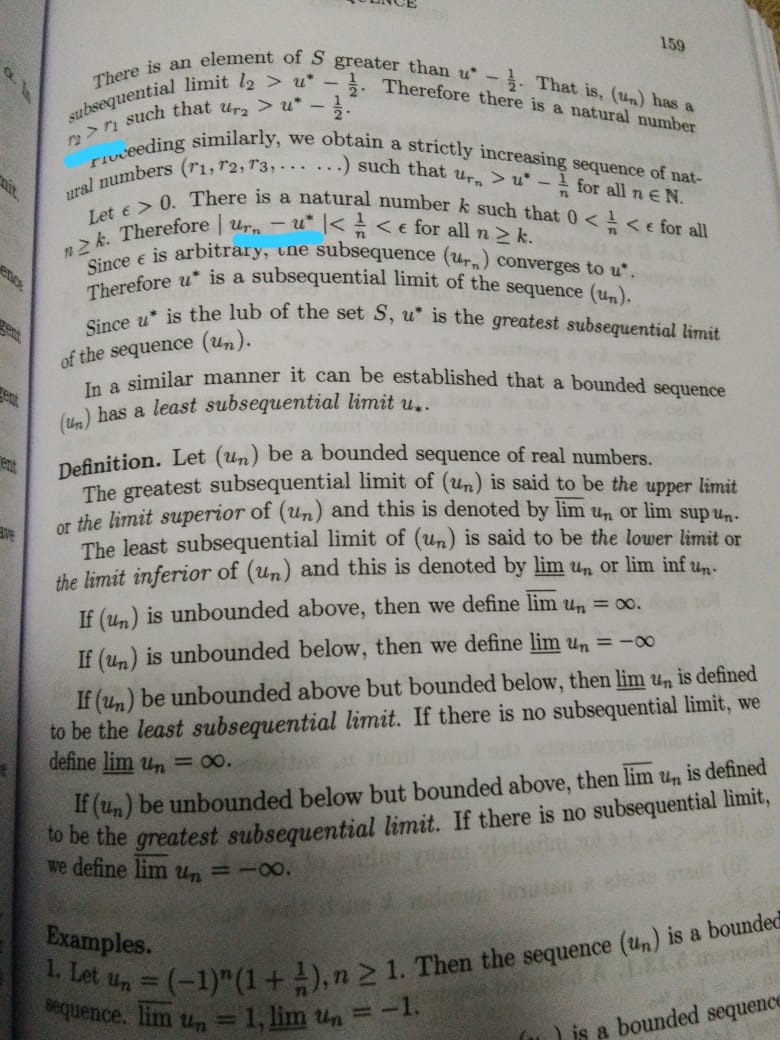 I am studying Real Analysis on my own. I am currently trying to understand sequences. I cannot understand the parts marked in blue in the second picture.

Let's suppose $u^*$ is the least upper bound. If we subtract $1$ from it, then it is no longer an upper bound, meaning there is subsequential limit $\ell_1$ (meaning there is a subsequence which converges to $\ell_1$) with the property that $\ell_1 > u^* - 1$. Since this is a subsequential limit, we can use the definition to figure out there has to be infinitely many $u_n$ which satisfy the condition that $u_n > u^* - 1$. Let's choose $r_1$ to be one of these.

By definition of convergence, there are infinitely many $u_n$ which satisfy

Again, there are infinitely many $u_n$ which lie between these bounds by the definition of convergence. Choose $r_2 > r_1$ so that this holds. Now repeat the process to create an increasing sequence $\{r_n\}_{n=1}^\infty$ so that

Use the Archemedean principle to get convergence.

Not the answer you're looking for? Browse other questions tagged real-analysis sequences-and-series limsup-and-liminf or ask your own question.

9
Prove that subsequence converges to limsup

0
Real Analysis Lemma for Covering Sets
0
Real Analysis Limit Proof
0
A query in the proof of convergence of the set $\{1/n\}$
0
What does it mean that the rationals can be hidden behind segments of the reals?
0
one real analysis problem to prove the existence of a sequence and limit of a sequence
3
Theorem 3.17 in Baby Rudin: Infinite Limits and Upper and Lower Limits of Real Sequences
1
Limit proof in real analysis
3
Flirting Sequences (Real Analysis)
0
Problem in understanding a proof of Cauchy's general principle of convergence