Prove that 4 points are concyclic in a shape which includes right-angle triangles, bisectors, and circumcircles of triangles

I have come across the following question: 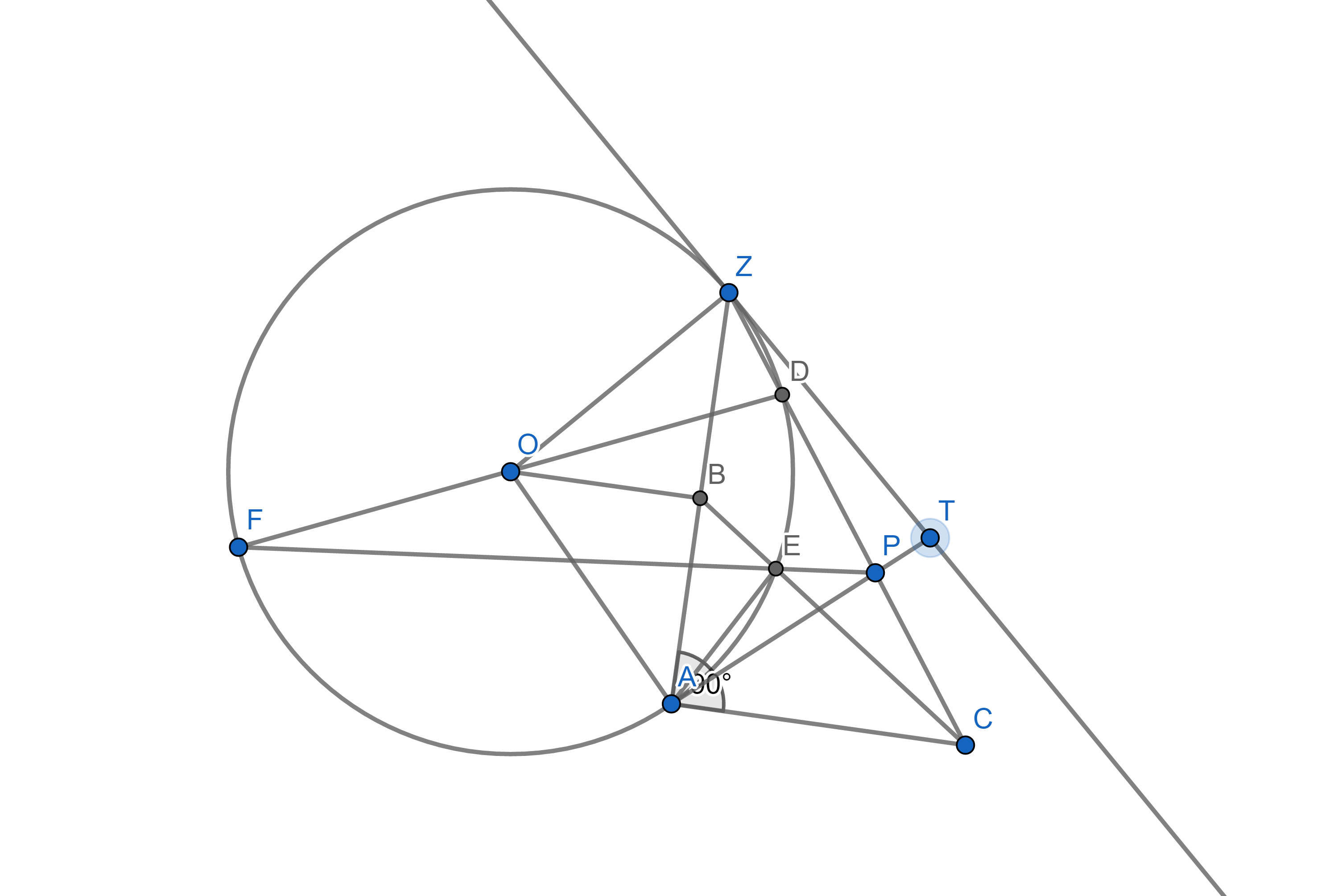 I made the following observations:

This is all I managed to think of for this question. Is there anyway to solve it based on some or all of my observations?
geometry proof-writing contest-math euclidean-geometry problem-solving
Share
edited Sep 12, 2020 at 7:00

The idea is to show that the points $Z,B,E,P,T$ lie on the circle with diameter $ZT$. 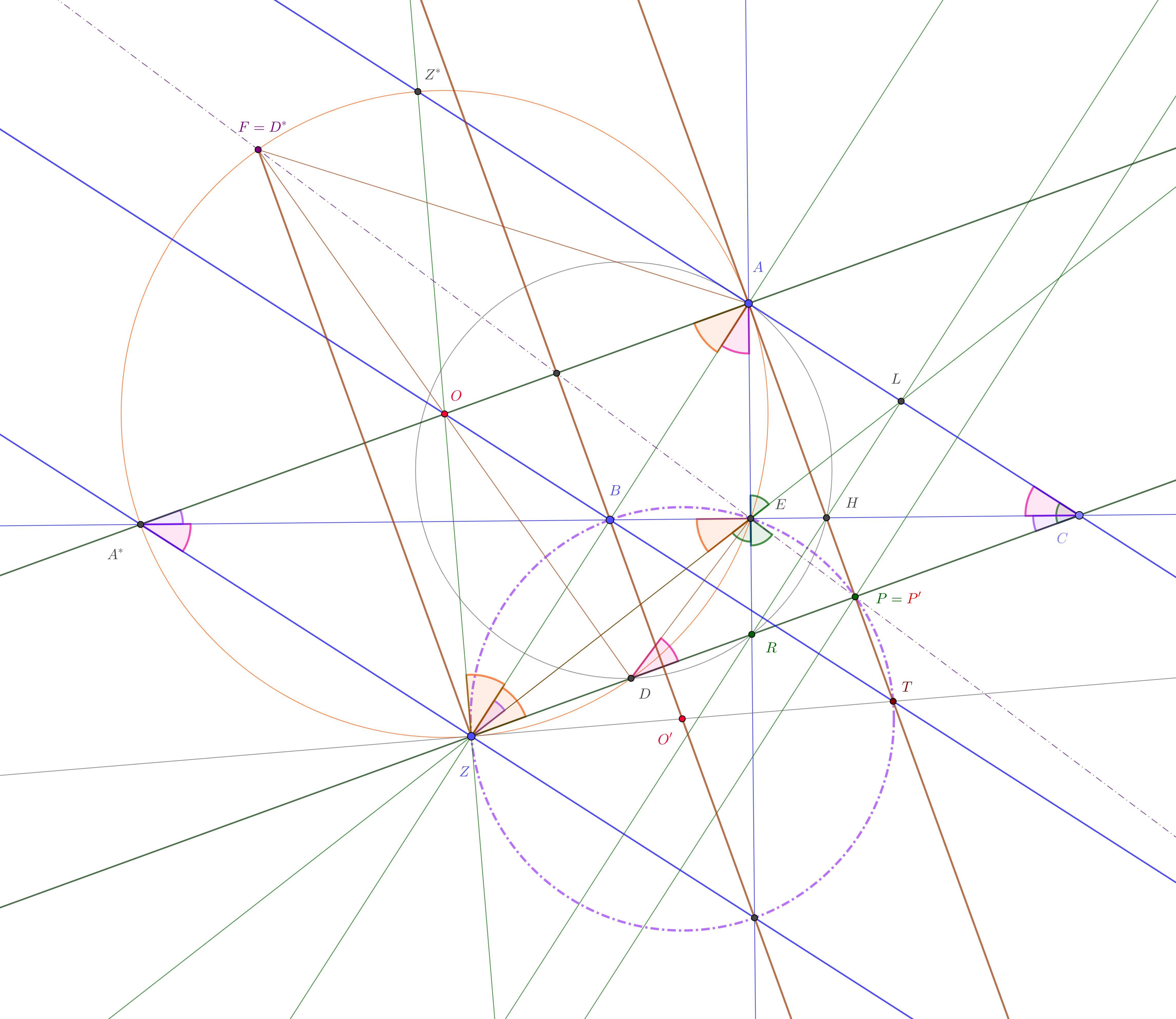 and a not so nice comment. Composer of geometry problems often take a series of ten points introduced in a simple way, they get a concrete geometric constellation, then they find for the simplest points a (most) complicated way to introduce them. Each simple property becomes hard, except for the case when we also reverse the order. Terminology: "Composition by contorsion". Example: The point $P$ is simply the projection of $A$ on $CZ$. I will use $P'$ from the beginning for this projection, in a final it turns out that $P=P'$. (The "contorsion" is best combined with the choice of all letters from alphabet, so that the reader finds it hard to remember them and their properties.) This is a good way to produce "hard problems" e.g. for challenges, but is not a good way to structurally educate the young geometric eye and give it a direction of study.

I will break the solution into pieces. (Still keeping the notations for the parallel.)