Get one Reidemeister type three move from another one

In his book "An Introduction to Knot Theory", Lickorish states (on page 3 of my version) the well known Reidemeister theorem the following way (I'm only paraphrasing his words): Any two links are equivalent if and only if they only differ by a finite sequence of the following three moves:

Then the reader is given the exercise to show that these moves can be used to produce (among others) another version of the Type III move:

I have tried a long time to come up with a way to do this, starting from the left side and using the Type II move and the Type III move from the theorem, but all I got were increasingly complicated diagrams that I could not transform to the desired right side. Any help would be much appprechiated.

You already answered your own question, but here's a sequence of moves for your specific move III:

I have found an answer to the question in Michael Polyak's "Minimal generating sets of Reidemeister moves" (Quantum Topol. 1 (2010), 399–411), it is quite lenghty (my questions did not include the orientations, so we can just disregard them here): 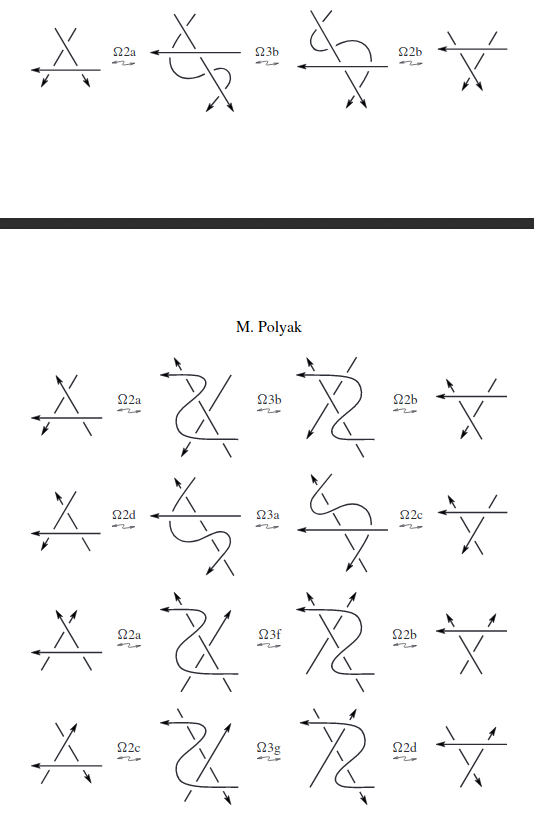 Not the answer you're looking for? Browse other questions tagged general-topology knot-theory or ask your own question.