To integrate $y=f(x)$ from $a$ to $b$ we break the function into small rectangles of width $dx$. So the $n$-th rectangle will be at a distance of $n\,dx$ from $a$ on the $x$-axis. Let there be $t$ rectangles between $a$ and $b$. Therefore $b=a+t\,dx$. But $t\,dx$ will be very small for any positive Integer $t$ due to the properties of Infinitesimals. So how will it ever reach $b$? Do I have any misconceptions regarding calculus and infinitesimals?

In his book Infinite Powers, Steven Strogatz mentions this exact issue which you are describing. He considers the difference between 'completed infinity' and 'potential infinity'. I will get to your particular issue soon, but first, I will describe a similar problem that helps pinpoint what is going on. 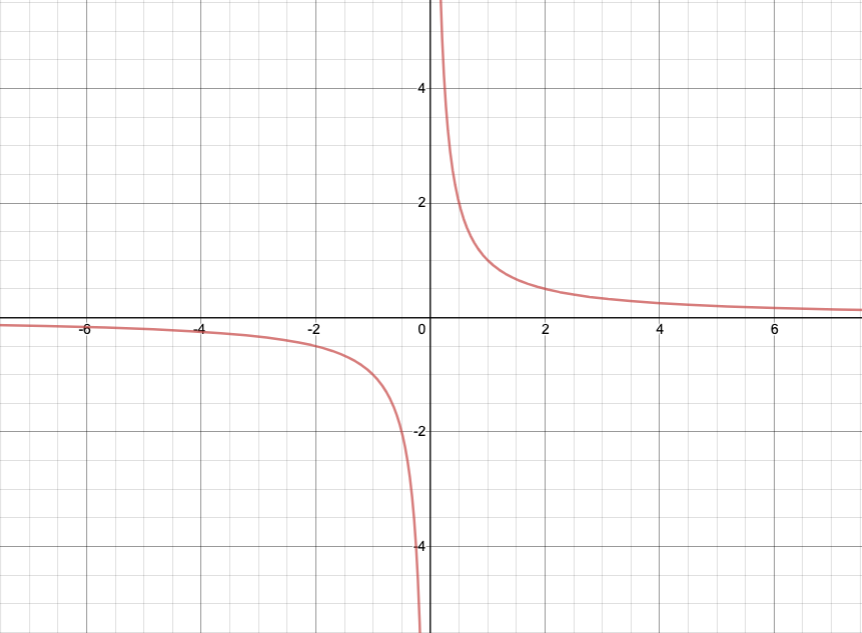 Don't worry if all of the little details don't make complete sense to you. Just try to remember these two key facts:

Now let's compare what we have learnt about limits with what we think we know about infinitesimals. The biggest problem with the concept of an infinitesimal in my mind is that they suggest that there is a 'smallest possible number'. Actually, when we are working with the standard real numbers, there is no such thing. This should be intuitively obvious: however low you go, you can always go lower. You might also be sympathetic to the idea that $$ 1/\text{infinitesimal}=\infty $$ Again, this is problematic, not least because it treats infinity as if it were a number. Therefore, we should be extremely cautious when someone mentions the words 'infinitesimal', or 'infinitely small'. Often when they do, they are using these terms as a mere shorthand for the limits we worked with earlier. For instance, if I write 'as $x$ becomes infinitely small, $1/x$ becomes infinitely large', then this would be rather sloppy, but it would also be generally understood by those well versed in the fundamentals of calculus. (I would warn against using such language though.)

Other times when people mention infinitesimals they are talking about nonstandard analysis, in which the idea of an infinitesimal is formalised. But let's not get sidetracked. As far as I am concerned, 'infinitesimals' do not exist. This should be your view too. While infinitesimals may be intuitively appealing, we should always confirm that our intuitions are in line with reality. Otherwise, we are asking for trouble.

Finally, we get to your question. If I understand correctly, you are asking about $$ \int_a^b f(x) \, dx $$ As you have already correctly pointed out, integrals are based upon splitting up a curve into many small rectangles, each with a certain width. Let's call this width $\Delta x$. We can approximate the area under the graph as $$ \sum_{a+\Delta x}^b f(x) \, \Delta x $$ Do not despair if the above expression looks unfamiliar to you. All it means is that each rectangle has a fixed width $\Delta x$. The length of each rectangle is dependent on the height of the curve at each point—hence why the length is $f(x)$, where $x$ is a variable that goes from $a$ to $b$. And of course, the approximation comes from summing the areas of the rectangles. To visualise this, here is an animation taken from Wikipedia:

As the animation rightly suggests, the approximations become better as $\Delta x$ approaches $0$. This is where $dx$ steps in. You can imagine that if the rectangles have an infinitely small width, then the rectangles get the area exactly right. Historically, $dx$ was indeed used in this way to represent an infinitesimal change in $x$. However, modern standards of rigour have rendered this interpretation of $dx$ largely obsolete. Because of all the paradoxes they can create, infinitesimals are best avoided in formal mathematics, at least within the context of 'standard' calculus. Instead, $dx$ should be seen as part of a shorthand for a limit expression. For example, if $y=f(x)$, then $dy/dx$ is a shorthand for $$ \lim_{\Delta x \to 0}\frac{\Delta y}{\Delta x}=\lim_{\Delta x \to 0}\frac{f(x+\Delta x)-f(x)}{\Delta x} $$ In this case of integrals, we can imagine that $$ \int_a^b f(x) \, dx $$ represents the sum of infinitely many infinitely small rectangles of width $dx$. But even just writing this makes me cringe. The fact that the number of rectangles gets bigger and bigger does not mean that there are infinitely many rectangles (hence the difference between 'potential infinity' and 'actual infinity'). And judging by the sentiments you expressed in your question, infinitesimals may be not the right approach for you either. You are absolutely right about the apparent paradox created if we interpret the width of each rectangle as truly 'infinitesimal'. The formal definition of an integral sidesteps this issue entirely by defining $\int_a^b f(x) \, dx$ as the limit of the sum of the areas of the rectangles as $\Delta x$ approaches $0$: $$ \lim_{\Delta x \to 0}\sum_{a+\Delta x}^b f(x) \, \Delta x $$ A pattern seems to have emerged. Every time you catch yourself thinking about infinitesimals, think abouts limits! You don't need to throw your intuition out of the window—if you find infinitesimals useful for building up your mental picture of calculus, then it would be unwise for you to do away with them. Equally though, never forget what it is really going on.

*Be careful with the phrase 'approaches infinity'. This has a very different meaning to 'approaching $5$', say. If I say $x$ is approaching infinity, then all I mean is that $x$ is getting bigger and bigger. That's it.

**In this particular case, the limit 'does not exist', as we get end up with two different answers: $+\infty$ and $-\infty$, depending on whether we approach $0$ from 'above' or 'below'. Therefore, we have to restrict ourselves to considering the case where $x$ approaches $0$ solely from the positive end, or solely from the negative end.

16
Justification of algebraic manipulation of infinitesimals
4
Intuition about Taking an Integral
0
relation between derivative and integral regarding area and distance traveled
1
Understanding $\sum_{k=1}^n f(c_k)\Delta x_k$
2
Volumes 3-d Calculus
0
Is the definition of the Riemann sum from Thomas' Calculus correct?
1
Length of a curve and calculus
0
Moment of inertia of a cone frustum with a cylinder cut out (using integral)
2
Concern regarding infinitesimal errors