Center of a circle in polar coordinates

So I was attempting to solve a topology exercise when the following question came to me.

The objective was trying to fine a bijection $f$ between the following disks in $\Bbb R^2$:

The first thing that came to my mind was to use polar coordinates, so let's redefine both disks as:

Now we can just simply scale disk 1 into disk 2:

My question about the injectivity of this function, more concretely in the center of the disks.

Let $\varphi_1,\varphi_2 \in [0,2\pi]$, with $\varphi_1 \neq \varphi_2$. Then how do we treat points like $(0,\varphi_1)$ and $(0,\varphi_2)$. In the disk they represent the same point: the center of the disk. But, when learning about double integrals with polar coordinates, my teacher taught us that when we use polar coordinates to describe a disk we are just defining an rectangle in the $rO\varphi$ plane, instead of in the $xOy$ plane: 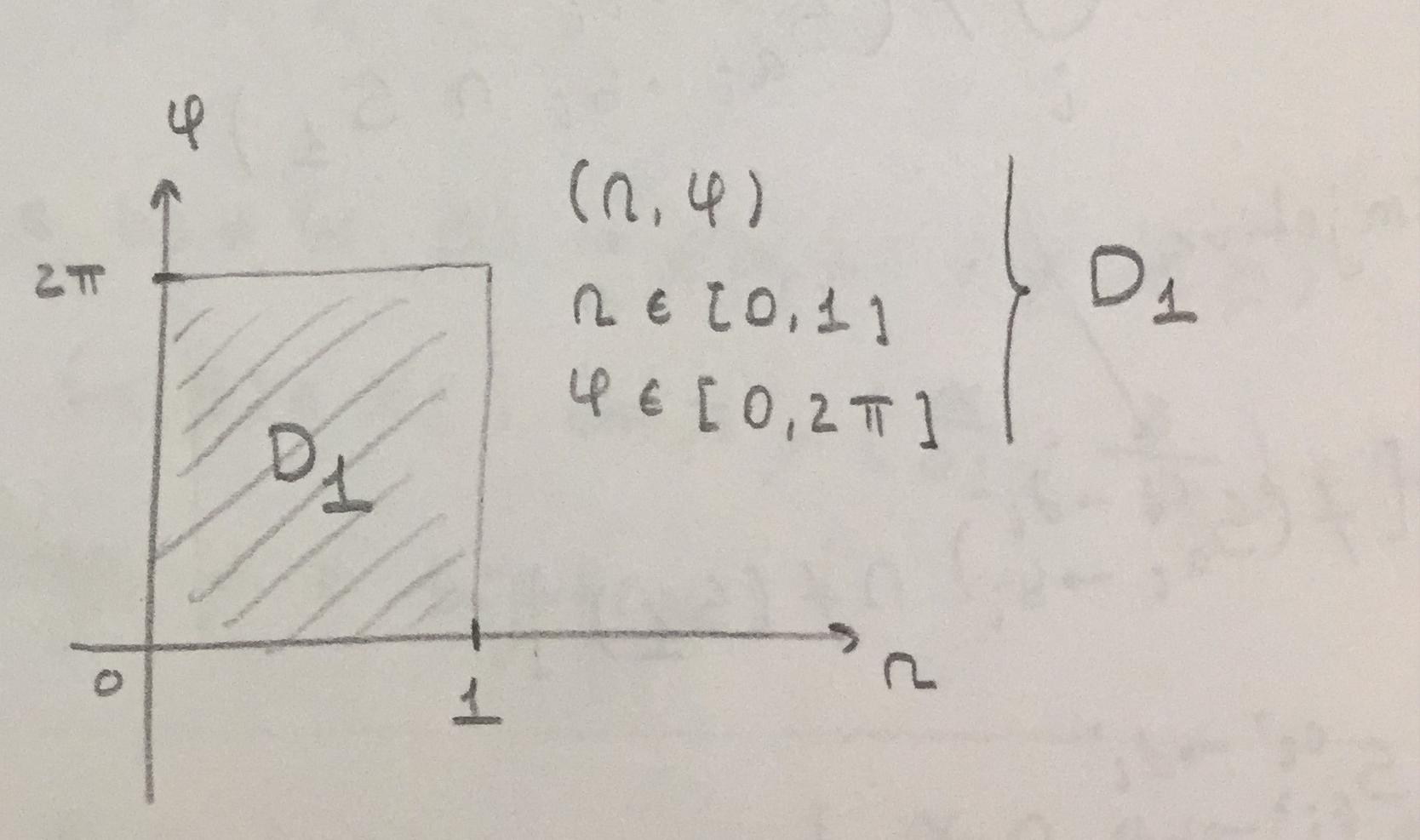 And all the points of the form $(0,\varphi)$ are in that line in $\varphi-$axis and are indeed different points.

Your function is simply $(x,y)\mapsto2(x,y)$, and therefore it is injective (indeed, bijective).

Concerning your final questions, all the pairs $(0,\varphi_1)$, with $\varphi\in[0,2\pi]$, describe the same point (the origin), and therefore there is no problem there.

The correct way to define polar co-ordidinates is using the domain $r > 0$ , $\varphi$ in $(0, 2\pi)$ so that the transformation between cartesian and polar co-ordinates is a diffeomorphism (has a differentiable inverse).

Not the answer you're looking for? Browse other questions tagged polar-coordinates or ask your own question.

1
Probability functions with 2 random variables
0
Collision detection of two circular sectors in mixed polar and Cartesian coordinate
1
Finding an argument function in a sinusoidal along a circle
4
Mexican Hat wavelet in polar coordinates
0
How to find the position on a circle that satisfies two constraints?
2
Green's Theorem in polar coordinates - what am I doing wrong?
2
How to describe the graph of a spiral whos origin moves over time?
0
Circle in polar coordinates, center and radius