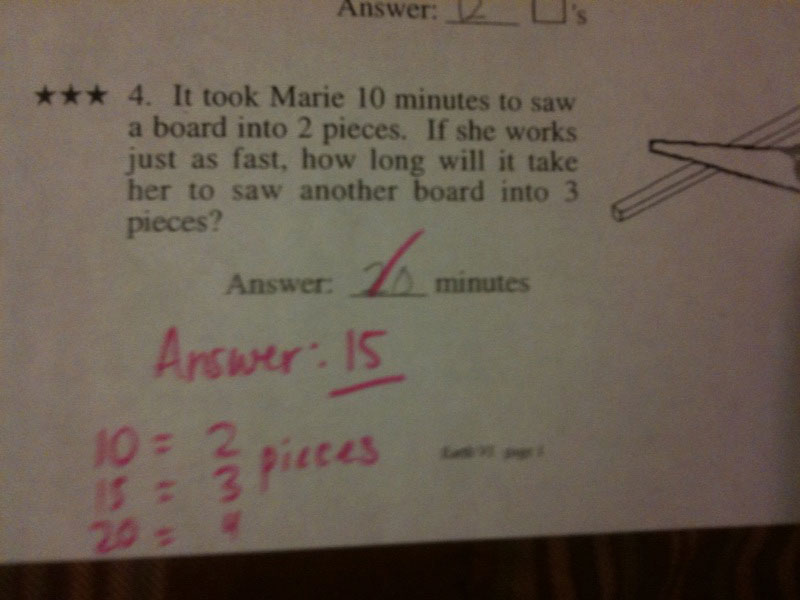 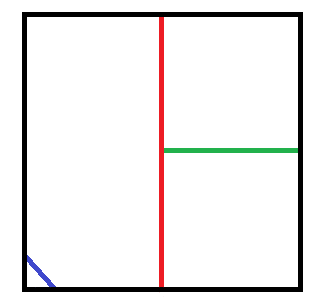 The question may have different weird interpretations as I am happy commented:<br

This is logical but you can be sure that this is not what the question meant, but the student has chosen the most relevant one. The teacher's interpretation is mathematically incorrect. 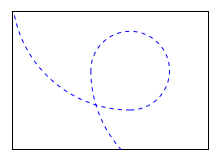 Something is wrong, certainly. Several answers have debated the question of whether it was the student or the teacher who was wrong. I see another possibility: the question is wrong.

"$15$ minutes" and "$20$ minutes" are both reasonable responses to a question which was unsound in what the circumstances seem to be. The correct thing would've been to present the underlying proportions question in a different and clearer way.

Not the answer you're looking for? Browse other questions tagged arithmetic word-problem or ask your own question.

144
Apparently sometimes $1/2 < 1/4$?
4
Cutting a cube by plane cuts
1
How many possible numbers do I have?
1
How to calculate the average molar mass of the atmosphere?