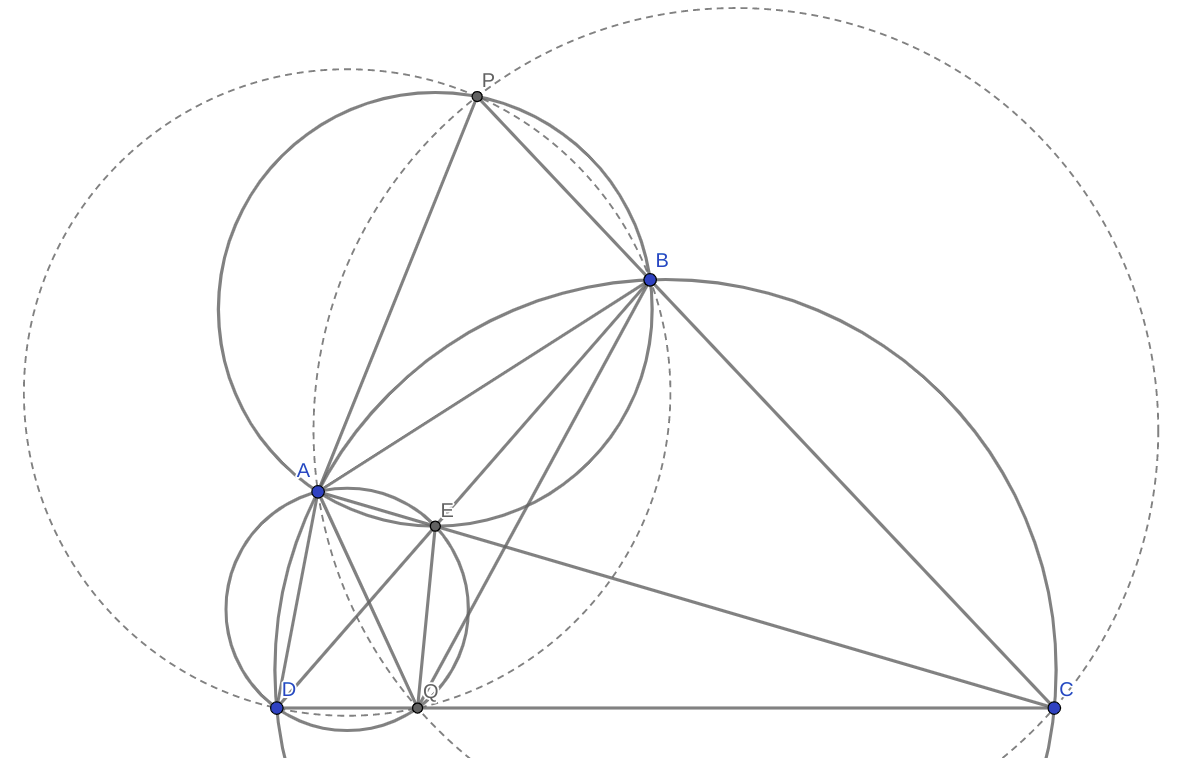 or enough to show that $\angle ADC= \angle ABC$ , which is true since $ABCD$ is cyclic.

after that I am stuck.

I observed that $FG , AM, PQ$ concur but was not able to prove. Can someone give hints? 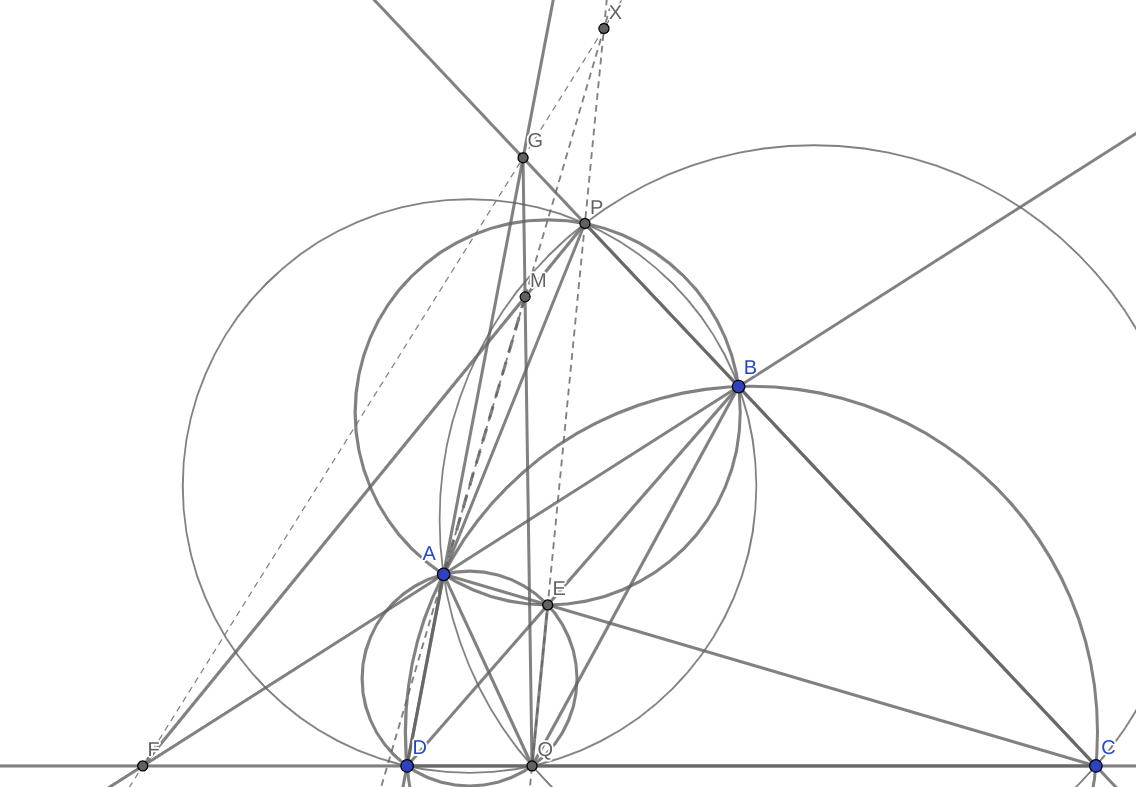 Continuing from where you finished...

So, we have $PBDQ$ cyclic and $E\in PQ$. Now focus on quadrilateral $PBDQ$. From definition $A$ is the Miquel Point of the quadrilateral $PBDQ$. Now let $X:=PD\cap BQ$ and thus, by Miquel point properties, we get that $A$ is projection of $X$ on $CE$. Thus, its enough to show that $M,A,X$ are collinear but this is trivial. Just apply Pappus Theorem on $\{PGB,QFD\}$ completing the proof. $\blacksquare$