Proof: Since $CA$ is the diametre , we have CA as the perpendicular bisector of $LN$ .

Similarly $CB$ is the perpendicular bisector of $KM$ . 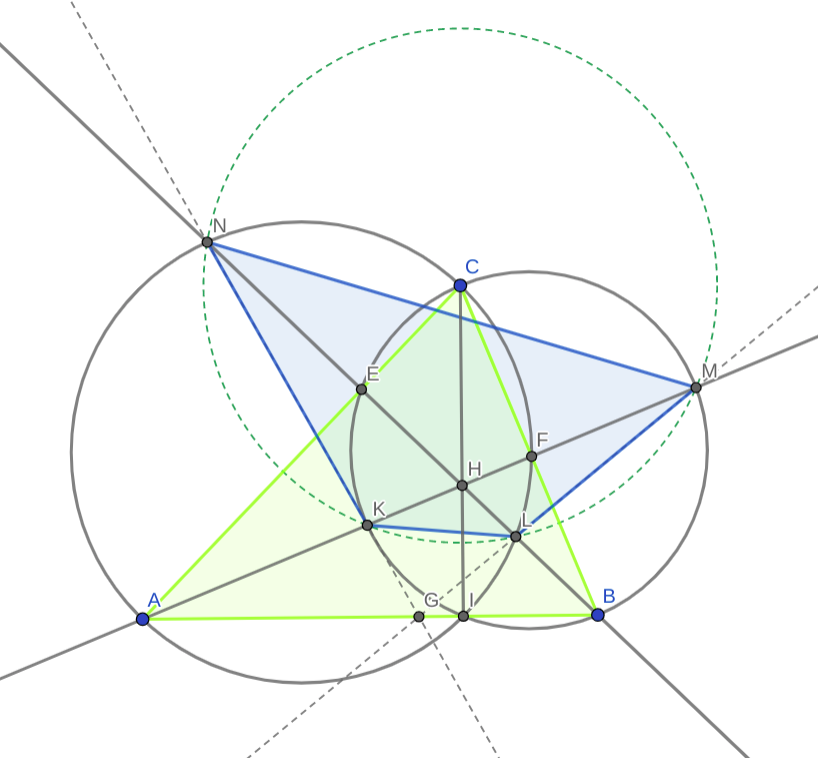 You know the polar of $A$ is perpendicular to $AC$