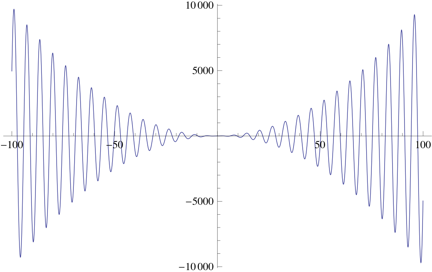 In the comments, several folks indicate that WolframAlpha produces strange results and/or should not be trusted too much. Of course, no software should be trusted too much but, in this particular case, I think that Alpha's response is perfectly reasonable. Here's what I see when I enter limit x^2/(x+sin(1/x)) as x->0: 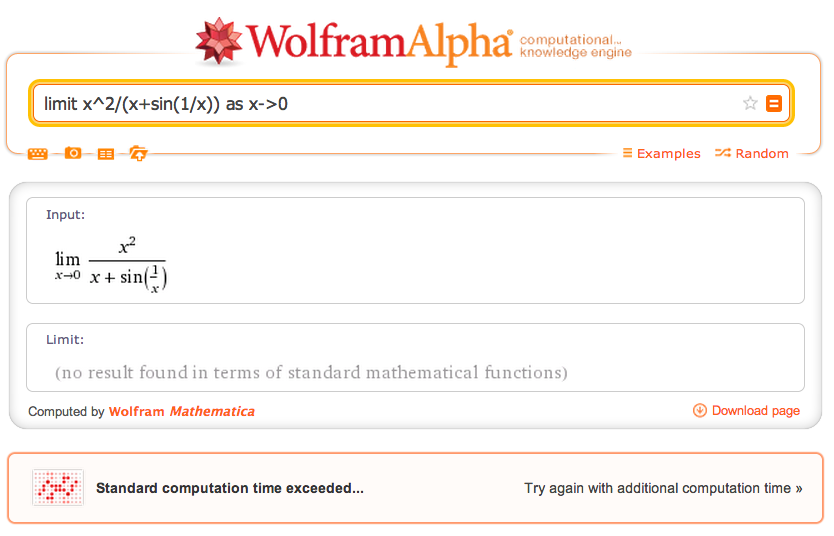 Now as Don pointed out, Alpha reports that standard computation time was exceeded. Nonetheless, the pod of primary interest, namely the "Limit" pod, did complete and simply says "no result found...". This seems perfectly reasonable, although, "does not exist" or "undefined" could be even better.

As several folks also pointed out, an examination of a graph makes sense as well: 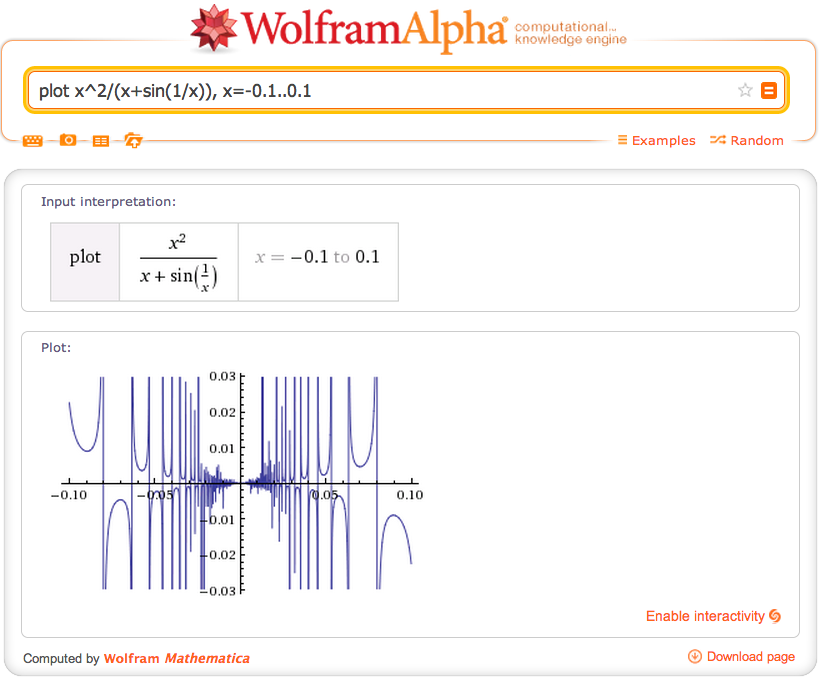 It now becomes crystal clear what's going on. For every $\varepsilon>0$ there are $x$ values with $0<|x|<\varepsilon$ and $x+\sin(1/x) = 0$ so that the function is simply not even defined on any entire punctured neighborhood of the origin.

Also, while it is certainly sufficient to show that the function is arbitrarily large and small in any neighborhood of the origin, it's not necessary to show this; really the problem is much simpler than that. Again, in order for the limit definition to be satisfied a function must be everywhere defined in some punctured neighborhood of the origin, i.e. some set of the form

and this function isn't - done. As a similar example, you might consider $f(x)=x\sin(1/x)/\sin(1/x)$. This function is, in fact, bounded and the same as $y=x$ except at an infinite sequence of points that converges to the origin where it is undefined. A graphical representation that somewhat captures this is the following: 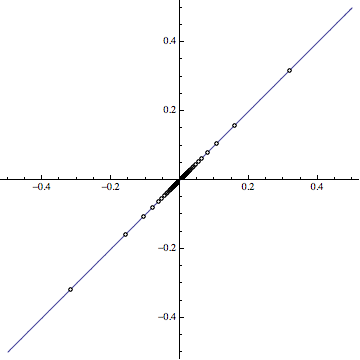 According to WA and to this site , the limit seems to exist and be equal to zero, yet in any neighbourhood of zero there is one point (well, in fact infinitely many) where the function's denominator vanishes and, thus, the limit cannot exist in fact. We can try to show this as follows: define

Since clearly $\;w_n\,,\,z_n\xrightarrow[n\to\infty]{}0\;$ and since $\;f\;$ is continuous in the positive reals, we can see that in any neighborhood of zero $\,f\,$ changes sign infinite times, and this means our original function isn't defined in infinite points (using the MVT for continuous functions) within any "small" right neighbourhood of zero. The same can be shown on the negative side of zero.

Not the answer you're looking for? Browse other questions tagged limits or ask your own question.